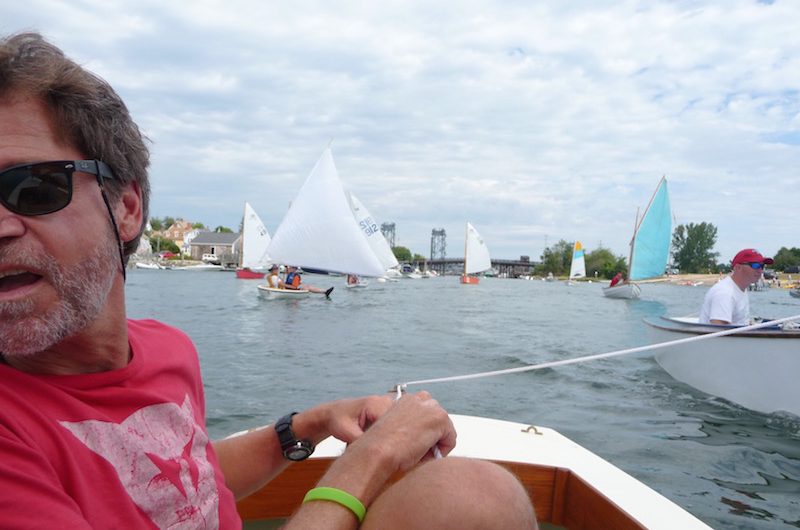 There’s a rumor going around that the only reason I’ve been looking to sell Mimi, my beloved Drascombe Dabber, is because she’s not competitive in the Round Island Regatta, an anarchic free-for-all involving small sailing and paddle/rowing vessels that is convened each summer on the back channel here in Portsmouth. And yes, it is true we did very poorly in Mimi last year. And I will confess it had crossed my mind that the Melonseed skiff I had set my heart on as Mimi’s successor might just get me on to the podium.

And, in fact, it almost turned out that way. In that photo up top (taken by my crew, daughter Lucy) you see me helming our new Melonseed, MiMi2, at the Class 1 start of this year’s regatta this past Saturday. We did well off the line and were in the top three (out of 27 boats in Class 1 Sail) after one lap round the course. And by the end of the second lap, we had a firm lock on second place. But then the anarchy factor took hold.

We had been told at the skipper’s briefing that we should all sail three laps round the course. But evidently the race committee never received this memo and sent some, but not others, around a fourth time. We were in the former group, but didn’t learn this until after we’d set up to cross the finish line (in second place) after our first three laps. We had to re-round the bottom mark to start our fourth lap, and so unfortunately slipped into third place.

We seemed then to at least have locked on to third place, until we completed our fourth lap and were edged out at the finish line (by mere inches) by another boat that had sailed only three circuits of the course.

Those who have followed the regatta from its inception won’t be surprised by any of this. After the very first event the race committee was unable to identify even the first-place finishers, and to limit confusion and acrimony have since seen fit to recognize only line-honors competitors. So really there is no difference, podium-wise, between second and fourth place.

Now in its fifth year, the regatta has in other respects made great strides forward. So much so we even succeeded in persuading New Hampshire Governor Maggie Hassan to hand out the prizes this year at the post-event picnic, held on the grounds of the Wentworth-Lear Historic Houses, non-profit recipient of all regatta proceeds. 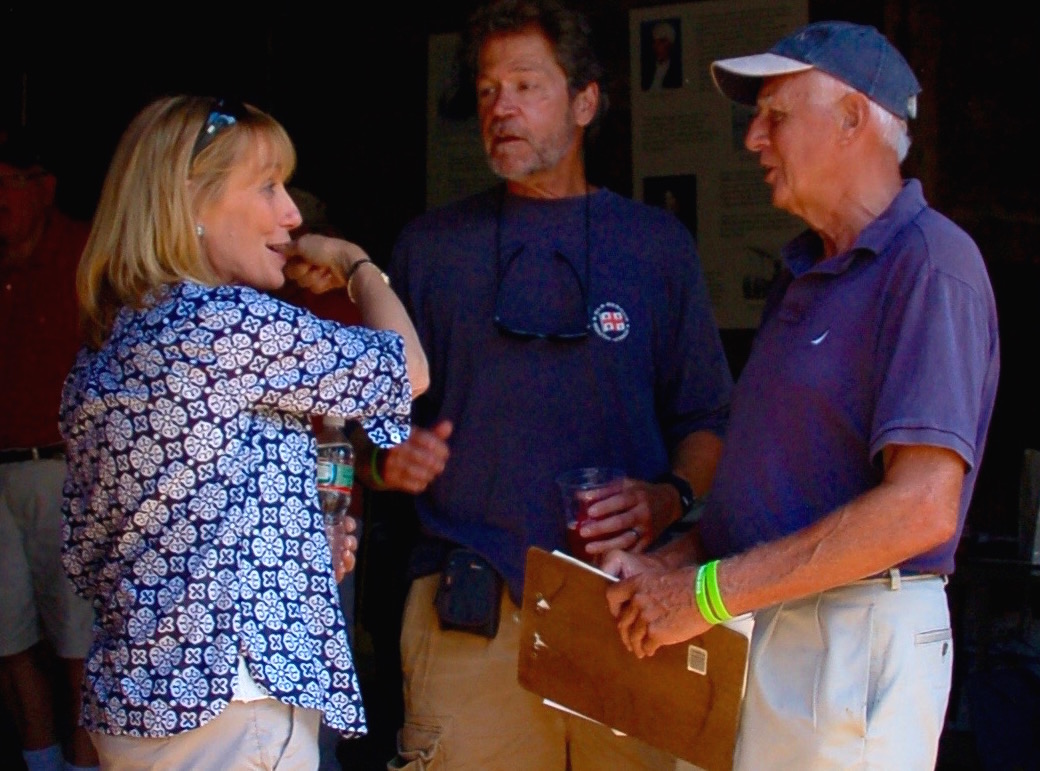 Gov. Maggie (left) confers with yr. humble narrator (center) and event founder Chas. “May I Cast Off Now?” Lassen (right) prior to the awards ceremony 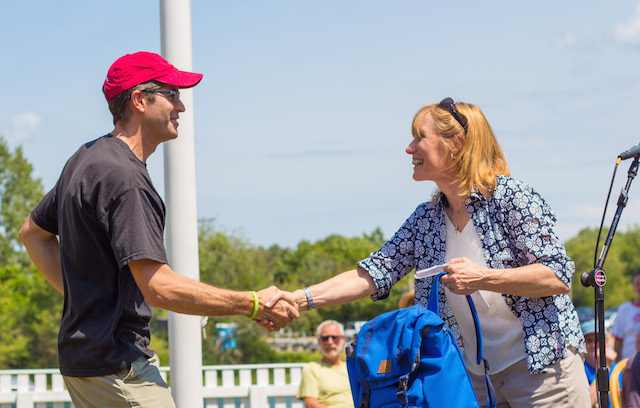 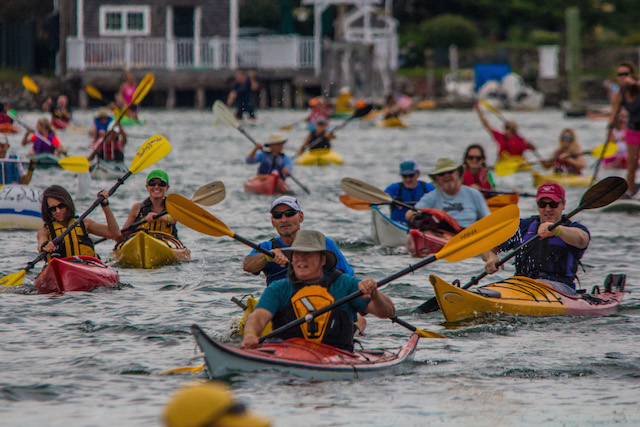 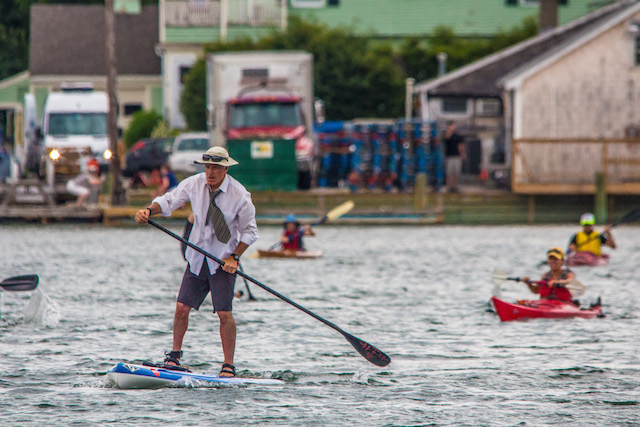 Drew Craig, winner of Most Handsome Boat & Crew in Class 2, shows off his style 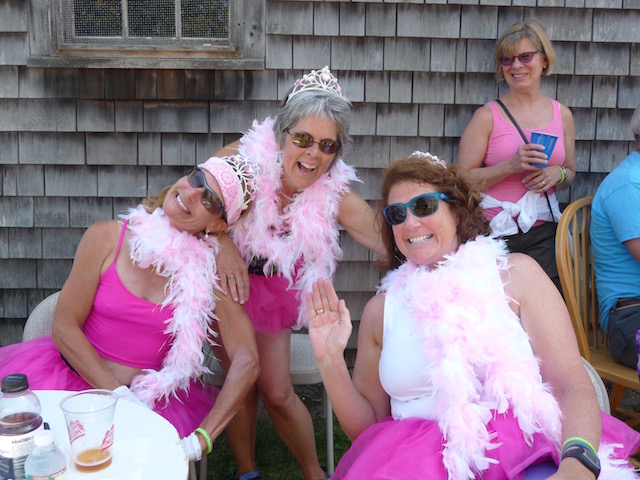 Other contenders in the Most Handsome competition 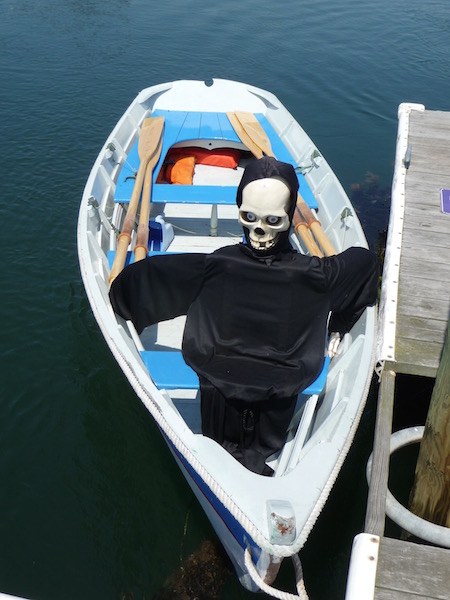 For the record, here are this year’s official winners:

Getting back to that rumor, I’ll note first that the Melonseed skiff was indeed very competitive this year. We weren’t giving up anything to anyone in terms of boat speed and might easily have taken line honors but for some tactical errors committed by yours truly.

But that’s not really why I wanted the boat. 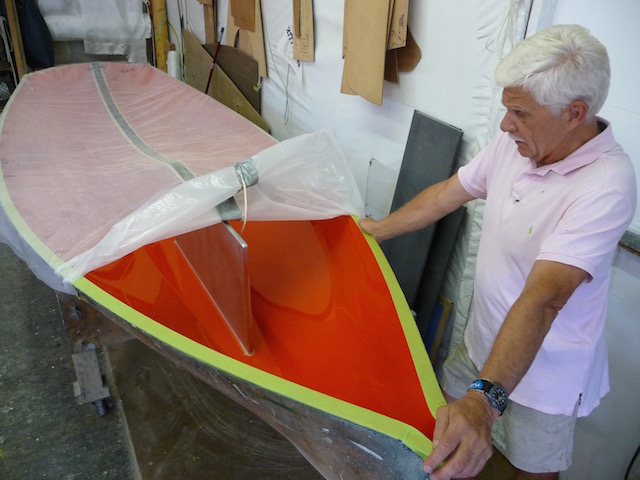 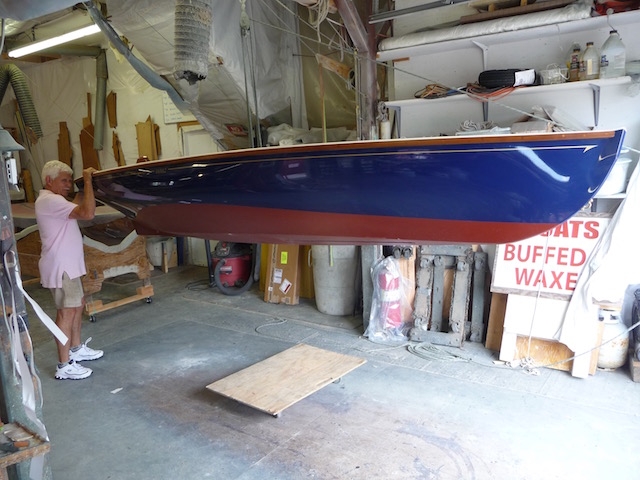 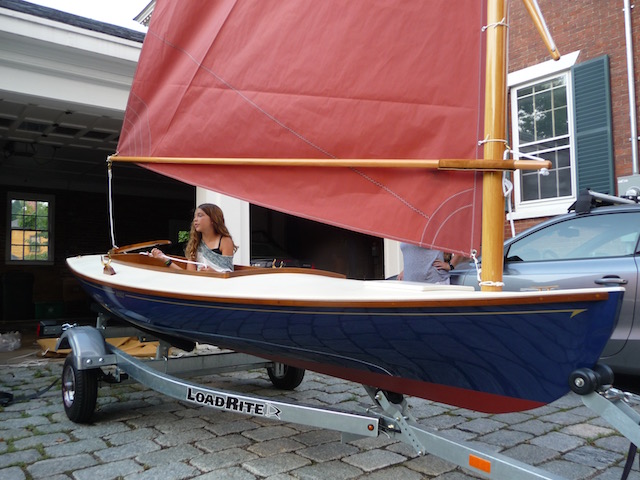 Lucy tries MiMi2 on for size after her arrival in Portsmouth

Much as I love Mimi 1, she is a bit too unwieldy for an inexperienced child to handle confidently, and I am hoping someday that Lucy (or maybe even Una?) will develop an interest in taking command of at least a small sailboat. Also, Mimi 1’s range under sail in the Portsmouth backwaters is limited by the height and complexity of her rig. She won’t fit under the many local bridges and causeways, and her heavy spars and standing rigging make de-rigging and re-rigging her to pass under same a bit more trouble than its worth.

MiMi2, I am thrilled to report, is small enough to sail under all local bridges at various states of the tide. So far Lucy does seem interested in learning to sail her, and, of course, I am not complaining about the fact that she is much more easily driven (under both sail and oars) than Mimi 1.

Mimi 1, meanwhile, is now in the custody of my good friend Seth Judah Lapidow, Esq., who is returning to his roots on the shores of Lake Champlain in Vermont. Alas, in her first excursion on the lake, Mimi 1’s engine stopped running, and poor Seth had to row two miles home from the New York shore, as he had neglected to bring the sailing rig. 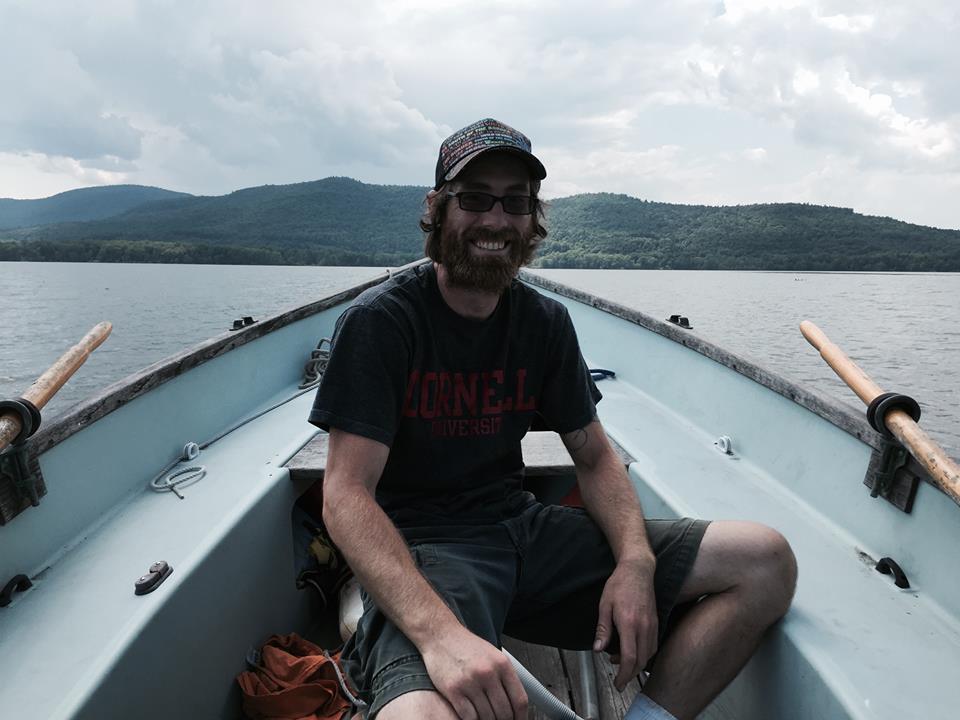 Internal combustion breakdown. This is Seth’s young organic-farmer serf, Jon, who accompanied Seth on Mimi, but evidently is not capable of rowing himself

If Mimi persists in disappointing Seth like this, it is likely he will not buy her from me (what he really wants is a fast center-console skiff), so those of you pining for her may well have another chance to make the deal of the century. I will be dropping the price big-time if she goes back on the market. Meanwhile, I am looking very forward to sailing her on the lake next time I visit Seth.