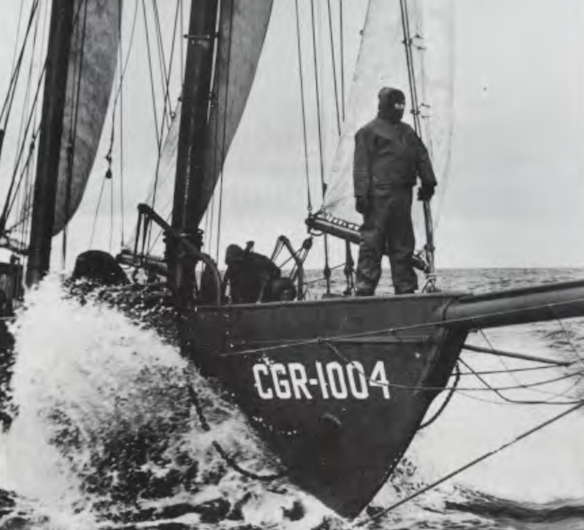 When I was boy during summers spent on the Maine coast at the mouth of Kennebec River my mother used to tell us a story from when she was a girl growing up on the river, of how once during the war a Nazi submarine was spotted near the river’s entrance. To me this always sounded crazy, until I got older and read more about the war and learned how badly German U-boats had ravaged shipping all along the East Coast right after the U.S. entered the war in December 1941. My mom’s story might well have been apocryphal, but it was not at all improbable, for in those days U-boats did indeed operate with impunity quite close to our shores.

Those of us who sail along the East Coast can take some pride in the fact that the initial response to this threat was mustered by amateur sailors and yachtsmen, ex-rumrunners, and other ne’er-do-wells who volunteered for service in what was known officially as the Coastal Picket Patrol, or more colloquially as the Corsair Fleet, or more derogatively as the Hooligan Navy. This eclectic branch of the U.S. Coast Guard Reserve was the brainchild of Alfred Stanford, commodore of the Cruising Club of America, and was ultimately run by Rufus Smith, who was then the editor of Yachting magazine.

The Corsair Fleet operated from May 1942 to October 1943 and was charged with maintaining a constant watch for U-boats about 100 miles offshore along the East Coast’s 50-fathom contour line. The sailing yachts that made up the fleet, painted military grey with Coast Guard numbers on their bows, were armed with antique machine guns dating back as far as the Spanish-American War and carried small numbers of depth charges that could be deployed manually over the side. Their primary job was to simply watch and listen for U-boats (with crude sonar equipment), report any sightings to shore by radio, and maintain contact with potential targets for as long as possible. 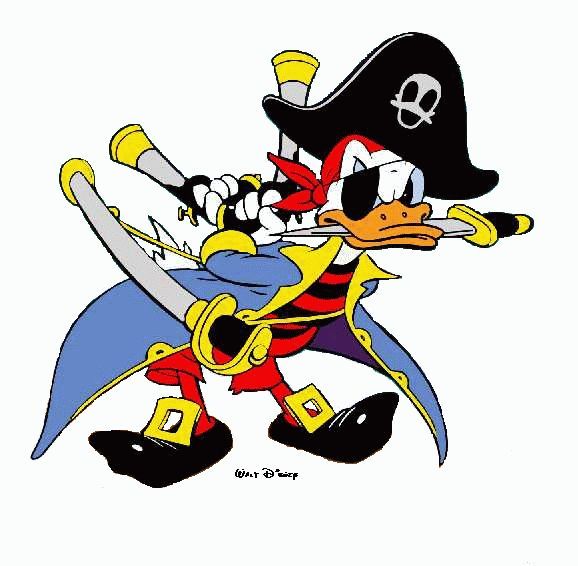 Official emblem of the Corsair Fleet, created for the service by Walt Disney 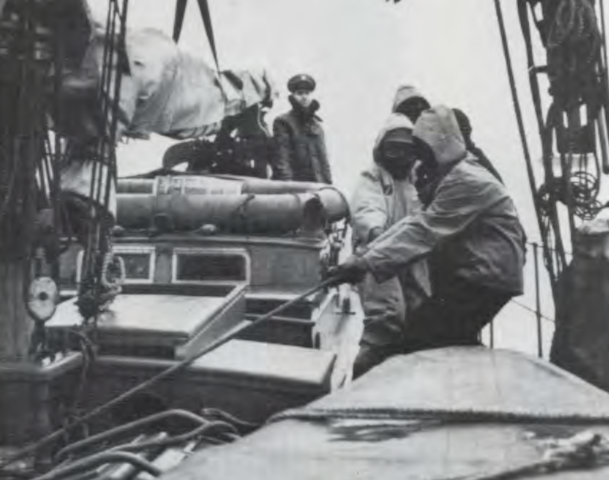 Hooligans at work on deck. Many of the men who served were “undraftables” who couldn’t enlist in the formal armed services due to physical infirmities 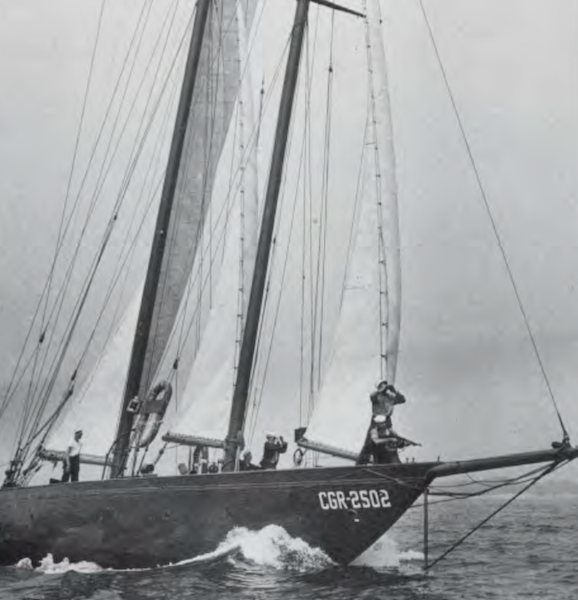 This shot looks a little posed to me. Note the guy on the bow with the Tommy gun. You’d have to get pretty darn close to a sub for that to be of much use. One Corsair vessel, Jay-Tee, did however once come in actual physical contact with the enemy when a U-boat surfaced directly under it

As I myself learned personally the first time I sailed up to Maine from Bermuda back in the mid-1990s, sailboats are great for tracking subs, because subs can’t hear them (at least not when their engines are shut down). I was just west of Georges Banks on my old Pearson Alberg Crazy Horse when I saw a sub fire off a missile from underwater very close to my position, and I have to assume they didn’t know I was there when they did it.

I first learned about the Corsair Fleet while sailing transatlantic aboard Constellation, an old Alden schooner I was told had served in the fleet during the war. I learned a lot more watching this documentary film:

I urge you to click on through and check it out. In addition to covering the history of the service, there are interviews with guys who served in the fleet and some fantastic old film footage shot while vessels were on patrol. All good stuff!