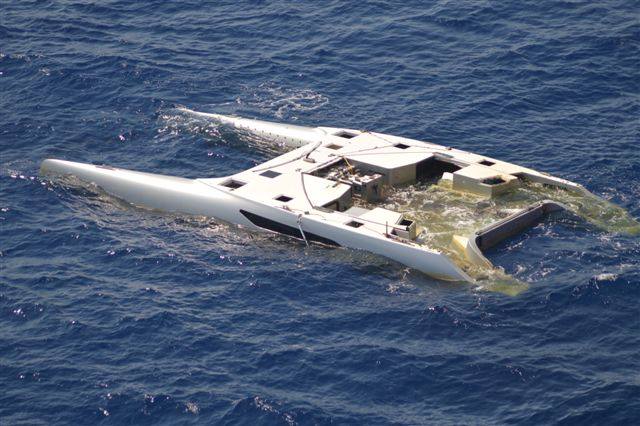 All these pix come courtesy of Gunboat’s CEO, Peter Johnstone, who posted them today to his Facebook page. Johnstone, much to his credit, has not been shy about sharing information on the boat and what happened to it. And no, this is not the first time Rainmaker has been sighted since she was dismasted and abandoned five months ago. But it is the first time, as far as I know, that photos of her adrift have been released to the public.

According to Johnstone’s post, the hull was sighted yesterday at 35°36.28′ North, 062°17.18′ West by Capt. Reinhard Peer aboard the container ship Chicago Express. 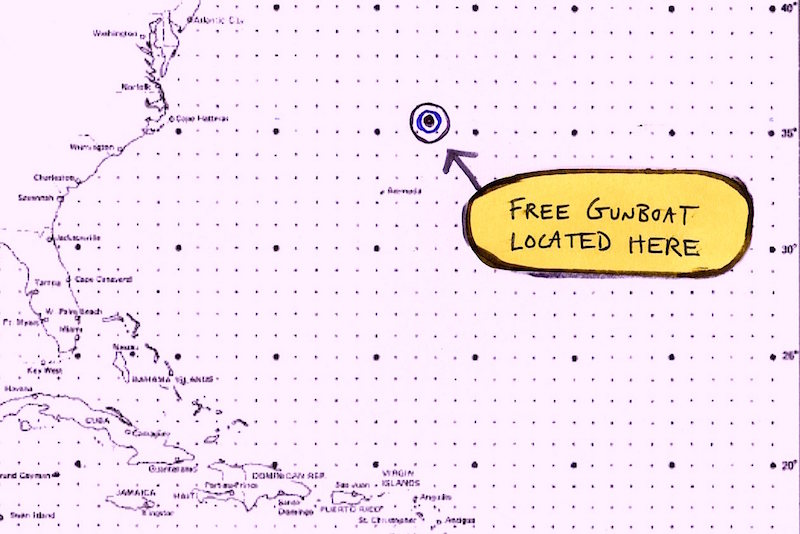 This position, as you can see, is well east of Bermuda, which may mean the boat is moving fairly easily in the Gulf Stream current. One D.M. Walsh, in a comment to my previous post on Rainmaker, reported seeing her on about May 25 as he entered the Gulf Stream en route from the Virgin Islands to Massachusetts. He declined to provide a location, but presumably he was west of Bermuda at the time. 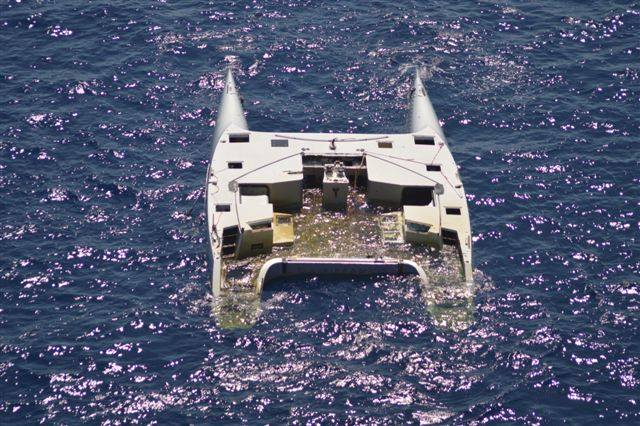 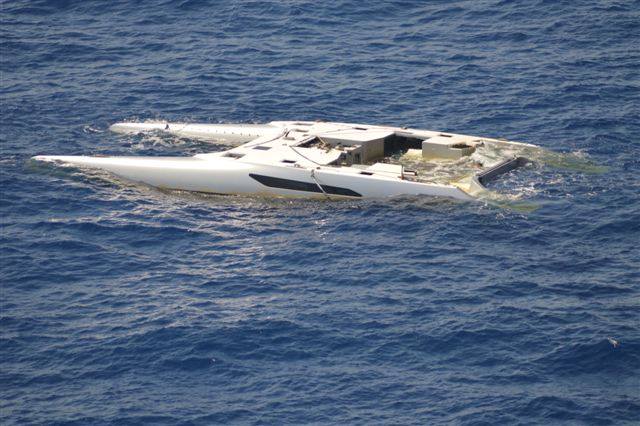 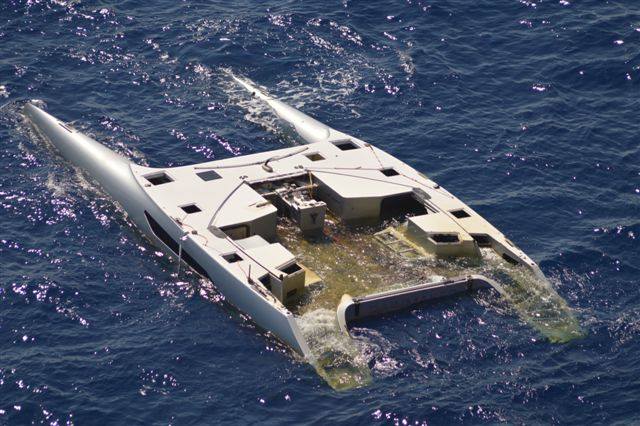 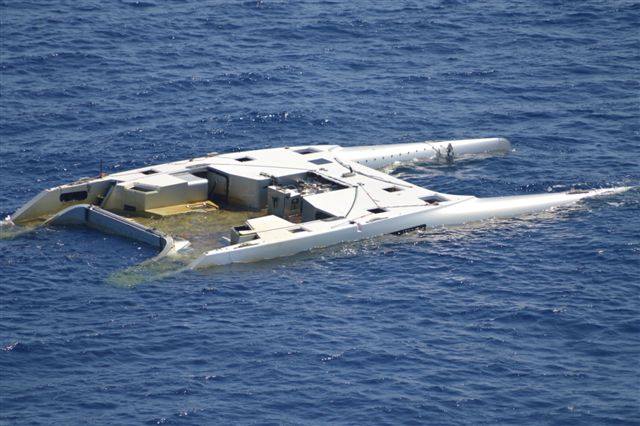 Johnstone is eager to recover Rainmaker and fix her up, so don’t be shy about grabbing her if you see her. You’ll see all her superstructure has been swept away, but the hull, a very expensive piece of carbon fiber, is perfectly intact. It obviously is pretty buoyant.

By comparison, Be Good Too, the catamaran I abandoned eighteen months ago, hull no. 1 of the Alpha 42 line, has never been seen again. I was fairly confident at the time that she would sink, as she was taking on so much water in so many places. Also, her hull was not fully cored like Rainmaker‘s, but was solid below the waterline. And she was glass, not carbon.