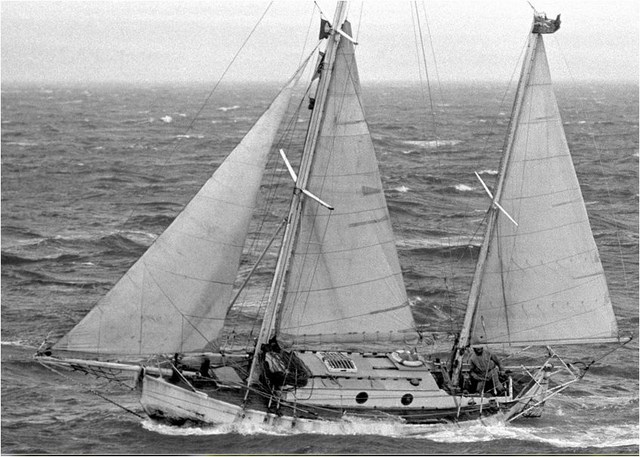 We have an announcement this week that ex-BOC Race competitor Don McIntyre is organizing a retro reprise of the famous 1968-69 Golden Globe Race to start June 14, 2018, in Falmouth, UK. This being the 50th anniversary of the date on which Robin Knox-Johnston departed from that same port on the voyage that brought him fame, fortune, and victory in the original event. The tip being that all competitors in this new event must race using only technology that was aboard Knox-Johnston’s 32-foot wood ketch Suhaili in the original race (see photo up top), but are prohibited from sailing in a boat identical to Suhaili or in any boat similar to the ones that competed in the first race.

How weird is that?

Don’t get me wrong. I have long lamented the demise of true Corinthian singlehanded round-the-world events like the old BOC Race, where avid sailors with limited budgets and fairly low-tech boats could step out into the limelight, and I love the idea of a Corinthian re-run of the Golden Globe Race. But I really am scratching my head over the rules of this 2018 event. Of which there are many, which is a little ironic considering how few rules there were in the first race. All you had to do back then was leave on a solo non-stop circumnavigation from any British port anytime between June 1 and October 31 and you were in.

By far the most puzzling restrictions pertain to the boats to be sailed, which must be production-built full-keel fiberglass boats designed before 1988 with hull lengths (not counting protrusions fore and aft) of between 32 and 36 feet. Which means Knox-Johnston couldn’t compete in Suhaili if so inclined, as she is made of wood. And Bernard Moitessier couldn’t compete in Joshua, as she was steel and 39 feet long. And neither Nigel Tetley nor Donald Crowhurst could compete in their Victress trimarans, which were 40 feet long and built of plywood. Nor could Chay Blyth or John Ridgway compete in their twin-keeled fiberglass Westerly 30s (the only production glass boats in the original race), because they were both too short and didn’t have full keels with attached rudders. 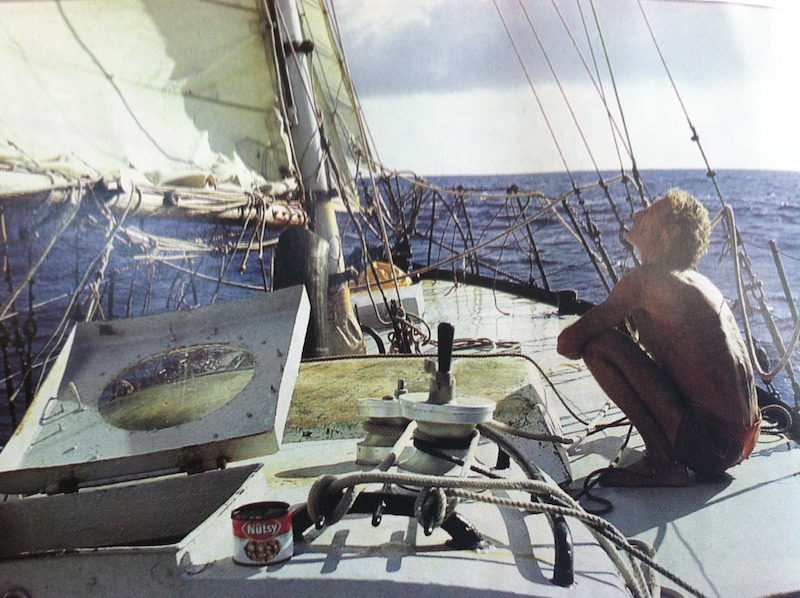 Bernard Moitessier aboard his 39-foot steel ketch Joshua in the original Golden Globe. He ended up blowing off the race to sail halfway around the world again to Tahiti

Exactly all of the original competitors and their boats would be disqualified under these rules.

So I’m wondering, what’s the point to these restrictions? It can’t be safety, as 32 to 36 feet is a bit small, I think, for a non-stop circumnavigation in high southern latitudes. Everyone no doubt would be more secure in somewhat larger boats, and I find it odd that the best relatively low-cost older production boats for this sort of event–like the Valiant 40, Ingrid 38, Fast Passage 39, Passport 40, etc.–are all banned from the competition.

Of course, strict budget control might be a reason for the low size limit, but the fact is I think it’s likely most would-be competitors already own boats that are too large for the race (like me, for instance), hence might be put off by the cost of having to buy another boat just to do the race in.

The last reason I can think of is that McIntyre himself already owns a Tradewind 35 that he plans to race in the event, and maybe, just maybe, he wants to make very sure he is competitive. (So maybe, just to short-circuit such conflicts of interest, we might also consider a rule banning race organizers from competing in the race.) 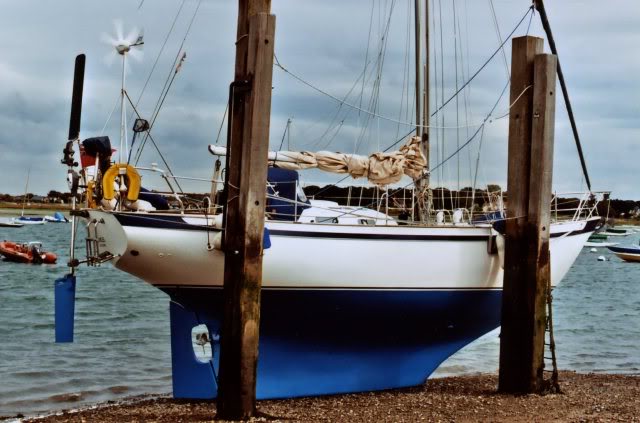 A Tradewind 35 with nether regions exposed. This is one of 12 pre-approved race models, most of which are British built. There are also very strict restrictions on how competing boats can be refit for the race. Most significantly, no weight reduction or rig enlargement is allowed

The venerable Westsail 32 is one of the few American-built boats on the pre-approved list. It is also likely the slowest boat on the list. Other boat models can be approved for competition at the discretion of the organizers, but must conform to the base restrictions: lengths between 32 and 36 feet, fiberglass hull, production run of at least 20 hulls, full keels with attached rudders, and a minimum displacement of 13,668 lbs. 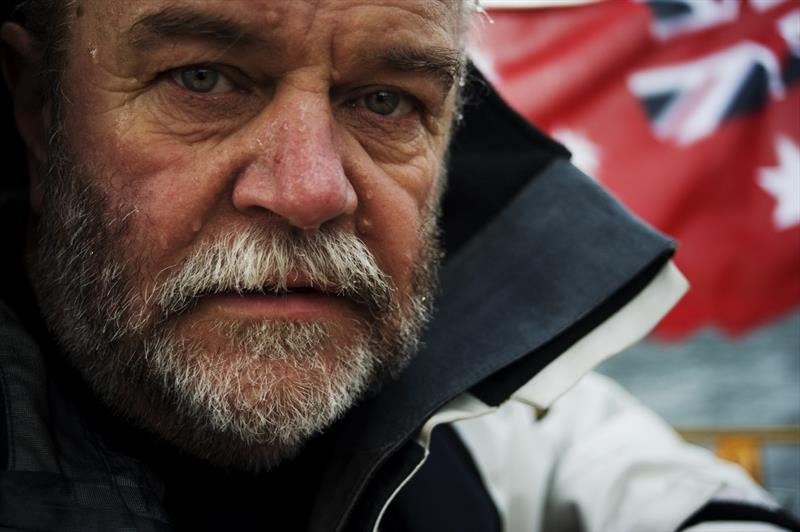 The race’s technology restrictions do make a lot more sense to me–both to maintain cost reduction and the spirit of the event–but some are just plain mean-spirited. For example, you can’t bring your iPod along to listen to music, but are restricted to 1968 technology (i.e., cassette tapes), and if you want to take photos or video you can’t use digital cameras. Also, I think the prohibition on GPS navigation is going to put off a lot of people who might otherwise be very keen on doing this.

I’ll be very curious to see how the event plays out! Here’s the official promo viddy, which features RKJ himself, who is fully supporting the project.

IN RELATED NEWS: The old Golden Globe Race is coming to the Big Hollywood Screen, as director James Marsh is working on a film about the race’s most tragic character, Donald Crowhurst, who will be played by Colin Firth.

Donald Crowhurst aboard Teignmouth Electron as he set out on his Golden Globe voyage in October 1968. After realizing his boat was not fit for the Southern Ocean, Crowhurst faked a circumnavigation by sending in false position reports while sailing in circles in the South Atlantic. He is believed to have killed himself by stepping off the boat after he realized his fraud would be exposed

For more on that, check this link to the Facebook page of ex-Yachting Monthly editor Paul Gelder, who was helping Marsh and others involved in the film’s production with their boat-shopping earlier this year.