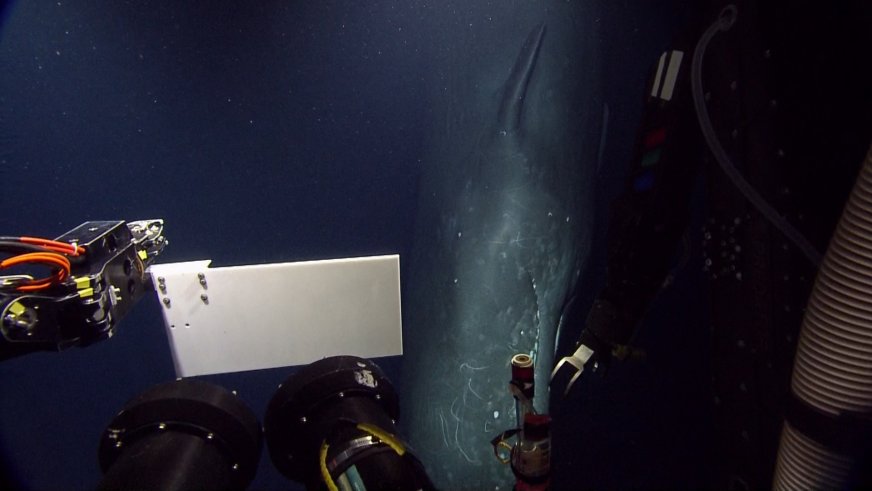 Time for a little wildlife admiration. Evidently this sort of thing doesn’t happen very often. As in a submersible ROV (Remotely Operated Vehicle) gets closely inspected by a live-action sperm whale at considerable depth. For the whale, though, it’s not really that deep, as they can dive down to over 7,000 feet when actively searching for snacks.

The video, captured aboard Dr. Robert Ballard’s expedition vessel Nautilus, was shot the day before yesterday and was streamed live to a worldwide InterWeb audience. A big treat for all the viewers at home. You can check the incessant Nautilus Live video stream anytime you want to follow the action (or more normally inaction) onboard the ship.

The commentary is kind of fun, don’t you think?

E/V Nautilus is currently in the Gulf of Mexico working with the Gulf Integrated Spill Response Consortium to study the behavior of petroleum in the ocean environment. The Gulf being an obvious place to do this. The whale, as I understand it, looked perturbed and declined comment on the subject.

Later in the year Nautilus will be shifting venues to the eastern Pacific, where it will spend time this summer working off the Galapagos and the California coast. 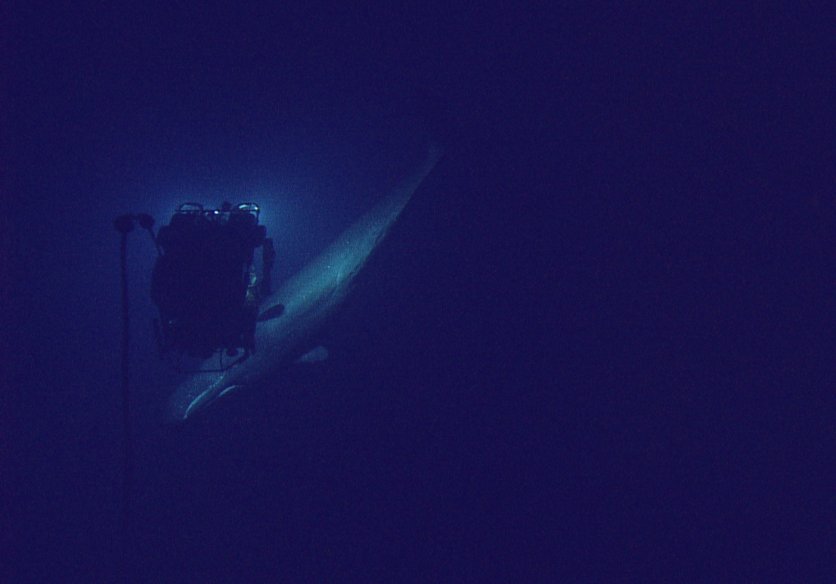 This whale, as you can see, seems to be large and solitary, hence is probably an older male, as these normally mope around hanging out by themselves except when they want to get laid. Females, meanwhile, hang out in groups with younger males attending to children, who need adult supervision for 10 years at least.

Here’s another video I found that supposedly shows a pregnant female giving birth to a calf off the Azores while several other females hang around ministering to her. I can spot the calf easily enough, but I can’t spot when it actually emerges from its mother, can you?

It’s a little hard to follow the action. Kind of like watching a messy underwater NFL scrimmage.