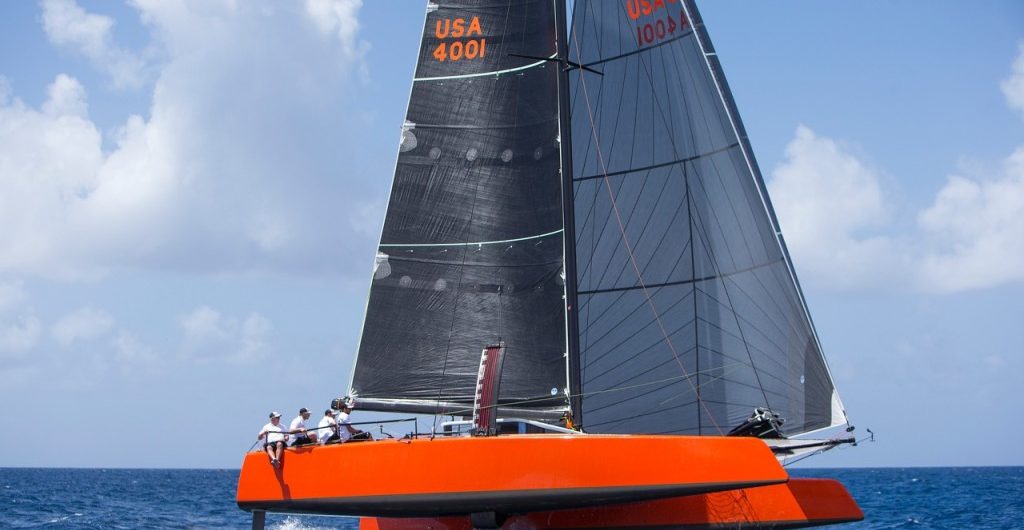 For those of you who don’t happen to follow Gunboat CEO Peter Johnstone on Facebook, here’s a hot piece of late-breaking news: the world’s first foiling racer-cruiser catamaran has just gone airborne (see photo up top). That would be hull no. 1 of Gunboat’s new 40-foot G4, which was recently launched in St. Martin and is now being worked up to compete at Les Voiles de St. Barth (April 13-18) and Antigua Sailing Week (April 25-May 1).

I am sure Nat Herreshoff is dancing a jig in his grave. This is exactly the sort of cutting-edge boat (see, e.g., the catamaran Amaryllis, circa 1876) that he loved to create.

What makes it a cruising cat is that it actually does have accommodations: berths to sleep in, a toilet in which to relieve oneself, a fridge, a galley for cooking, a table to eat off of, etc. These are not, by any means, palatial digs, such as you find on the bigger Gunboats we all know and love. Rather the G4 is an extreme expression of an open-bridgedeck performance cruising cat, kind of like a Maine Cat on acid.

You can get a good idea of what’s what and where it belongs by checking out this concept viddy here:

The boat’s construction, by Holland Composites, is super light and racy: all carbon and pre-preg epoxy and Nomex honeycomb coring. Auxiliary power comes courtesy of an OceanVolt electric regenerating motor. The spars are all carbon. All-up weight is just under 6,000 lbs. lightship. 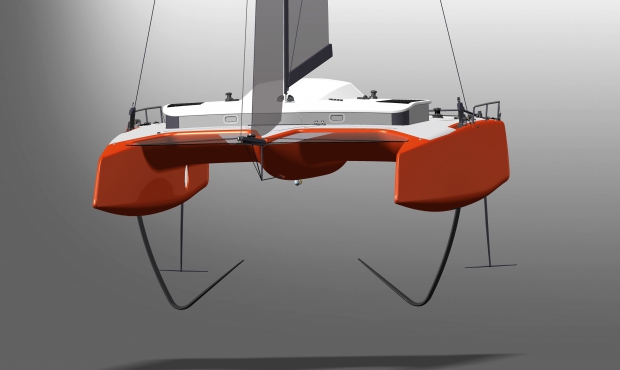 A computer rendition, showing the L-shaped foils and T-rudders that lift this weapon off the water at speed 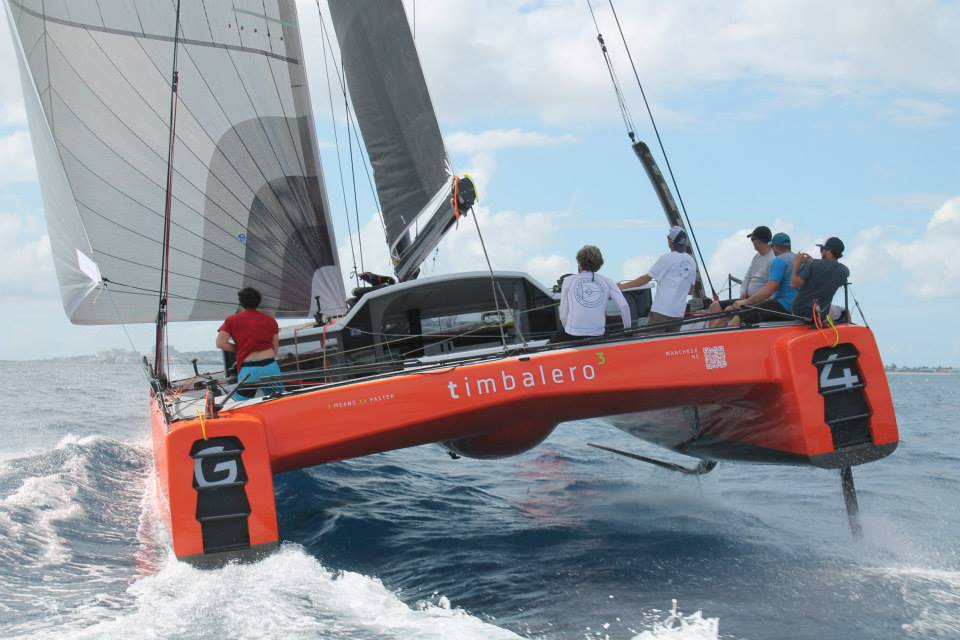 Only halfway airborne in St. Martin, during the work-up to full flight 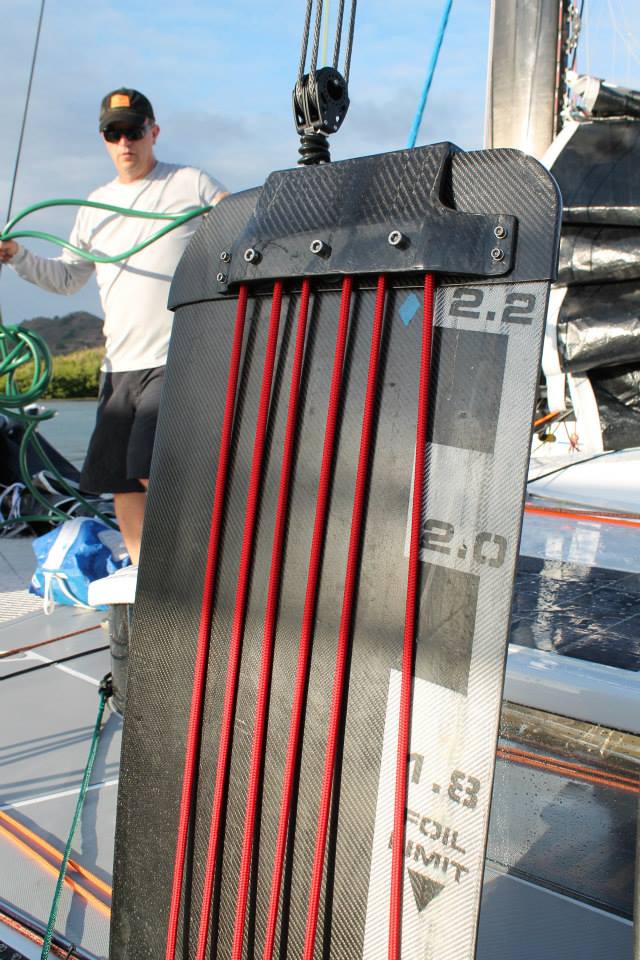 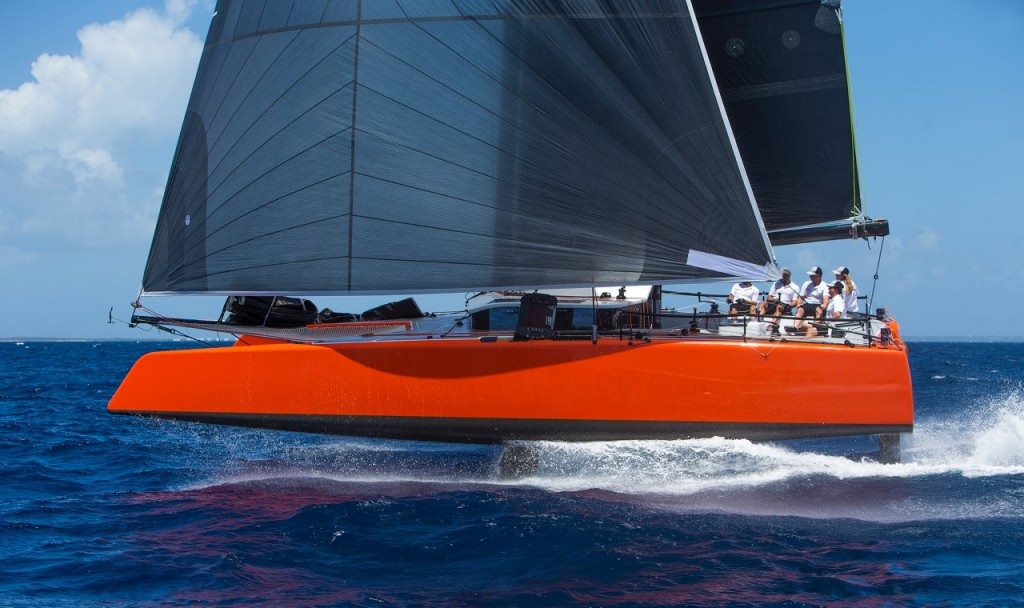 Flying! Note the huge overlap on that screecher

Johnstone reports the boat so far has hit speeds of 15-plus knots upwind and a peak speed of almost 30 knots off the wind in true wind of 18-20 knots.

Here’s another short viddy showing the boat sailing on the surface:

Sailing the G4 in Saint Martin with Peter Johnstone

What the helmsman is doing with his feet there is sheeting in the main. He can ease it by touching a button.

It’s worth noting that the new G4 dodged a major bullet on launch day, as the crane that splashed it promptly collapsed on another cat after the deed was done. 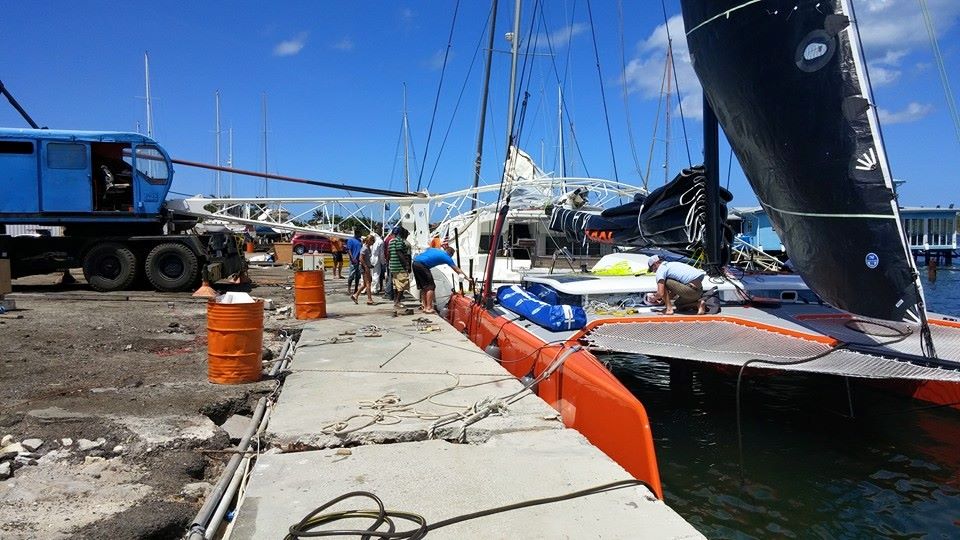 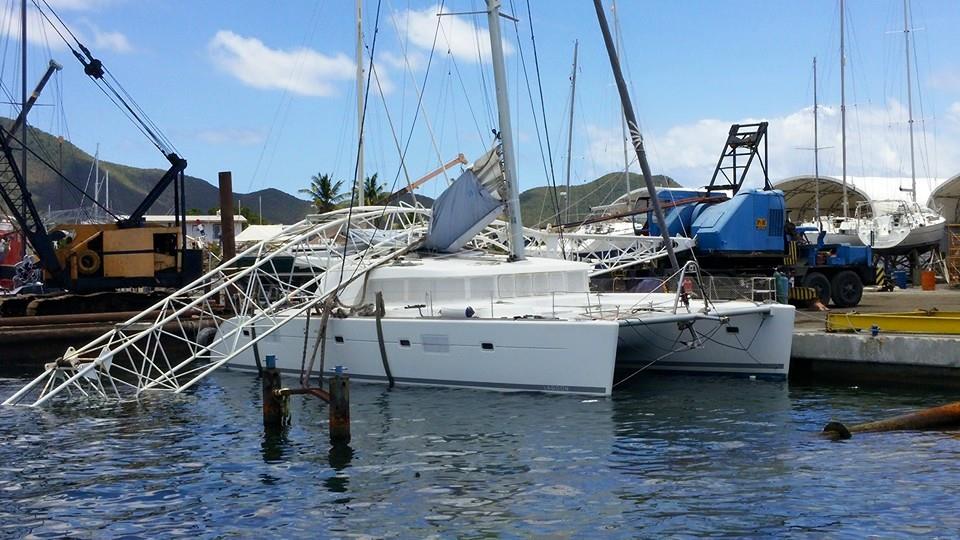 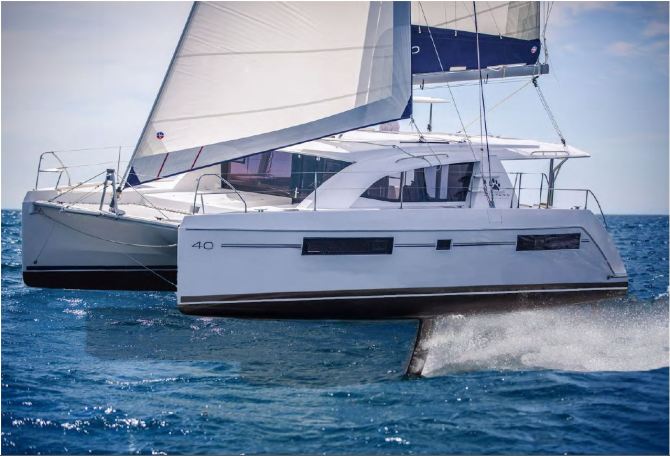 But that was an April Fool’s joke.

0Shares
catamaransfoilingGunboatracer-cruisers
Previous PostLOUIS JORDAN IN THE GULF STREAM: Rescued After 66 Days Adrift on an Alberg 35Next PostSAILING THE ARCTIC RACE: Through the Northwest Passage in Recyclable “Volcanic Fiber” Yachts