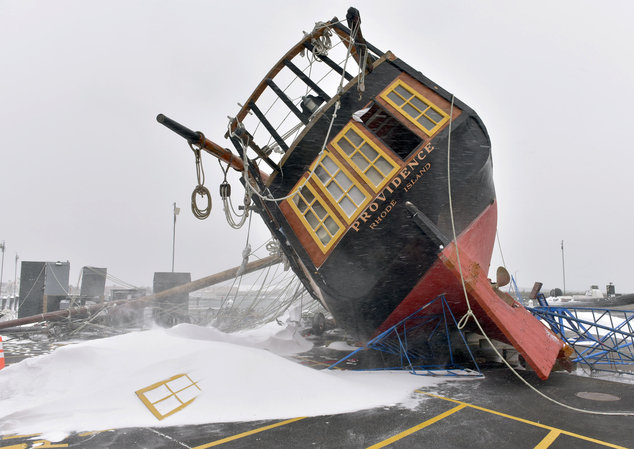 Ouch! This happened yesterday in Newport, Rhode Island, at the Newport Shipyard, where Providence was blocked up for the winter. Though the yard staff evidently stuck in some extra jackstands before the storm, they weren’t up to the job. The vessel’s mast is busted and her fiberglass hull has been punctured. She also, coincidentally, is for sale, so now’s the time to come in with a super lowball bid if you’re interested.

Here are some more pix: 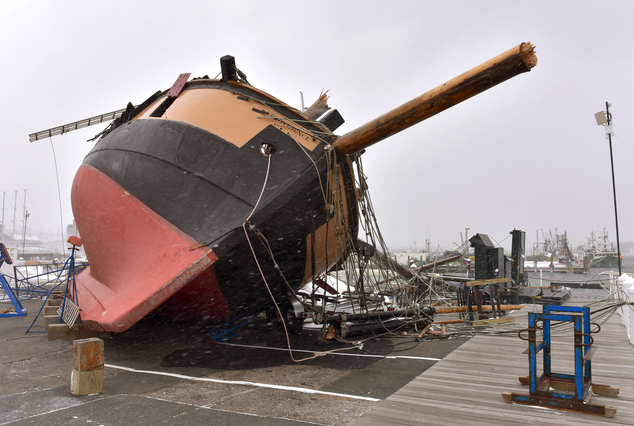 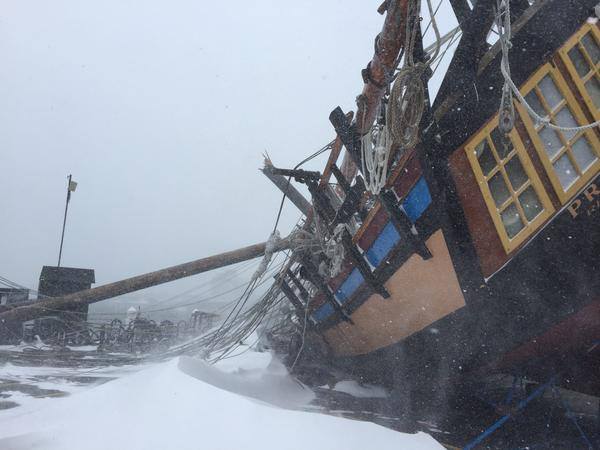 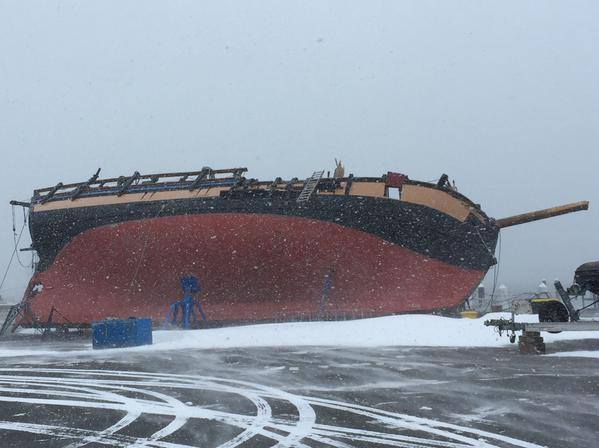 (Top 2 pix are by Dave Hansen, the bottom 2 are by Rocky Steeves, courtesy of the Associated Press)

The original Providence was built in 1775 and served during the Revolutionary War under John Paul Jones, among others. She is credited with having sunk or captured 40 British ships during the war. The replica (61 feet on deck, 110 feet overall) was built in 1976 for the Bicentennial and has served in two Pirates of the Caribbean films. 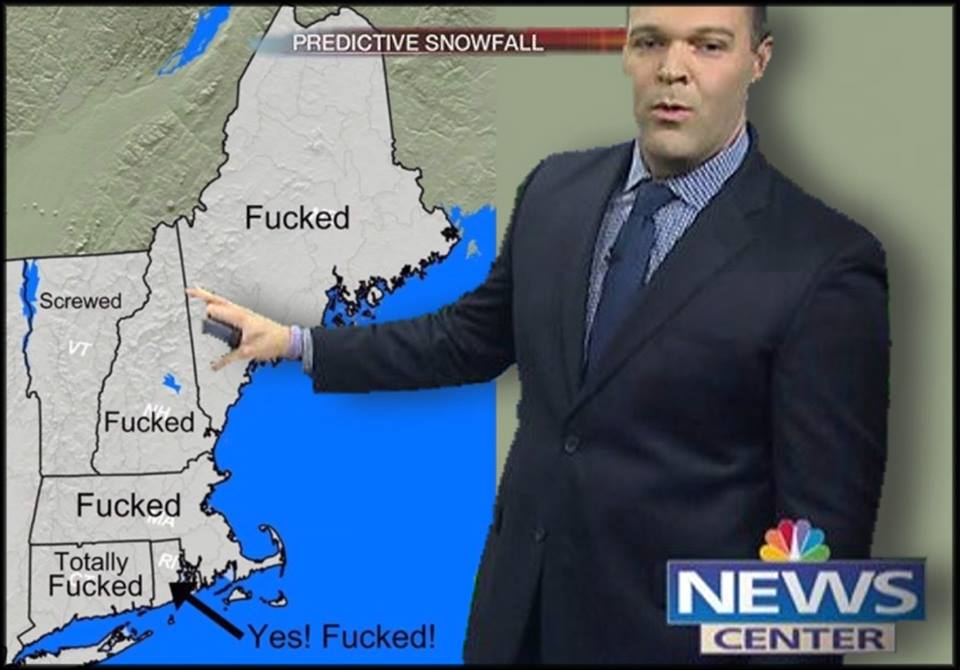 Most definitely, that’s what it was. In New York City they may be whimpering about the storm that wasn’t, but here on the New Hampshire coast the snow is as high as an elephant’s eye (as Oscar Hammerstein might put it), and we are still digging out. On Nantucket I understand the island was raked by 80-mph winds and they lost all power and communications, no ferries or flights in or out, and they only have food for a week. The town of Scituate is under 5 feet of water, Worcester got 31 inches, etc., etc.

For me personally, however, this has all worked out very well. I was scheduled to fly down to St. Martin yesterday to spend some time on Lunacy, but I was also coming down with the flu (courtesy of my disease-vector daughter Lucy, which is why I’m calling this the “flucy”), and I really didn’t want to waste my cruise in the W’Indies feeling like death warmed over. Thanks to the storm my flight was preemptively cancelled, and I was able to push everything back a week without paying any change fees. Now I have plenty of time to lie in bed moaning and groaning while watching snow drifts envelope the house. Plus I’ll be around to watch the Super Bowl.

No, I haven’t taken any pix of snow outside the house to share with you. But follow this link here and you can see some pix and a time-lapse video of yesterday’s storm as it was experienced at the new skating rink just down the street.

I’m telling you, that rink is boss. They’re reopening today at noon, and if I wasn’t feeling so crappy I’d be down there with the blades on with the quickness.

UPDATE: Crikey. It’s worse than I thought. Turns out someone just signed a sales agreement on Providence and she was scheduled to be surveyed. Hope it comes out OK.