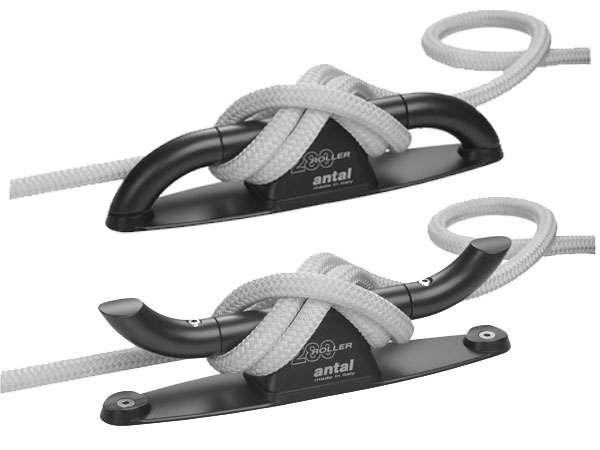 I don’t know if you guys have noticed or not, but deck-cleat technology, once a mundane and very static science, has become increasingly sophisticated in the last few years. Most developments have swirled around the concept of the retractable cleat, which are increasingly common on new boats I see at shows. Their utilitarian justification is that they won’t catch working lines or wandering toes when you’re sailing and/or strolling about on deck. Which is a worthy attribute. But in a world where designers are trying to make sailboats look more and more like sleek out-of-this-world spaceships, with as little evidence of working parts on their decks as possible, it would seem these cleats are also part of a larger not-necessarily-functional nautical fashion trend.

Frankly, I’ve always been a little suspicious of retractable cleats. It bothers me a lot that the load-bearing portion of the structure is a moving part. To me this implies vulnerability. Also, they obviously will still catch lines and toes when they are busy being cleats. 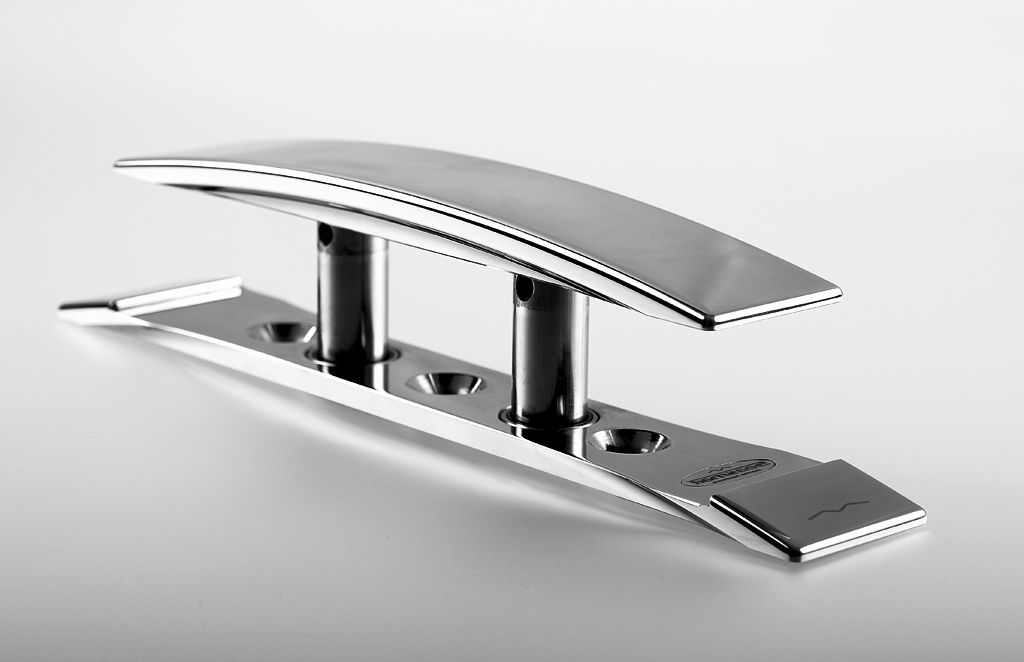 Example of a typical retractable cleat 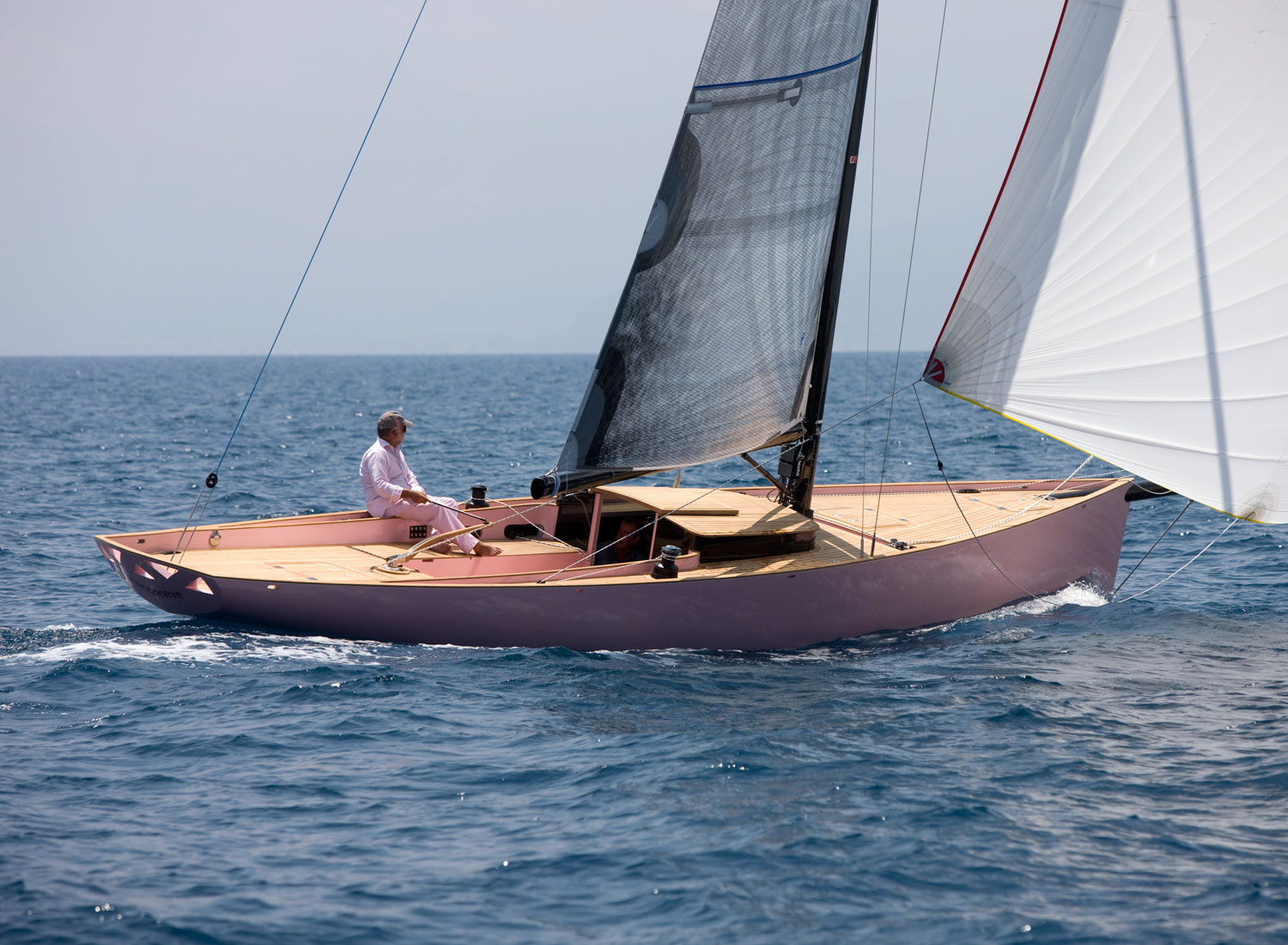 Example of a sailboat that wants very hard to look like it has no cleats at all. (You know they’d 86 those winches if they could!)

All of which is why I was very pleased to learn that Antal’s new Roller Cleat (see image up top) has been unanimously selected as this year’s Cleat of the Year. The cool thing about these cleats is they can quickly be transformed with a flick of your wrist from a conventional easy-to-get-a-line-around open-horned cleat to a pair of closed fairleads that, like a retractable cleat, can’t catch lines or toes. Better yet, you can effect this transformation when the cleat is already loaded with a line, so they become inoffensive to stray working lines and toes while still doing their jobs as cleats.

I find it very reassuring that the load-bearing portion of the Roller Cleat is a fixed part. I also think they look pretty slick when closed. Not as de minimis, obviously, as a retracted retractable cleat, but I am highly skeptical of this sailboat-as-spaceship style trend and actually prefer to have my deck hardware accessible and in plain view. All this gear-under-the-deck business, it seems to me, is nothing but a potential source of trouble.

What’s also cool is that, when closed, you can use the Roller Cleat as a Panama fairlead. These get their name from the closed leads and chocks you typically like to have onboard when locking through the Panama Canal (or any canal, for that matter), where you often have working dock (or lock) lines running at variable angles, including steep raised angles above the fairlead, as the water level in a lock changes. Such fairleads, of course, are also generally useful in any situation where you need to secure a boat to a structure that is higher than the boat’s deck. 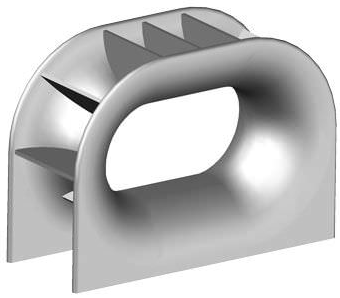 Example of a Panama fairlead, as used on large ships

Arguably, of course, a retractable cleat such as the one pictured above could also be used as Panama fairlead, but ultimately it looks much less suitable, don’t you think? I mean, damn, the thing appears to have sharp edges. Also, you can get a line through a Roller Cleat without having to actually lead the bitter end through the fairlead, kind of like a snatch-fairlead.

Not coincidentally, I gave the Roller Cleat a big thumb’s up in my capacity as Cruising Judge in SAIL’s annual Freeman K. Pittman Innovation Awards. You can check out my other picks and all the other FKP winners right here.