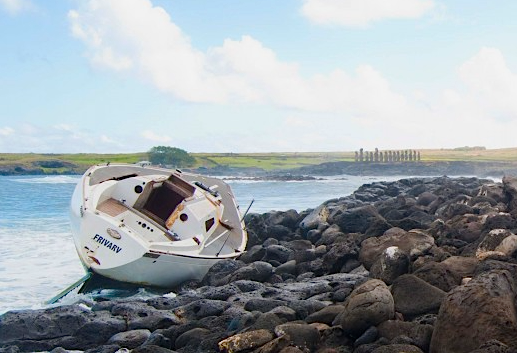 Ah, to be young again. That’s what I’m wishing after reading this account of two young Swedes, Melvin Svensson and Emil Warme, who were shipwrecked on Easter Island (called Rapa Nui by locals) this past August after their Carter Concubine 33 Frivarv was driven ashore at Ahu Tongariki (see photo up top). I was shipwrecked once in my younger days, but that was in Spain, a very civilized, well populated place. These guys lost their boat literally in the middle of nowhere. Easter Island is one of the most remote inhabited islands on the planet. The nearest inhabited land, Pitcairn Island, with a population of just 50, is almost 1,300 miles away, and the nearest continent, South America, is about 2,220 miles away.

As far as I can tell, Melvin and Emil are still on the island, plotting their next move. (Or at least, according to this Facebook page, they were there as of October.) They’ve been well received by the local population of 6,000 souls, though a big part of their problem immediately after their boat was wrecked was that many items of value were stolen. Ironically, too, it seems the hospitality of the locals may have been their downfall, as they evidently were staying ashore with newfound friends when Frivarv hit the bricks. From what I understand, Easter Island is not a good place to leave your boat unattended for very long. 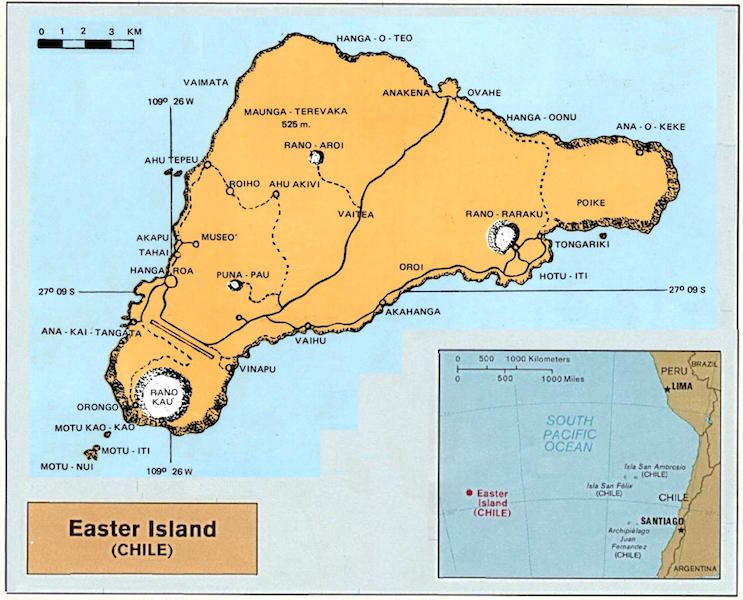 You can see Tongariki up in the northeast corner of the island. There are nothing but open roadsteads here, with no real secure anchorages

Melvin and Emil first arrived on the island on July 27, after a three-week passage from the Galapagos, and were shipwrecked just 12 days later. In all the boat, which seems to belong to Melvin, had spent 11 months coming from Sweden. She had as many as eight crew aboard during the seven weeks she was in the Caribbean last winter, but after that it was just Melvin and Emil.

Frivarv under sail in the Caribbean 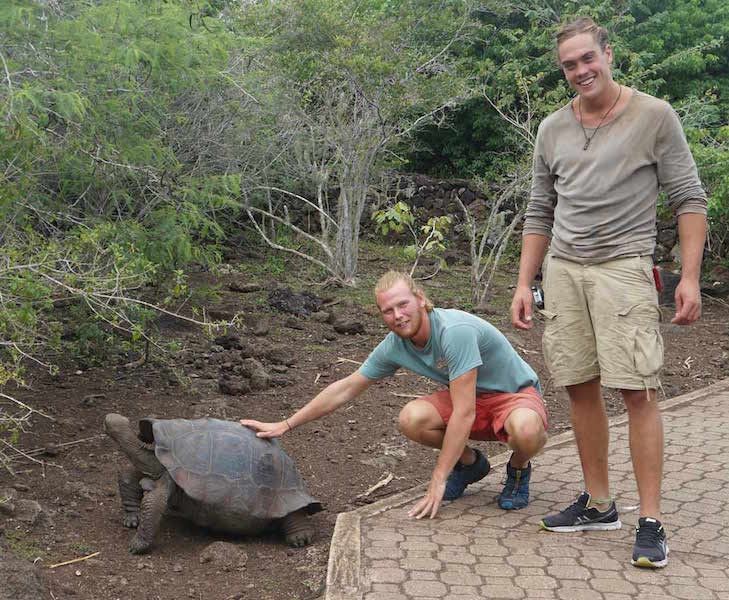 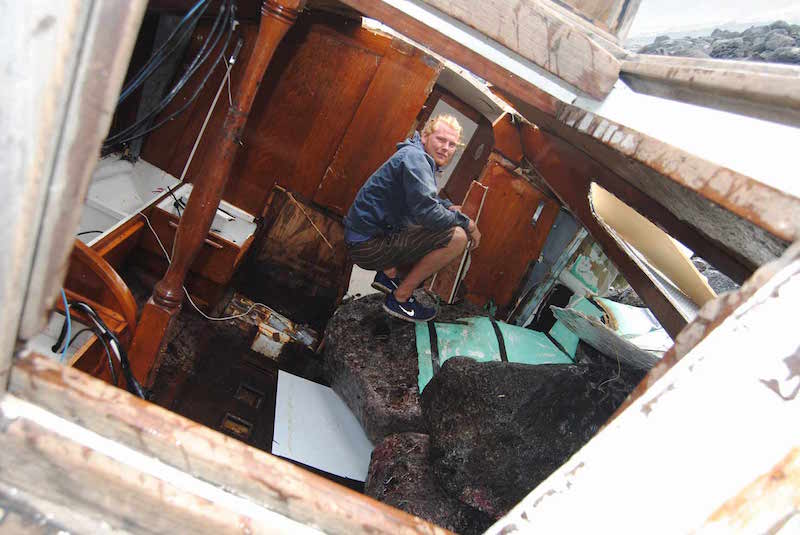 Emil inside the remains of the boat

According to that local news story cited above, the boys were hoping “to buy a new boat in the vicinity” to continue their cruise, but I can’t imagine there are many cruising sailboats on the market there. I’m sure, however, that an extended stay on the island would be a fascinating experience. Fortunately for them, there is another Swede living there, Marcus Edensky, who speaks the local language. 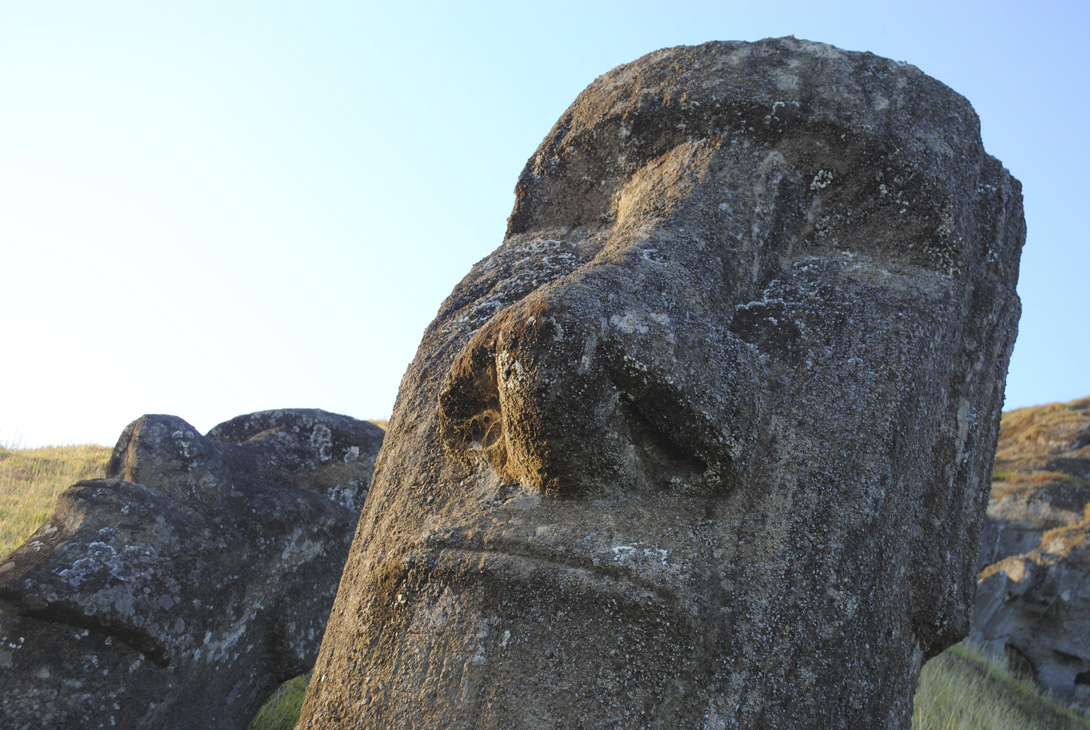 Easter Island is renowned for its mysterious monumental statues, called moai. There are nearly 900 on the island, most of them on the shoreline, and no one knows for sure what their purpose was. They were presumably erected by the Polynesians who first settled the island sometime during the first millennium AD. Subsequently the population crashed, many statures were toppled over, and the island was deforested for reasons that are not clear

Another mystery for me personally is this boat they were sailing. Anyone ever heard of a Concubine 33 before? What a fantastic name for a boat!

There’s not much info online. According to this one old brochure I found it was based on a 3/4-ton IOR design and repurposed for cruising by Northshore Yachts in the U.K. starting in 1977. The promo blurb describes it as “Dick Carter’s most luxurious 33-foot cruiser/racer.” 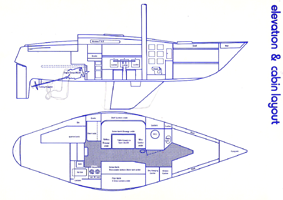 Which seems a bit of a stretch to me.