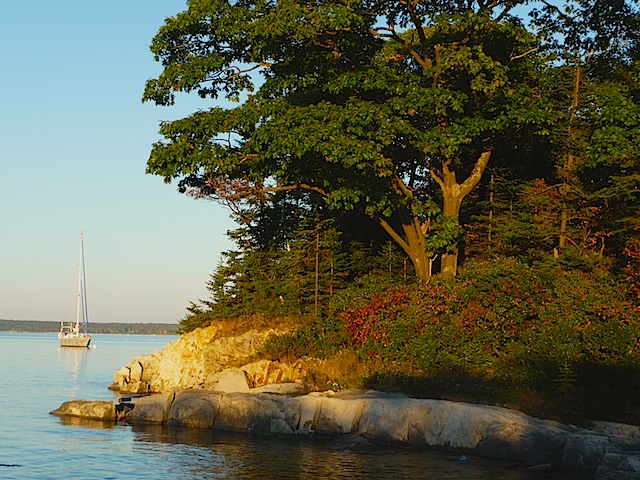 Earlier this summer, while stopping over at the Goslings in northwestern Casco Bay, I noticed there was a small mooring field just off the north end of Little Whaleboat Island. It had never occurred to me to put in there, and I could find nothing about it in any cruising guide, or in my annual Maine Island Trail Association guide (which can be a great resource, by the way, when looking for obscure islands to visit). So of course I was intrigued. Late this past week, as I headed out on what will probably be my last solo overnight on the bay this year, I thought I might as well check it out.

The forecast was not perfectly propitious for such a venture. The moorings (located in the vicinity of the northwestern-most “23” sounding you see just north of the island in that chart down there) are exposed to the north, and the forecast was for a northeast wind of 10-15 knots to make up during the night. 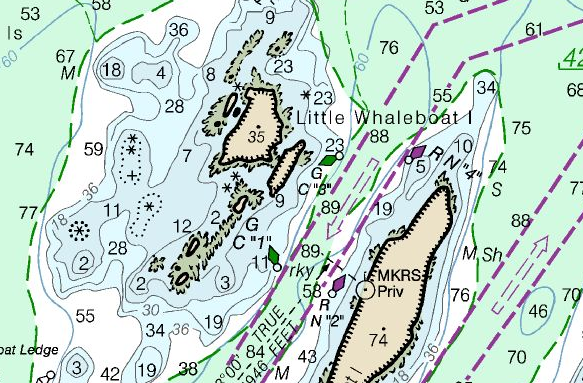 I figured I could cope with that if the moorings seemed strong enough. Worst case, I’d have to bail out and go elsewhere in the middle of the night. So I doodled in under mainsail to scope out the joint. The first two moorings I inspected were light, seemingly intended for small boats, but the third seemed much beefier, so I picked it up and settled in.

Have I mentioned that you can now buy Dark-and-Stormies, with Gosling’s rum and ginger beer, premixed in cans??? It’s a fantastic innovation. The biggest thing since man discovered fire.

Well, I had one of those and then went ashore in the dink.

Sad to report, the island is thoroughly posted with No Trespassing signs, so I limited my exploration to the littoral zone, where I found a perfectly intact horseshoe crab. I used to find these along the shore in Maine fairly frequently when I was kid, but now they seem rare, so I was pretty pumped. 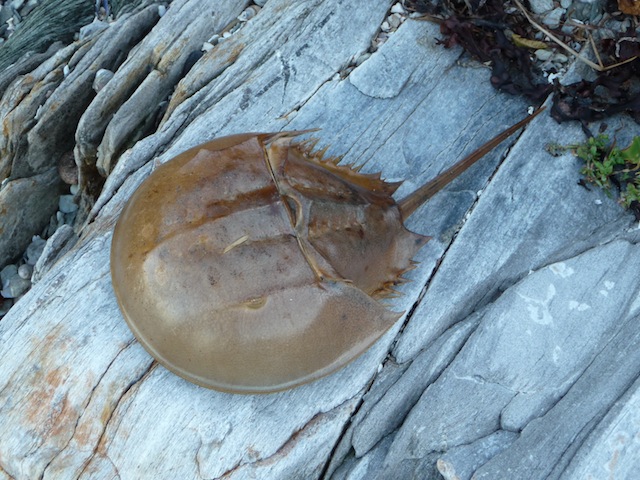 Can anyone tell me: what happened to all the horseshoe crabs? I remember reading somewhere once that they are one of the oldest life-forms on the planet, so I figure they’re pretty tough. They certainly look rugged, don’t they?

I rowed all the way around the island as the sun was setting. An epiphanous mini-voyage. A very beautiful spot. 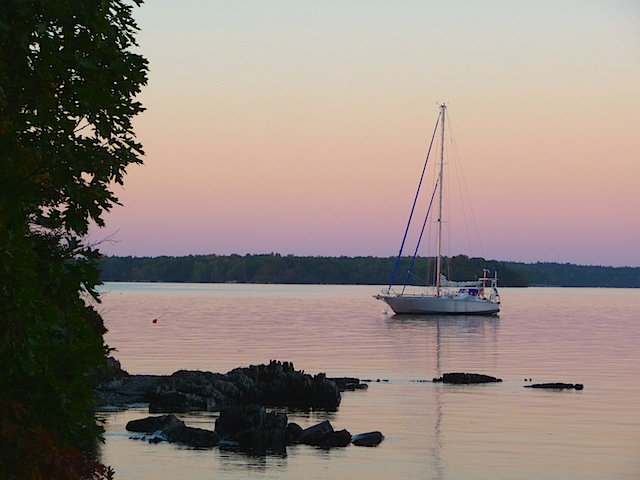 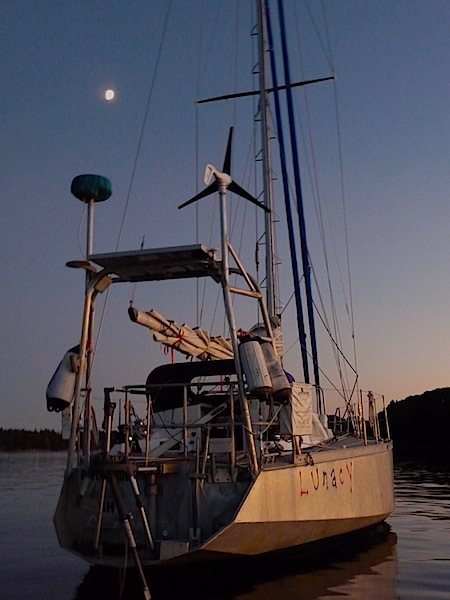 The island seems to be uninhabited. At least I saw no evidence of any structures on it, though I did notice two campsites right near the shore on the north end. There are four private moorings, which seemed to have been fairly active during the height of the season this past summer. I’m not sure I’d recommend anchoring here, as things looked pretty rocky and weedy around the island, from what I saw during my circumnavigation. Although in Maine you never know–you find good mud in the strangest places.

IN OTHER NEWS: We’ve had further adventures with the new headsails. 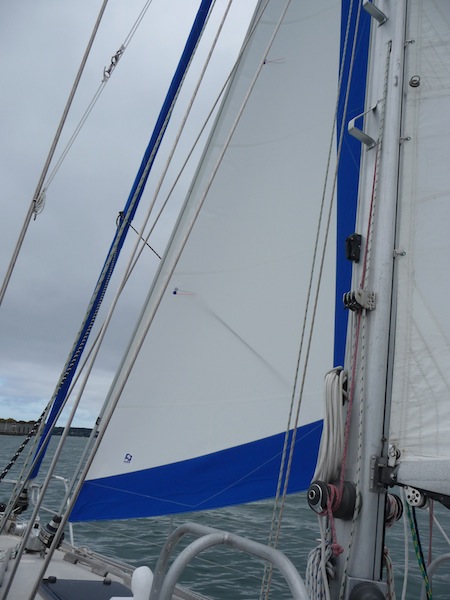 En route to Little Whaleback I tried sailing under full main and staysail alone in 10-12 knots. This would have been pointless with the old staysail, but with this one I made 4 knots upwind. Very encouraging! It will be useful for short-tacking out of constricted areas. 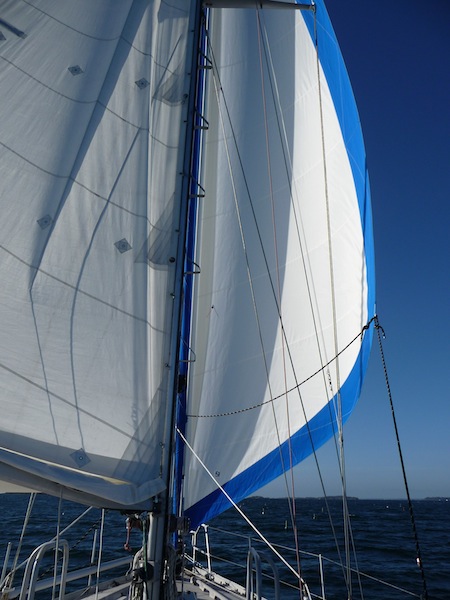 Coming back I also had a chance to fly the new yankee jib wing-and-wing on a downwind run without a pole. It seemed no more or less stable than its predecessor, but was easier to jibe.