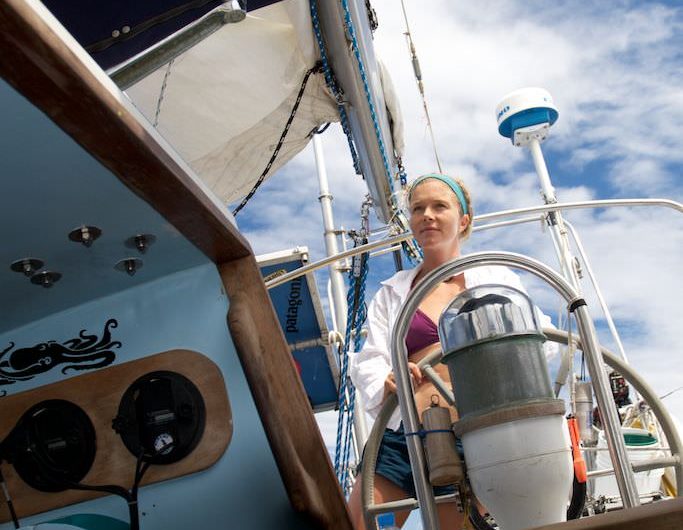 Just because I’m aware of (and somewhat amused by) the fact that many, if not most women on cruising boats have been lured aboard by the men in their lives doesn’t mean I think this is proper or desirable. Au contraire. It is not nearly as common as I wish it was, but it is certainly not unheard of for women to sail boats of their own alone and unaided. Of course, we can all tick off the names of several solo women racers, but there are also a few solo women cruisers out there who aren’t nearly as well known. Everyone remembers names like Tania Aebi and Laura Dekker, but they gained their notoriety setting records. I bet not too many remember women like Julia Hazel, who built herself a boat and quietly cruised around the world on her own during the 1980s and ’90s.

Two of the solo women cruisers I’m most interested in these days are Liz Clark (see photo up top), who sails an old Cal 40 called Swell, and Nike Steiger, who sails a twin-keeled aluminum Reinke Super 10 named Karl.

This viddy clip here, from a film called Dear & Yonder, about women surfers, gives a good sense of Liz Clark’s adventure. She was a top competitive surfer in California–the 2002 collegiate Women’s National Champion–who also had spent six months cruising Mexico with her family when she was a child. After graduating from school with a degree in Environmental Studies, she pursued a dream of skippering and cruising aboard her own boat so she could explore remote surf breaks and minimize her footprint on the planet.

Liz took off from California in 2005, has been cruising around the Pacific ever since aboard Swell, and has been blogging about it since 2008. In case you’re wondering about the “Love and the Single Cruising Girl” aspect of Liz’s journey, I recommend you start your perusal of her blog with this post here, which describes a disturbing relationship she got involved in in French Polynesia. It gives an idea of how courageous and level-headed she is. 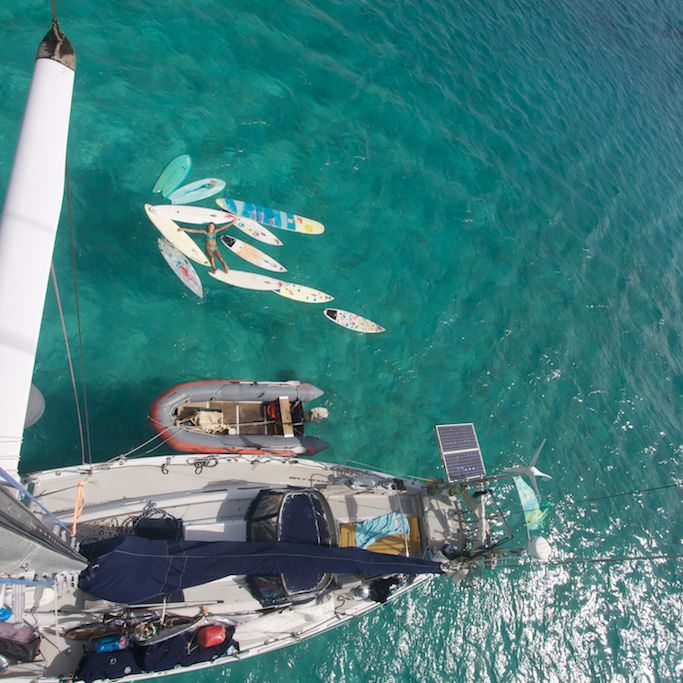 Liz with her boat and boards, basking in the Big Blue 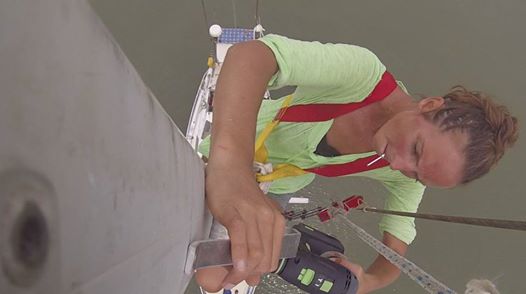 Another sort of aerial shot: Nike installs her homemade mast-steps

Nike Steiger is an entirely different story. She didn’t have the serious sailing and water-sports experience starting out that Liz had, but she still had a big dream about doing some cruising on her own. I wrote a bit about her last year, so check out this previous post to learn about her background and details.

I’m bringing her up again, because I’ve been faithfully following her YouTube viddy channel and continue to be amazed by her resourcefulness and tenacity.

In this installment here she tells about learning that Karl, her beloved boat that she has been struggling to prepare for sea for months, is badly corroded and riddled with holes that need repairing. She admits she’s about ready to throw in the towel, and if it had been me, frankly, I probably would have.

But she persisted! And in her most recent viddy we find her afloat and out of the boatyard at last, living the cruising life, about to strike out on a passage on her own.

What fun. I can’t wait to see what happens next. 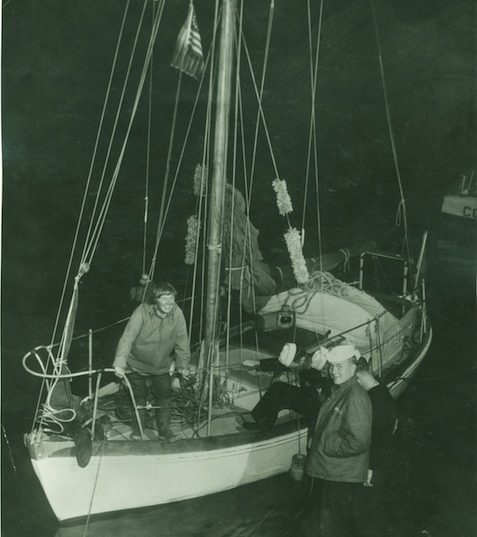