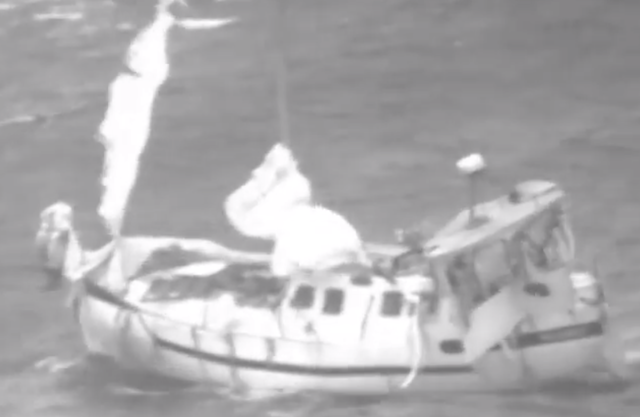 It’s been a busy fortnight in the realm of sailing mishaps. Number one involves the abandoning of a 42-foot sailing vessel Walkabout (see photo up top), whose crew of three were caught in Hurricane Julio and issued a distress call Sunday about 400 miles northeast of Oahu. They reported their liferaft had been stripped off the boat, a hatch cover had been ripped off the deck, and they were taking on water faster than they could pump. Not at all a sanguine situation.

Two planes did fly-bys: a hurricane hunter that diverted from inside the storm and then a Coast Guard C-130 that dropped a raft and pumps that Walkabout‘s crew failed to recover due to the severe conditions. One of the planes (I’m thinking the storm hunter) did manage to catch this viddy:

The crew were safely taken off the boat Monday morning by a container ship, M/V Manukai, inbound to Honolulu, that diverted to the scene. Walkabout was herself inbound to Hawaii from California when she was disabled. Reportedly the flooding aboard was brought under control after conditions eased, but the boat meanwhile had also been dismasted. As you can see in that video, she looks pretty torn up. I can’t make out what sort of boat she is; definitely a double-ender, maybe a one-off.

For mindless speculation and baseless conclusions regarding the culpability of the crew, I recommend you check out this forum discussion here.

Our next mishap, also illustrated, involves a gorgeous Concordia yawl, Winnie of Bourne, that collided with a Swan 46 and sank at the entrance to Nantucket Harbor last Friday morning. No injuries were reported, and the yawl was salvaged on Sunday. 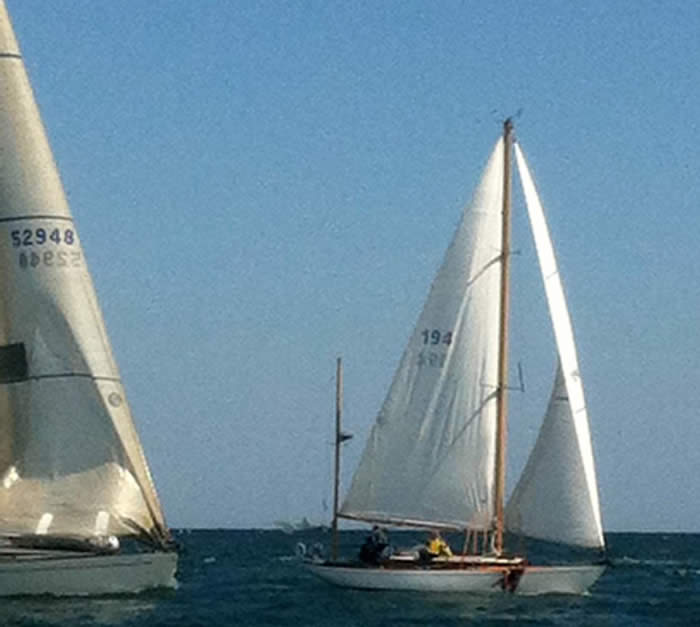 Winnie wounded right after the collision. You can see the hole in her starboard bow. I assume the bow you see to the left is the Swan she collided with 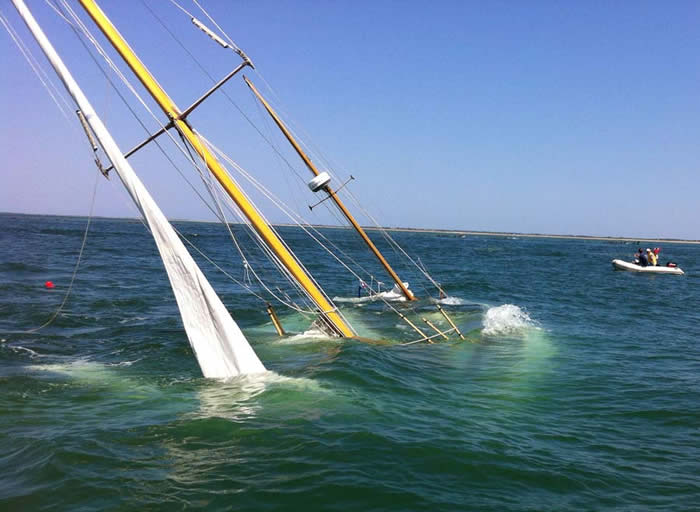 Down for the count on Friday 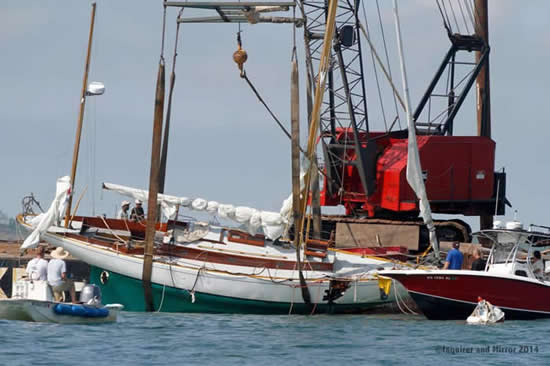 Resurrected on Sunday with some help from a barge and crane

Winnie sure was a stunner, as you can see in these Ben Mendlowitz boat-porn shots from before her embarrassment. 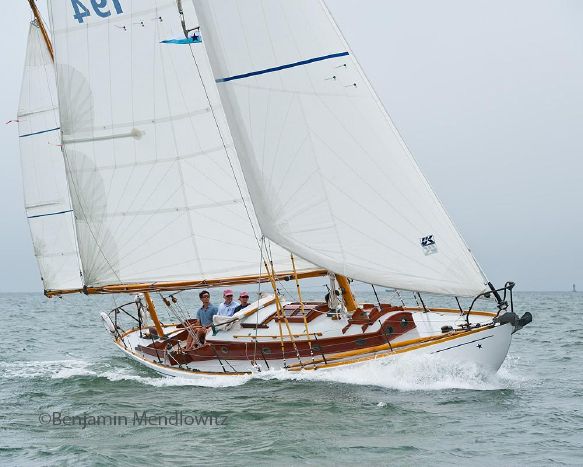 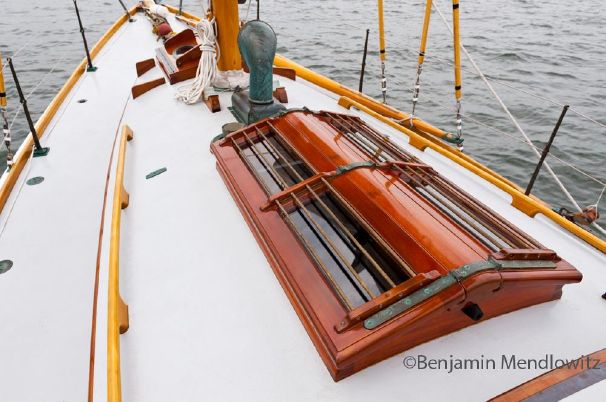 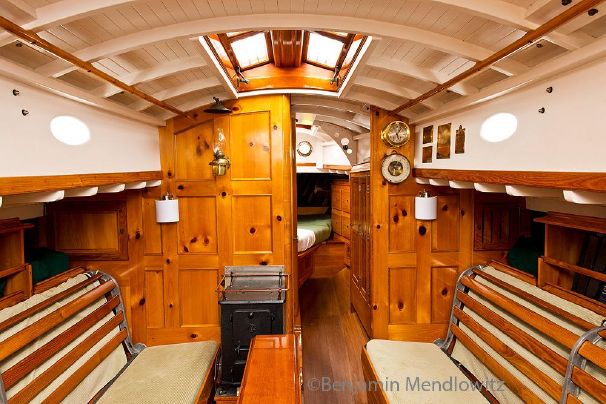 But I’m sure a strong dose of insurance payments will have her back in the pink in no time.

Our other abandonment involves a 37-foot boat, Blue Horizon, that was abandoned last Wednesday 125 miles northeast of the Cook Islands after being dismasted. Her Swedish crew, Siv and Stig Bodin, ages 69 and 70, evidently set off their EPIRB and placed a sat-phone call to Swedish authorities as they feared the boat would be holed by its rig.

They were taken off by a tanker, M/V Stena Paris, that diverted 150 miles to reach them. 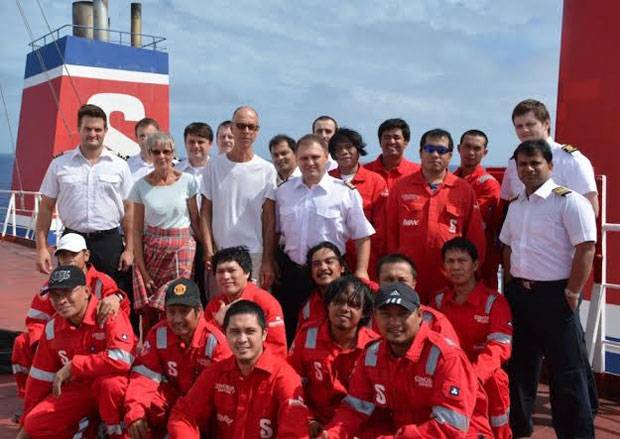 Siv and Stig Bodin with the crew of Stena Paris after their rescue. The Bodins were en route to Tahiti when they abandoned their boat

Last but not least we have the yacht Oboat, a 30-year-old Beneteau, with a Swiss skipper and three other crew aboard, including two children, that crashed on a reef and sank two weeks ago while trying to enter Bonbonon, a hurricane-hole harbor on Negros in the Philippines. Oboat lost her engine and got her main ripped up while crossing the Sulu Sea and tried to enter Bonbonon under sail at night in strong conditions. Unfortunately, it’s a tricky entrance, and she was caught by large seas and was thrown on to the reef nearby.

Cruisers from the 35 or so yachts anchored inside the harbor came to their assistance. One dinghy reportedly was lost and the crew of another was injured when theirs overturned. The crew of Oboat, fortunately, managed to scramble safely up a cliff, but poor Oboat herself was completely destroyed by a squall that ground her to bits on the reef that same night.

All told, not a great score for the boats–four down and only one recovered. So far. Since Walkabout was upwind of Hawaii when she was abandoned, I’m thinking she may turn up again (if she can stay afloat with that open hatch). The good news, of course, is that all the peeps in all four boats survived. Many kudos to all the rescuers!

0Shares
abandoned boatsSARsunken boats
Previous PostDOUSING THE MAINSAIL: Do It After You Park The BoatNext PostSERVICING WINCHES: A Necessary Chore