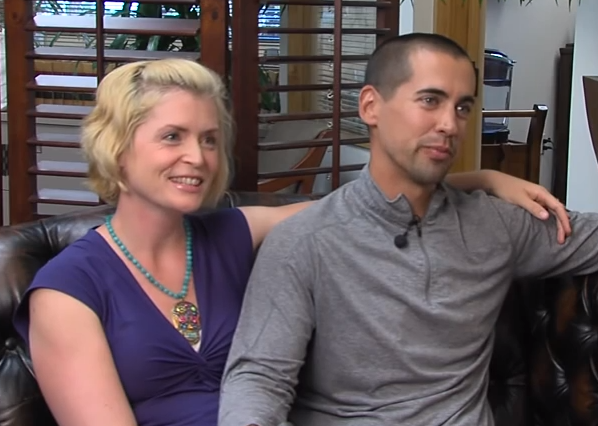 Charlotte and Eric Kaufman, who brought the Wrath of the Mass Media down on their heads when they evacuated their Hans Christian 36 Rebel Heart back in April, have filed suit in San Diego against Whenever Communications LLC (doing business as Satellite Phone Store), their Iridium satellite phone service provider. As they described in their radio interview with Ira Glass on This American Life in May, they were using their phone to seek medical advice for their sick 1-year-old daughter when their service was intentionally terminated by the provider. Believing their HF radio had been disabled by a deck leak and that they had no other means of seeking help for their daughter, they set off their EPIRB and so ignited the chain of events that has since made them notorious.

The Kaufmans announced they would file suit last week and did interviews with Good Morning America and KGTV ABC 10 News in San Diego. The KGTV interview can be viewed in its entirety on YouTube:

It’s well worth watching. The nut comes at 11:33, where the Kaufmans explain that the four California Air National Guard para-jumpers who jumped out of a plane 900 miles offshore to come help their sick child didn’t do anything once onboard that they couldn’t have done themselves had their sat-phone been working. That is: the PJs simply called a doctor for advice on their sat-phone and stabilized Lyra, the sick child, using only medication that the Kaufmans already had onboard.

This certainly makes it seem there is a strong argument that but for the termination of phone service the Kaufmans would not have had to abandon their boat.

Some of the reports last week on the nature of the lawsuit seemed a bit off-base to me, so I contacted the Kaufmans’ attorney, Dan Gilleon, and he provided me with a copy of the complaint, which he filed yesterday. He also answered some questions I had:

a) Are the news stories in fact inaccurate? Have the Kaufmans indicated to you they would use money recovered in the suit to pay the rescue agencies?

b) Is my interpretation correct?

Attorney Gilleon: I was more than disappointed with Good Morning America. I almost did not let the interview go forward. The comment about using money recovered in the lawsuit to repay the taxpayers is simply wrong. I spent at least 20 minutes with that reporter explaining what we were doing. We never said that. Instead, I explained that seeking reimbursement for the tax payers is easier said than done when we have no political support for the notion. There’s lots of people out there griping about how the US rescue forces are used by, for example, Carnival Cruises, but are never repaid when rescues occur.

The US will not go after the Kaufmans due to a policy of not seeking reimbursement as against the people who are rescued, as doing so may discourage people from calling for help. This does not, however, legally prohibit the US from seeking reimbursement should the Kaufman’s attain financial compensation from the satellite phone company. We have offered to assist the US obtain compensation of their own through this action, but our means of seeking that cooperation is somewhat limited until an attorney is assigned to the case. I reached out to Rep. Duncan Hunter’s office, for example, but have gotten nowhere.

If the US government does not want to cooperate with us through this lawsuit to obtain reimbursement for the rescue expenses, then we want the court to terminate their claim against the Kaufmans. They should not be allowed to wait around and see if money comes, and then take that money. If they want to assign their damages to us, we can seek recovery of those damages through this lawsuit. Until then, all we can seek is compensation for the loss of the boat and the associated damages.

WaveTrain: Why is Eric named as a nominal defendant? The complaint isn’t quite clear about that, as he is not referenced in any cause of action.

Attorney Gilleon: Eric is named as a nominal defendant because he signed a contract that changed the venue to Florida. Charlotte didn’t sign that contract. However, even though we don’t need him as a plaintiff in the case, he needs formally to be part of the action due to community property issues with the boat. Even though Eric is named as a “defendant” just like the United States and California, in reality they’re just “indispensable parties” and naming them as “defendants” is the only way to bring them within the jurisdiction of the court to make a judgment final and certain.

WaveTrain: The complaint states that “Eric could not continue the voyage alone.” Why not? He had previously sailed the boat singlehanded from California to Mexico. The boat was leaking, but the leak was manageable. In their press conference, I believe one member of the rescue team stated pretty explicitly that Eric made a choice between staying with the boat or staying with his family.

Attorney Gilleon: There are several differences with Eric singlehanding in Baja versus continuing the Pacific crossing alone. He would crewless, without an EPIRB, and without a satellite phone. Combined it presents a threat that is clearly too high for multiple additional weeks of transoceanic passage making.

WaveTrain: Prior to setting out across the Pacific, Eric, posting as Rebel Heart, actively participated in online sailing forums and on at least two occasions described to forum members several problems he had with the defendant, his sat-phone provider:

These included billing disputes and sudden phone deactivations for no apparent reason. Given this, it seems the Kaufmans in fact had fair warning their sat-phone service was unreliable. Doesn’t this prejudice their claim against the defendant?

Attorney Gilleon: He had the phone for nearly two years and in that time he can remember once where it simply did not work, the other time the issue cleared itself. In the first case a phone call to them resolved it and he walked away with the feeling that it was an isolated incident. If he thought the device was unreliable he wouldn’t have continued using the service. During the other nearly two years he used the phone constantly both for data and voice.

SatellitePhoneStore.com’s billing habits always seemed a bit off kilter but he chalked that up to the types of clients they’re dealing with (global, hard to reach). Also, they told him they were doing a big change to their billing system so long term there would be improvements.

WaveTrain: Have you developed any information that Iridium, as opposed to the named defendant, is also at fault? If so, can you share that information? Do you anticipate including Iridium as a defendant?

Attorney Gilleon: We have no evidence that Iridium was at fault in any way and furthermore would like to thank Iridium for being as forthcoming as possible in helping us to understand what happened to Eric’s account as it was handled by Whenever LLC.

I’ll let you draw your own conclusions as to this exchange, but to me Gilleon’s answers seem reasonable. The issue of whether Eric could have saved the boat by finishing the voyage on his own was the one I was wondering about most. To me it seemed this might have been a real possibility (as I mentioned in a previous post), but I had not considered the lack of communications. He had at least two more weeks of ocean sailing in front of him, in a boat taking on 60 gallons of water a day, or more, and doing so alone without even an EPIRB aboard would be enough to give anyone pause.

Reactions on the cruising forums have not been so generous. It seems independent-minded cruisers (and wanna-be cruisers) have a strong aversion to the concept of filing any sort of lawsuit related to things going wrong on a boat offshore. You can check the mostly negative reactions on the Cruisers Forum here and the Cruising Sailors Bulletin Board here. I note that Jon Eisberg, who gave me some grief after my own adventure in January, is leading the charge on the latter. He seems to have nothing positive to say about anyone who abandons a boat, whatever the circumstances, and I can only pray for his own sake he never has to abandon one himself someday.

At least one critic on the Cruiser’s Forum has charged that Eric has been deleting and revising past posts he made, seemingly in preparation for litigation. I asked attorney Gilleon in a follow-up question if he had any comment on this and so far have not heard back from him.

For myself, as a former attorney and as a bluewater sailor who carries a sat-phone, I have absolutely no problem with the Kaufmans filing suit against Whenever. Given the facts as we know them, they have a perfectly legitimate claim. I note in particular that Eric in the interview up top there (at about 20:38) claims to talked to his service provider just a week before heading out on passage and apparently received no notice as to any issue with new SIM cards. He may well have also mentioned the upcoming trip to them. In the complaint, too, there is an allegation that the company tapped the Kaufmans’ credit card for a monthly payment on the very same day they intentionally deactivated their SIM card.

I’ve noticed too on the forums that some people are now painting the Kaufmans as narcissistic media whores, which also seems unfair. I am sure they’ve turned down many more interview requests than they’ve received, and my take on what we’ve seen from them so far is that they’ve pretty much done the minimum they need to do to protect their own rights and reputations. 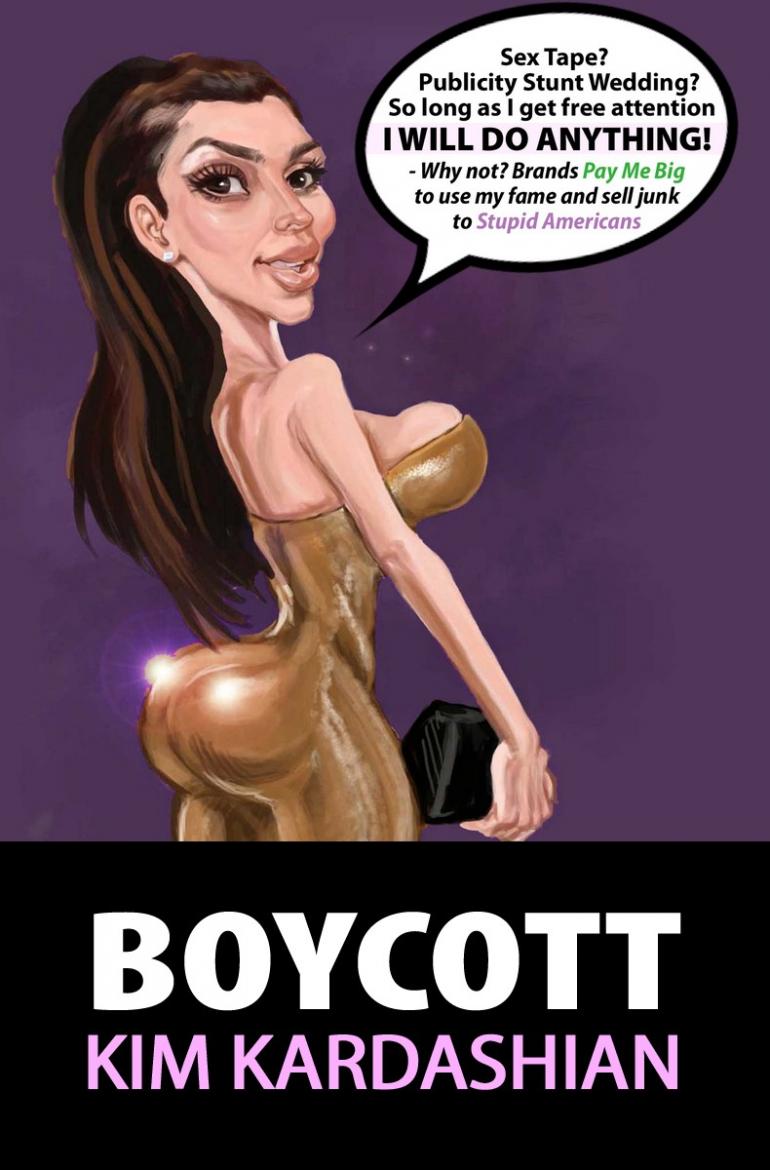 The Kardashians they are not.

Having said that, I should note Eric is scheduled to appear at a fundraiser in August for the That Others May Live Foundation, which provides non-profit support for Air Force rescue personnel. 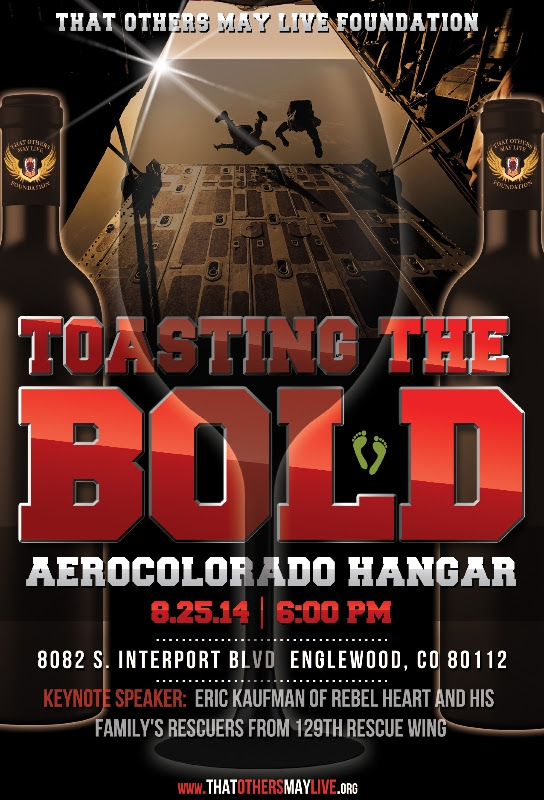 Some may call that narcissism, but to me it seems an act of gratitude.

UPDATE (December 23): A San Diego judge has dismissed the Kaufmans’ lawsuit there for lack of jurisdiction, citing a clause in their contract with their sat-phone provider that stipulates any litigation must be filed in Florida. Dan Gilleon has announced he will refile in Florida and proceed with the lawsuit there. The San Diego dismissal in no way reflects on the merits of the case.