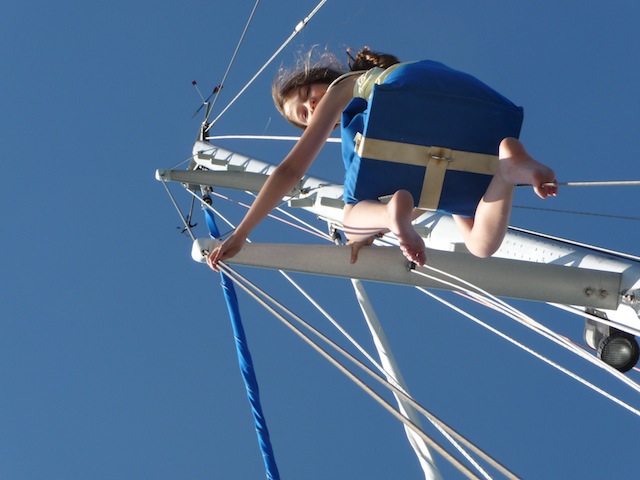 This is the second time Lucy and I have done this, but the first time we’ve done it on Father’s Day. We both thought it a good a idea, though Lucy, inevitably, wanted to know why there isn’t a Daughter’s Day, so we could go out then, too. Of course, we all know the answer to that. Last time, you may recall, Lucy was very focussed on climbing rocks and trees. This time it was the mast. We arrived at the Goslings quite late Sunday afternoon, having slashed through a sporty 20-knot breeze on a close reach to get there, and she had me haul her up the mast in the bosun’s chair five times after we got settled in. And yes, she did almost make it to the masthead a couple of times.

Mostly though she was tripping on how many jellyfish she saw in the water around the boat. At one point she counted eight. I’ve also noticed a few this year from deck level, which is odd. I don’t remember ever seeing jellyfish on the Maine coast before. It seems like everything is changing and we live on a whole new planet now, doesn’t it? 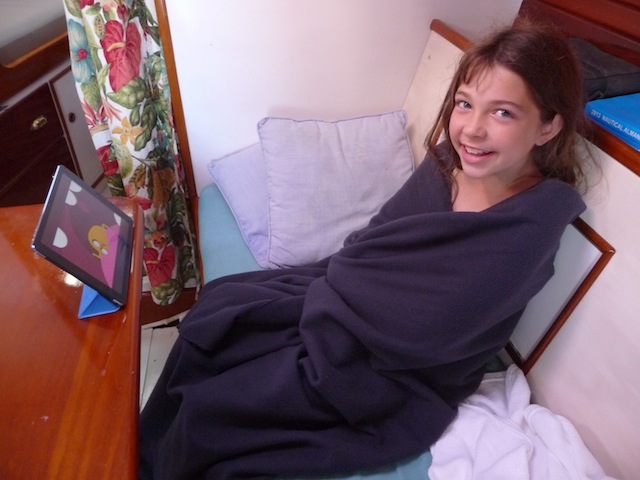 How do you get kids interested in going sailing with you? Here’s Cheap Trick No. 1: let them watch TV on your iPad for a bit while they’re hanging out onboard

She woke me up promptly at 6 the next morning and asked if I could put another blanket over her. Very thoughtful that. Then, right after she inhaled a bagel, a nectarine, and some Cheerios, she had me haul her up the mast again so she could check on the jellyfish. 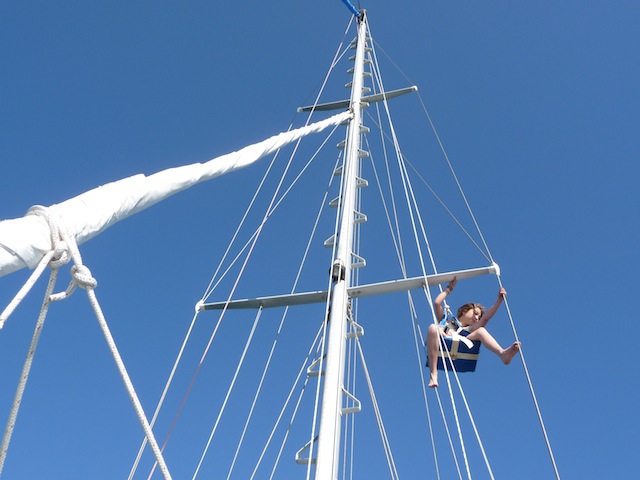 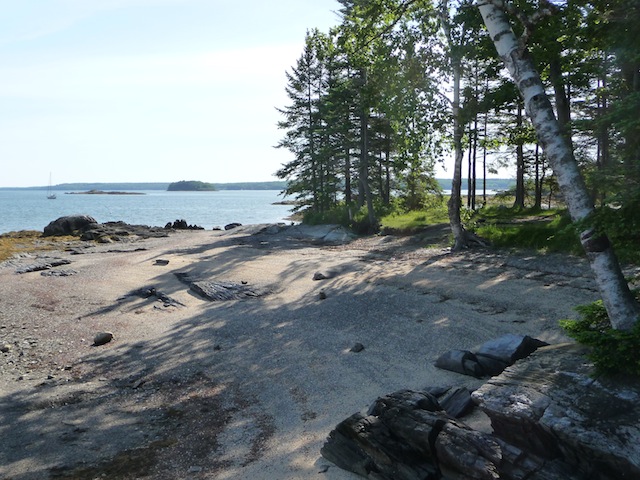 Afterwards we went ashore and poked around a bit, and… found a whole lot of stranded jellies on the beach! 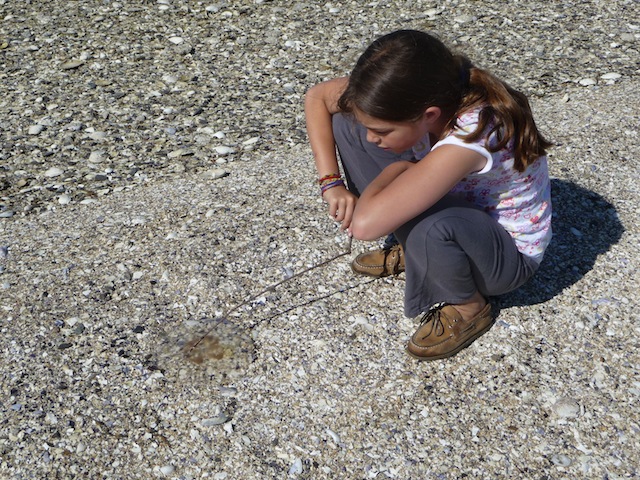 Lucy is always very curious about animals. First she grabbed a small bit of shell and poked a jelly with that, but somehow her finger got stung anyway, though she never actually touched the jelly with it. So she tried with something longer, a stick, and that worked better. We wondered if the stranded jellies were dead, or whether they were alive and just waiting for the tide to come back in. It says something about what simple life-forms they are that you can’t even tell the difference. 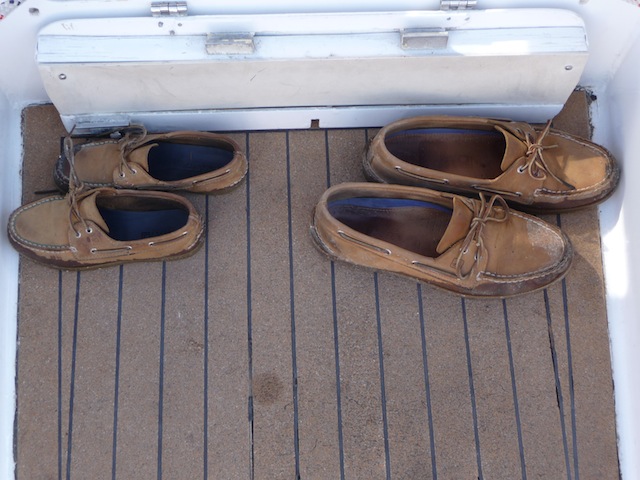 When we came back aboard our shoes were kind of mucky, so we had to leave them in the cockpit to dry. We had very light wind sailing back to Portland, and Lucy spent a fair amount of time lounging in the mainsail. Sometimes she wore her life-jacket on deck when I told her to, but not this particular time. 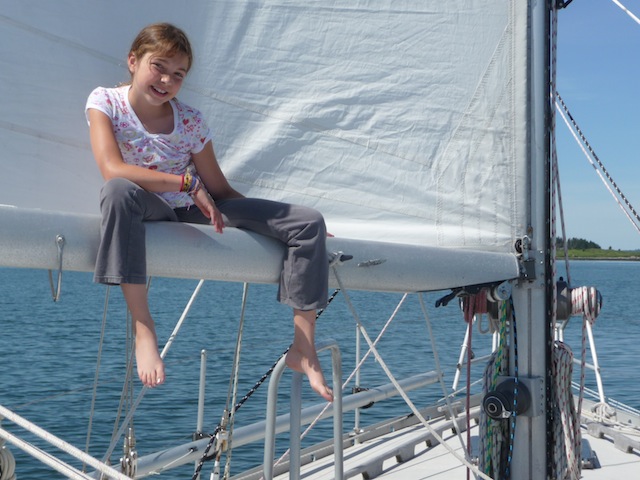 I’m planning on getting a new mainsail soon, and this is one question I ask myself: should I have the foot made with a shelf in it and bend it on to the boom the way it is now? Or should it be loose-footed? Really the only argument in favor of the shelf is that Lucy loves lying in the sail.

Also, when we got to Portland she asked to be hauled up the mast again, but I refused. So she used the mast-steps and went up on her own.

It probably was a good thing her mom wasn’t around.

PS: WaveTrain has a new look! Hence the delay in publishing this article and the reduced postage lately. Let me know when you find stuff that doesn’t work.

0Shares
Father's Daysailing with children
Previous PostLEE QUINN: He Sailed to Tahiti With an All-Girl CrewNext PostMAINE COAST CRUISE: To Thomaston and Back