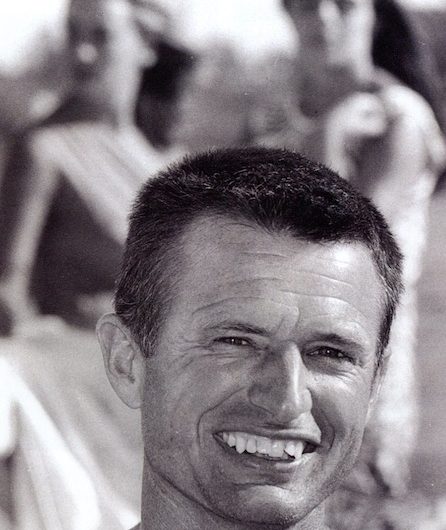 Sailors of a certain age will remember seeing this B-movie title in TV listings for certain low-budget UHF stations back in the day: I Sailed To Tahiti With an All-Girl Crew. I certainly remember it, and I’ve used the title as a throw-away line most of my life, but I don’t think I ever actually sat through the whole movie. Quite recently I learned there was a real person and a real story that inspired the making of that film, and (as is so often the case) the real story is actually much more interesting than the one Hollywood told. This concerns a professional steeplejack, Lee Quinn (see photo up top), who had a strong adventurous streak and sort of inevitably fell into the sport of ocean sailing starting in the 1950s.

Google around a bit and you’ll see there’s not much available online about Quinn–just a few old news clippings and some stray archive pix. The only full-length coherent narrative of his life is found in the pages of a self-published autobiography, Above and Beyond: The Simple Life, written by his ex-wife, Mary Ann Quinn. She, too, was a steeplejack, probably the first woman ever to take it up professionally, and shared many of Lee’s adventures.

If you google the movie title, you’ll get many more hits, but not much substantive information. 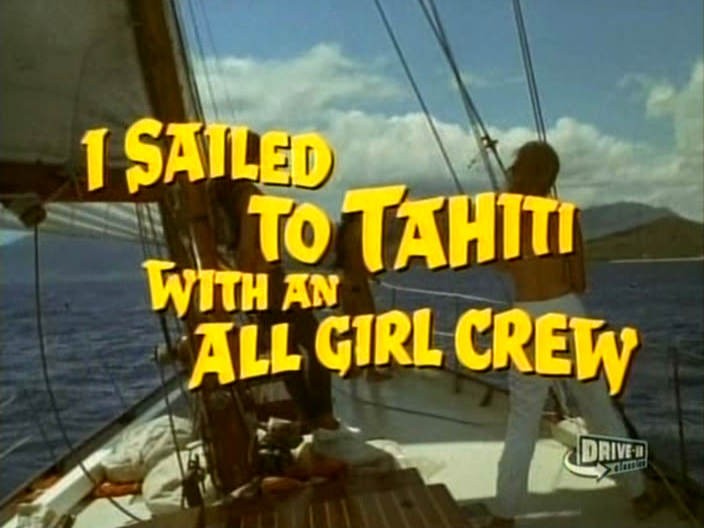 The film was released in 1968 and evidently was popular in drive-in theaters, presumably because what people did mostly in drive-ins was make out. The story line was pretty thin–two yachtsmen get into argument about who’s a better sailor, and one of them bets the other $20,000 (which was quite a lot of money in those days) that he can beat him in a race to Tahiti, even with the handicap of taking on an all-girl crew. There are a few plot twists, of course, one of which involves one of the female crew being wanted for murder, as referenced in this YouTube clip.

If you want to actually watch the whole film, you can buy what I’m guessing is a bootleg DVD cheap on eBay, though I think your money would be much better invested in a copy of Mary Ann’s book. 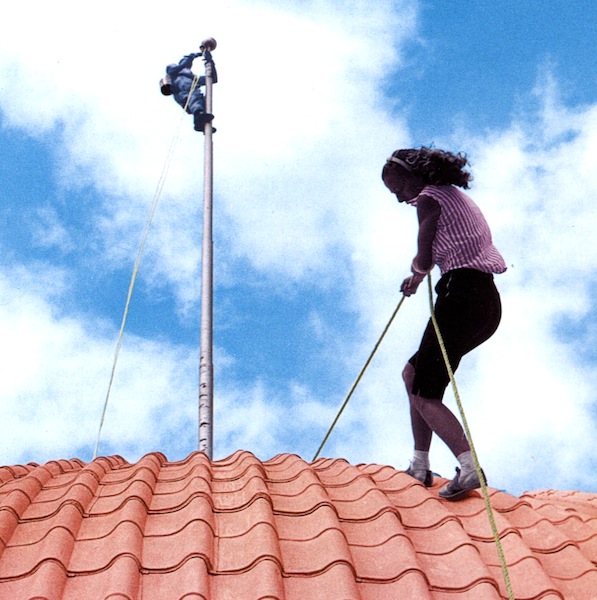 Lee and Mary Ann working a job in Honolulu in 1958

Lee and Mary Ann got married in 1946, soon fell into the steeplejack business as a team, and in their spare time had wild adventures together. They bicycled and motorcycled around Europe together, hitchhiked across North Africa, hopped a freighter across the Med (on which Mary Ann almost got raped), took up flying, and crashed a plane into the palace of dictator Rafael Trujillo in the Dominican Republic. Seriously, the list goes on and on. These two were big-time adrenalin junkies.

In 1952, Lee got it into his head that they should take up sailing. He talked Mary Ann into buying a 30-foot sloop, Flamingo, that almost immediately was destroyed by a tsunami raised by a 7.7 magnitude earthquake. Lee was still determined to go sailing, however, so he at once built himself a 16-foot catamaran out of plywood and set out to sail it solo down the coast of Baja California. 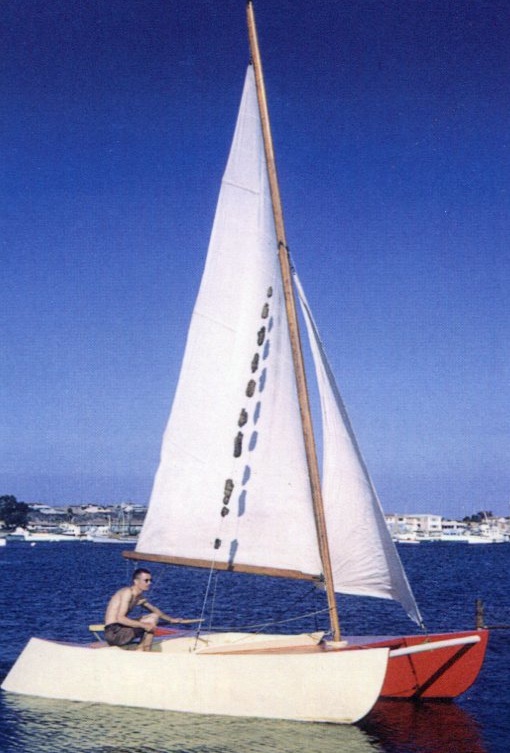 He got caught in some very fierce weather, almost lost the cat, but was saved by a fishing boat that simply hoisted him and the boat right on to their deck.

Lee got distracted by flying for a while, but soon enough came back to sailing and in 1961 bought a 45-foot ketch in Sausalito that he appropriately named Neophyte, as testament to his status as a sailor. On an early shakedown sail with Mary Ann, they nearly lost the boat when they were almost run down by a freighter near Point Conception. 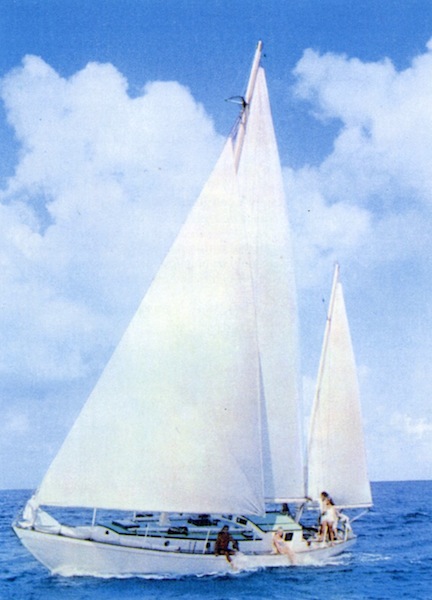 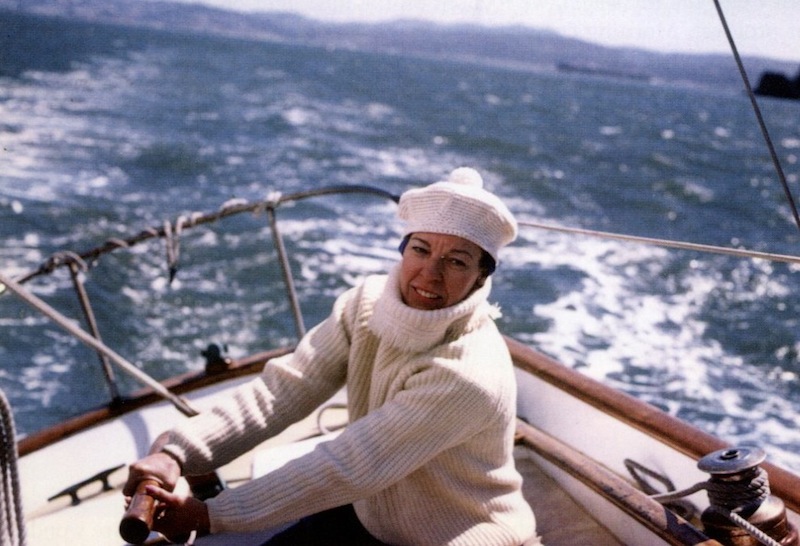 Mary Ann at the helm

Lee was not daunted by this and immediately started making plans to sail Neophyte around the world. Mary Ann wasn’t interested in that little adventure, as she was starting to get into competitive surfing, so Lee determined he’d simply go alone. Mary Ann objected to this, insisting he had to have a crew, and Lee essentially retaliated by recruiting an all-girl crew. After signing on one young German woman he met at random, Giselle, who according to Lee had “the physical attributes of a voluptuous Italian movie queen,” he advertised in the paper for more women crew and was besieged with applicants.

And this was beginning of his great schtick. From 1962 to 1970 Lee Quinn roamed the world in two different boats named Neophyte and always sailed with all-girl crews. In all a total of 105 women from 18 different countries joined him and together they attracted major publicity wherever they went. There was a constant string of newspaper articles, Lee gave many profitable lectures, and eventually the “all-girl” sailing schtick made it into the movies. 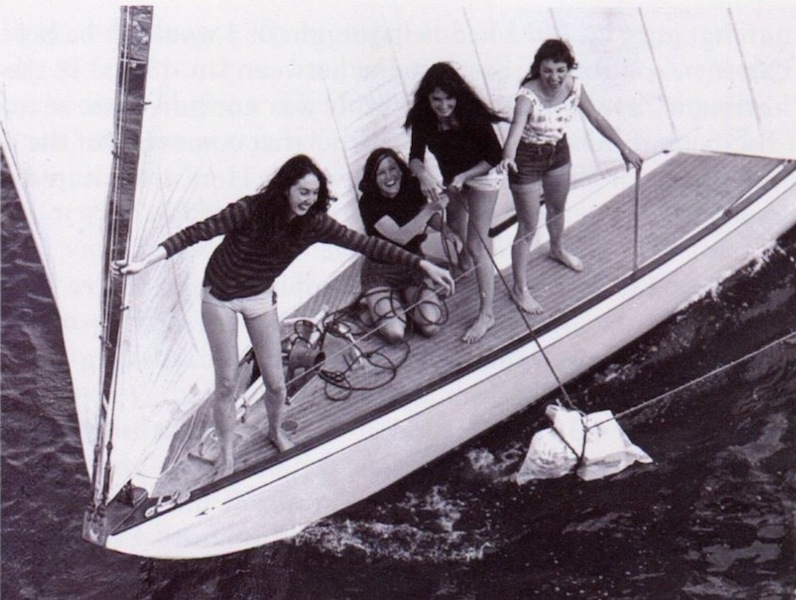 Lee Quinn’s crew receives a package of ice cream from a U.S. Navy warship while underway in 1963

As for Quinn & Co., yes, they did make it to Tahiti, among many other places, including Antarctica. Mary Ann was a very good sport about it all (to hear her tell it, anyway) and joined the boat and crew at certain points. Eventually, though, she and Lee divorced amicably, in 1964, and Lee married one of his crewmembers, Bea Berkson. Just two years later, however, they divorced and Lee started courting Mary Ann again. She appreciated this, for they did have a special bond, but she cherished her independence and was too busy with her own life–running the steeplejack business, traveling on her own, plus competing as both a surfer and skier–to reunite with her wayward ex-husband. 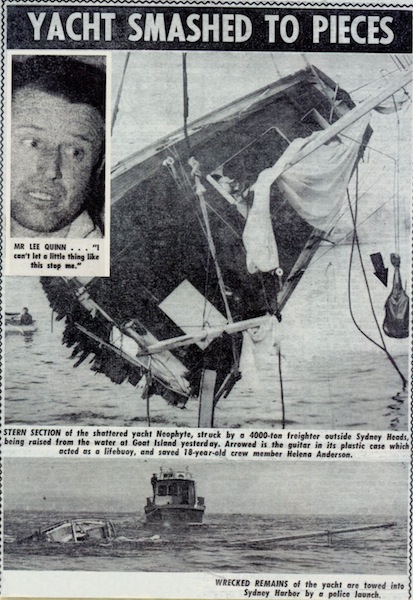 Unfortunately, Lee’s life ended in tragedy, as his predilection for nautical mishaps was never sated. The first Neophyte eventually succeeded in getting run down by a freighter, just off Sydney Heads in Australia in 1965. Lee at this point toyed with the notion of abandoning his voyage, but Mary Ann, ironically, urged him to continue, and he soon purchased another boat, a 48-foot cutter, which he christened Neophyte Too. 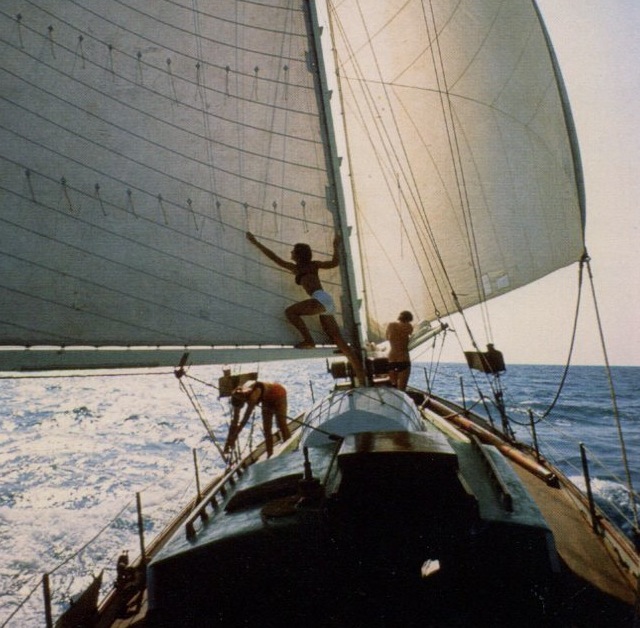 Neophyte Too under sail

Soon enough Lee was having more misadventures. He put his new boat up on the Great Barrier Reef for a while, then she was dismasted a year later, off Baja California, not long before Lee finally closed the loop on his circumnavigation in 1967.

He soon set out on yet another peripatetic voyage, again with all women as crew. This time he decided to start with a loop of the North Pacific and sailed to Japan via Honolulu and southeast Asia. On October 11, 1970, Lee and and four women, two of them Japanese, departed Aburatsubo, Japan, on Neophyte Too headed back for San Francisco.

They were never seen or heard from again.