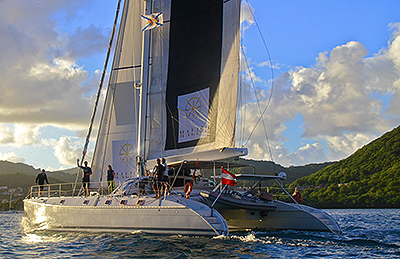 After a truly amazing public appeal by a number of British public officials, well-known sailors, and 200,000 random civilians who signed an online petition, the U.S. Coast Guard yesterday resumed its search for Cheeki Rafiki, a Beneteau First 40.7 that went missing on Friday while returning to the UK after racing at Antigua Sailing Week. Joining the search are elements of the World Cruising Club’s ongoing ARC Europe rally, led by the Outremer 64 catamaran Malisi (see photo up top). Yachting World’s technical editor Matthew Sheahan has also posted a detailed description of the search areas now involved and is urging any yachts transiting the area to join in the effort.

It makes perfect sense, of course, that people on yachts should help find the four missing crew from Cheeki Rafiki. But there is an element of risk involved–the overturned hull found by a container ship on Saturday, which presumably was Cheeki Rafiki, is certainly a hazard to other yachts. I would hate for anyone to find it by running into it.

If anyone does find it again, here’s another question: what exactly do you do with it? Is there any way to flip it over again? If not, how do you inspect the interior? Even for a well-equipped, well-trained diver, I imagine it would be a challenge. 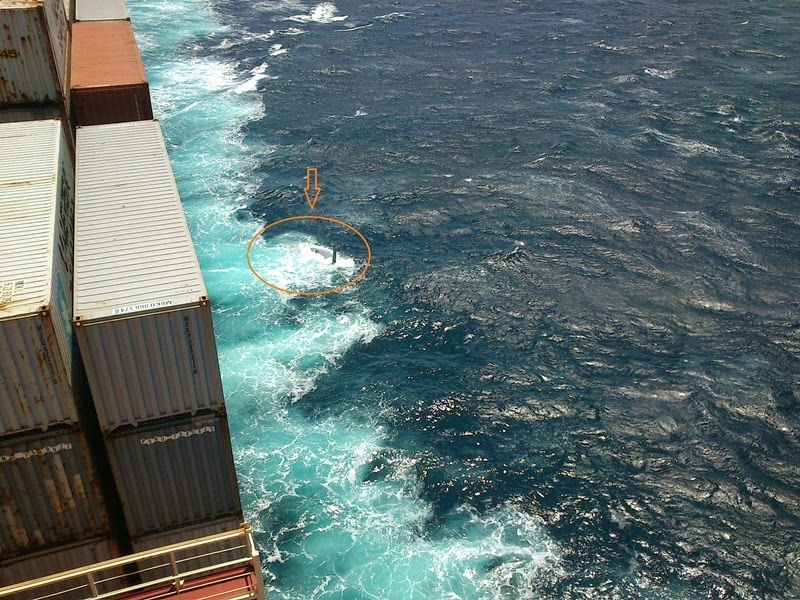 Matt Sheahan in his post argues against the scenario I discussed in my last post, that what likely happened was that the boat suddenly flipped before the crew could deploy and board a liferaft. Sheahan urges the loss of the keel might have been gradual, giving the crew time to react. Others have argued that the fact that there were two personal rescue beacon hits from devices lit off in sequence, one after the other, proves that there must be survivors in a liferaft.

Again, the question in my mind is: under what circumstances do you have time to board a liferaft without bringing along the ship’s EPIRB? Two PLB hits in sequence does, of course, suggest there are two or more people cooperating on getting rescued, but they could just as easily be together in the water as in a raft while doing it.

I have read one report that states the ship’s EPIRB was ignited on Thursday, when the crew first reported they were taking on water, but no source is cited and I find no other reports confirming it. Given what we know, it seems unlikely. The crew reported Thursday they had a leak that was under control and that they were diverting to the Azores; given their experience, you wouldn’t think they’d also light off their EPIRB at this time. If they had, SAR resources would have immediately been focussed on recovering them.

One can only assume that the Coast Guard’s working assumption when they called off the initial search after just 53 hours was that any survivors had to have been in the water. I believe they made the right call resuming the search, given all the interest and unusual circumstances, but realistically I think the odds of finding survivors are slim.

Here’s yet another question I’m asking myself: if this had been a plain-vanilla cruising crew instead of a reasonably high-profile racing crew, would Robin Knox-Johnston, Sir Ben Ainslie, the British government, et al, have gone to such lengths lobbying the Coasties to keep on searching???