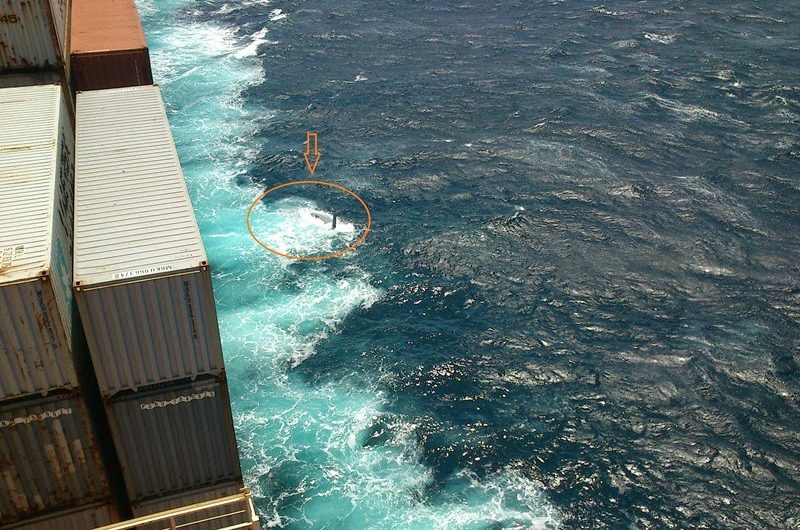 The U.S. Coast Guard are coming under major pressure today after they announced yesterday they were suspending their search for possible survivors from Cheeki Rafiki, a Beneteau First 40.7 that went missing in the North Atlantic about 1,000 miles east of Cape Cod on Friday. On Saturday a container ship participating in the search, Maersk Kure, found an overturned hull, with no keel (see photo up top), that most likely was Cheeki Rafiki, but they were unable to inspect the hull closely and found no other debris, no liferaft, and no other signs of survivors. Various luminaries, including Robin Knox-Johnston, the crew’s families, and tens of thousands people who have endorsed an online petition are pleading with the Coast Guard to resume the search.

Cheeki, which is managed by a British firm, Stormforce Coaching, had raced at Antigua and was being delivered back to the UK by an experienced crew of four. They contacted Stormforce on Thursday to report they were taking on water and were diverting to the Azores. On Friday two satellite rescue beacons were ignited–evidently these were personal beacons, not the ship’s EPIRB–and there’s been no word since. 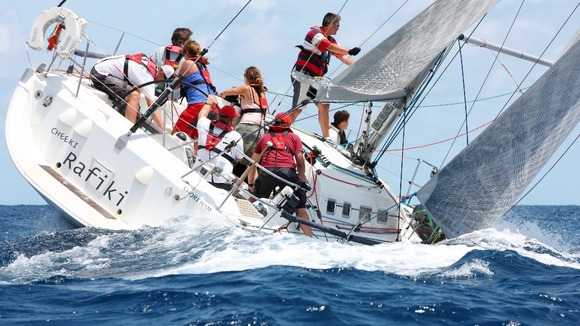 Cheeki Rafiki racing at Antigua earlier this month. She finished first in the CSA 5 division 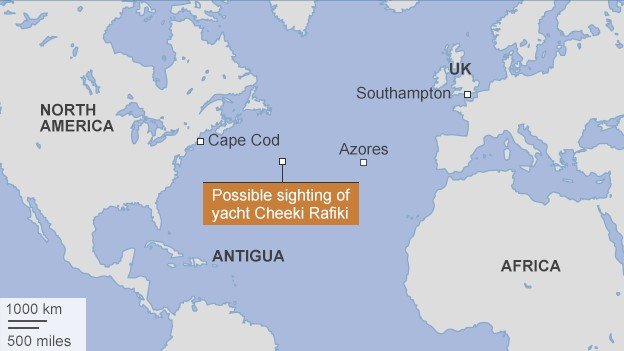 A very tough call this. Knox-Johnston and others are claiming it is “very likely” the crew is adrift in a liferaft, but I’m not so sure. Assuming that the overturned hull is the boat in question, it may be she flipped very suddenly when the keel fell off. (An impending keel failure may well be what was causing the leak.) Two crew on deck thrown suddenly into the water as the boat turtled would explain the personal beacons being ignited. A sudden inversion would also explain why the ship’s EPIRB, presumably stored below, wasn’t ignited. If there was no time to light off the EPIRB, there likely wouldn’t have been enough time to launch and board a liferaft.

It’s a shame the container ship crew couldn’t check out that hull in detail. There could be bodies onboard. But conditions at the time were very strong, and a container ship, obviously, isn’t equipped for that sort of work.

My sudden-inversion scenario is purely speculative, but based on the facts we have now, it seems the likeliest explanation. It certainly makes you think about modern keels. I have bloviated before about the vulnerability of keels on high-end race boats, but this was a common production boat. Unfortunately, other such boats have also lost keels in the past. Call me old-fashioned, but I like to take it for granted that my keel will stay put.

The Coast Guard reports they searched 53 hours for survivors, and that the estimated best-case survival time given the conditions was 20 hours. The crew onboard were James Male, Andrew Bridge, Steve Warren, and Paul Goslin, all from great Britain.