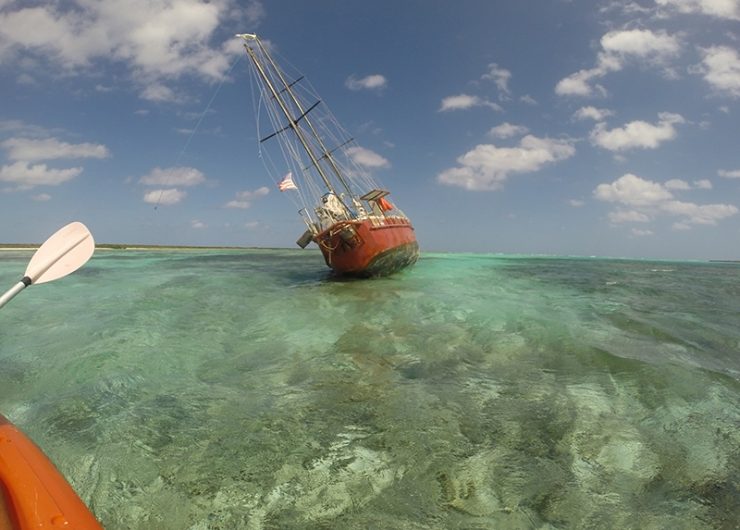 As the saying goes: what goes around comes around. Last time I posted about French cruisers Pascal Ott and Monique Christmann, they had finally been towed away Oriental, North Carolina, and then quickly disappeared in time to evade a court judgment that had been entered against them for defrauding a local chandlery manager. Since then it seems they made it to the Bahamas, where they somehow ran aground on a reef during the winter and were taken into custody by Bahamian authorities for failing to check in. They’ve been detained for months now, awaiting deportation, and meanwhile Primadonna, their decrepit steel ketch, has recently been plundered by a carefree rookie cruising family on a Leopard 38 catamaran.

As documented on the Oriental community website TownDock, the Bulgarian/Canadian family on the catamaran, called Fata Morgana, bragged about plundering the wreck on their website, The Life Nomadik, and on their Facebook page, but then deleted the relevant posts when they got a boatload of abuse from other cruisers online. 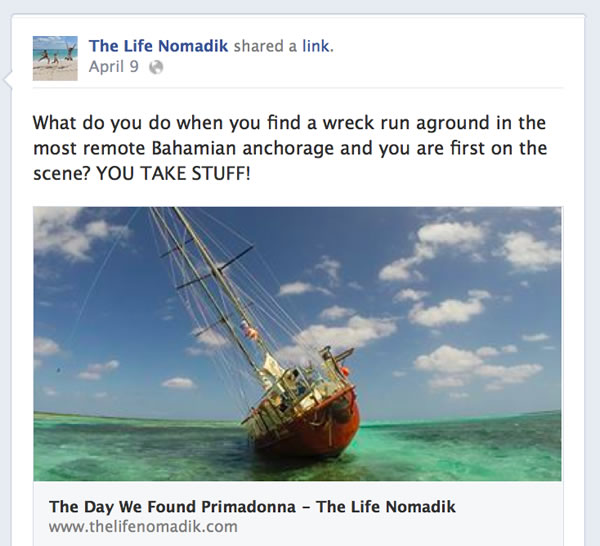 The family, starring Ivo and Mira, and their teenage son and daughter, Viktor and Maya, actually seems like a lot of fun. They set out cruising last summer with “zero sailing experience” and judging from the blog have been having a blast exploring the Bahamas and the Caribbean. Read the post about their experience on Primadonna and you’ll see they treat it all as a grand adventure. “Wrecking is so much fun!” wrote Mira, who maintains the blog. They actually took a fair amount of stuff–four winches, some hardware and rope, a spinnaker, a liferaft, a surfboard, a windlass, snorkeling gear, a marine radio, a compass, some clothing, and more. 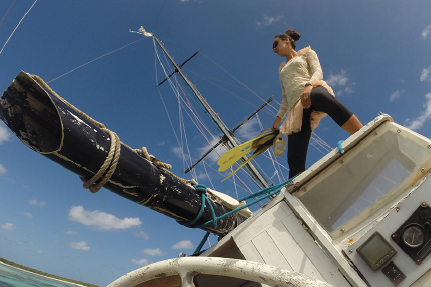 Mira models some stolen clothing aboard the wreck of Primadonna 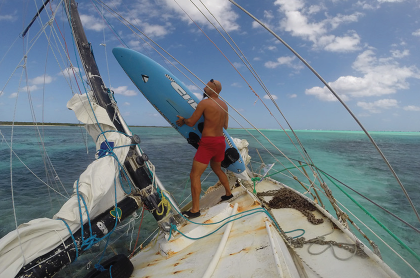 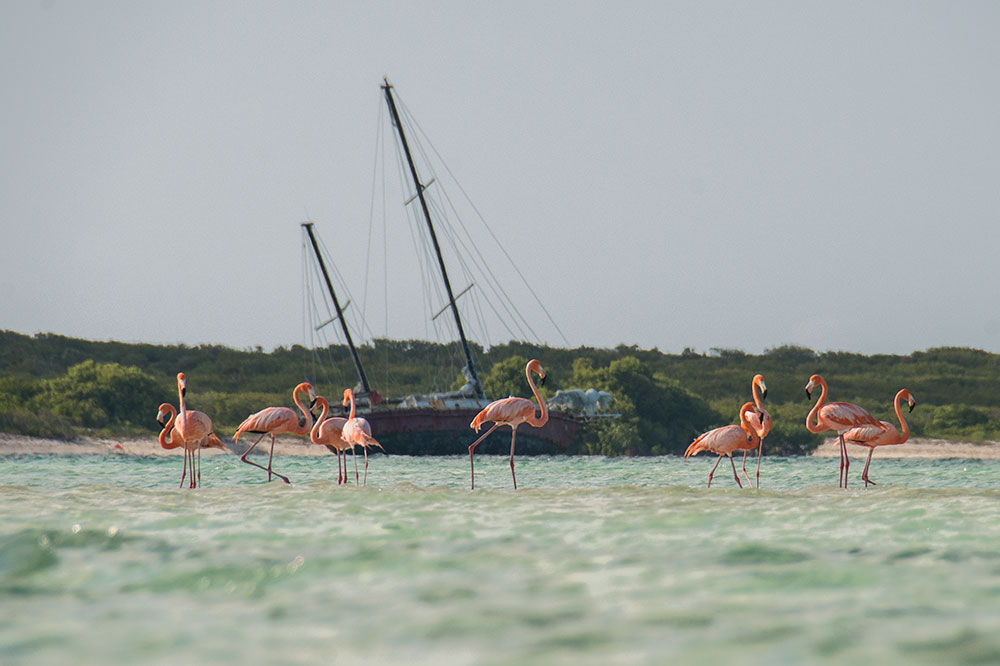 The wreck of Primadonna on Booby Cay, off Mayaguana, with flamingos in the foreground 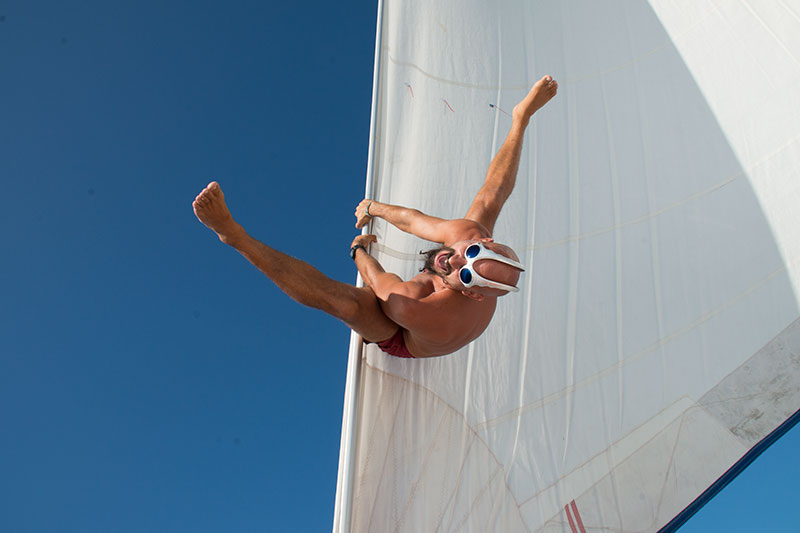 It’s also quite apparent from the blog post that Ivo and Mira were not acting maliciously in plundering the wreck, but were simply naive. They fell for that old trope about marine salvage law–that you’re entitled to keep anything you find. (Definitely not true; for more accurate guidance on the subject, check out this post here.)

You can imagine what people online had to say about it. The crew of Fata Morgana, to their credit, confronted the storm head on and jumped into this Cruisers Forum debate here.

Meanwhile, no word on how long Pascal and Monique will be detained by the Bahamians. Apparently, no one wants to pay for their flight back to France. 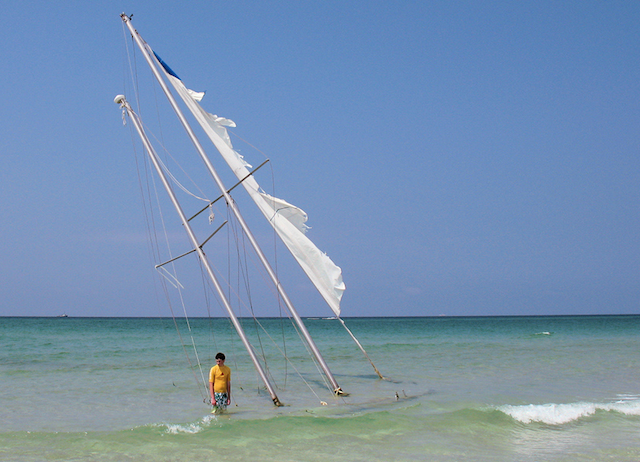 SALVAGE LAW: Do You Get to Keep an Abandoned Boat?