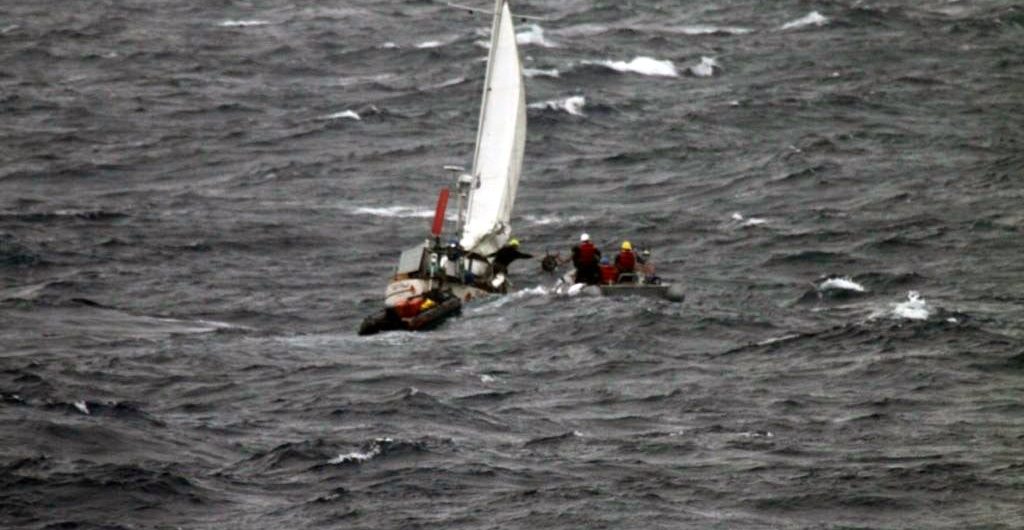 Eric and Charlotte Kaufman, who evacuated their boat Rebel Heart last month with their two young children, at last broke their media silence and have described some of what happened onboard to Ira Glass in a radio interview on This American Life. You can read the transcript or stream the broadcast here. The substantive facts of immediate interest to cruising sailors are a) they were taking on water due to hull-deck joint damage suffered during a broach; and b) their sat phone suddenly stopped working because the manufacturer or service provider shut it down remotely. On purpose.

I’ve seen some online commentary raising questions about the deck joint damage. (As if, what? They’re making it up?) But it makes sense to me. According to the interview, the damage occurred when the boat broached and the boom dragged in the water. Presumably the boom was made off to the rail somehow, we don’t know how exactly, and the huge load on whatever fitting was involved did the damage.

Deck joints are often a major weak spot on fiberglass boats, particularly older ones. I’ve had all sorts of problems with them leaking on different boats, even with no big shock loads in the equation, and this is one reason why I finally gave up on fiberglass and began looking at aluminum boats instead.

The really disturbing part of the Kaufmans’ tale is the sat-phone SNAFU. They used their phone to call a doctor when their daughter Lyra first got sick (per the doctor’s advice they administered antibiotics, which had no effect) and also to call the U.S. Coast Guard, to advise them of the difficulties they were having. And then the phone stopped working and flashed a “SIM Card Error” message at them. They found out later that their sat-phone company (not specified) had decided to change SIM card brands, mailed out new ones, and deactivated the old ones.

As a sat-phone owner, I would love to know a lot more about that! Even if you’re not in an emergency situation, it could create all sorts of trouble if you’re in regular contact with people on shore and suddenly get cut off.

In the Kaufman’s case, they were taking on 60-70 gallons of water a day through their deck joint, believed their HF radio had been disabled by the leak, could no longer talk to their doctor or the Coast Guard by phone, they were weeks from anywhere, and their daughter was getting worse.

Of course, they did have an EPIRB onboard.

The interview was pitched to a lay audience, so of course there are still several questions of interest to sailors that have been left unanswered. Eric Kaufman has made very brief appearances on at least one sailing forum, but has offered no substantive information, though he has mentioned that he and Charlotte may be looking for another boat. At this point, I tend to doubt whether they will ever engage in a big “info share” with sailors online. As was amply demonstrated during my own experience, sharing facts about boat abandonments online does nothing but incite critics. 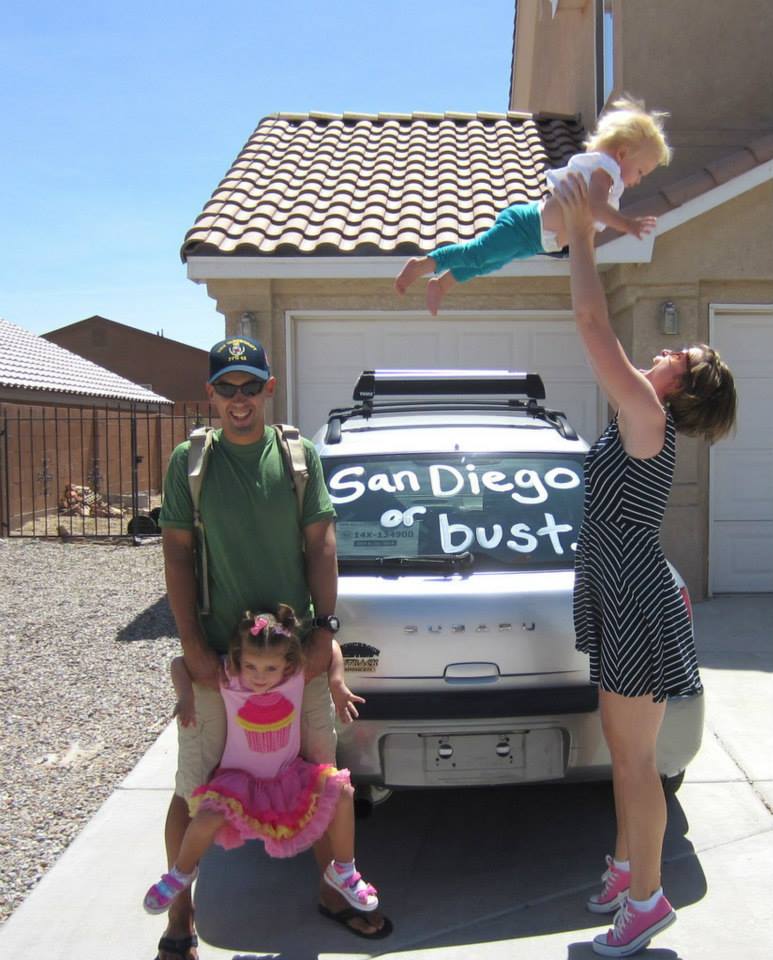 The Kaufmans back onshore post-rescue

One non-technical question that was not raised during yesterday’s interview was whether there was any discussion prior to the evacuation about Eric staying behind with the boat to save it. I had assumed this was an option, but I may have been wrong.