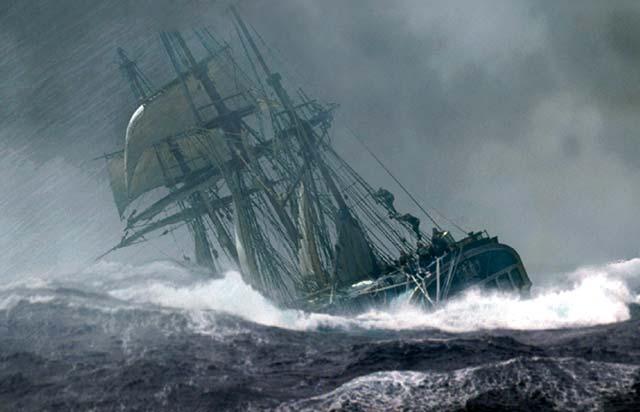 The National Transportation Safety Board released its report on the infamous October 2012 loss of HMS Bounty yesterday, concluding “that the probable cause of the sinking of tall ship Bounty was the captain’s reckless decision to sail the vessel into the well-forecasted path of Hurricane Sandy, which subjected the aging vessel and the inexperienced crew to conditions from which the vessel could not recover.” No real surprise there. But on reading the report in full, I did find one bit I hadn’t expected, which is that the five-member review board also determined that the captain, Robin Walbridge, was not actually under any pressure to make the ship’s next appearance in Florida and that the ship could still have reached St. Petersburg on schedule if it had waited out the storm in Connecticut.

If you believe that, the bottom line to this disaster is that Walbridge was just a cowboy, risking his vessel and crew for no good reason at all.

I discussed the Bounty with Coast Guard personnel in Elizabeth City, North Carolina, during my recent visit there and they had a lot to say on the subject. Rescuing the ship’s crew (they recovered 14 of the 16 people aboard after the ship sank) was a major fire drill for them, requiring the deployment of one C-130 search plane and three Jayhawk helicopters at night and in truly horrendous conditions. They felt Walbridge had needlessly jeopardized their flight crews by failing to provide the Coast Guard with accurate and timely information as to the ship’s status.

You can take another glimpse of the CG rescue viddy right here:

You can also read this official Coast Guard account of the rescue, which is surprisingly hair-raising, given how dispassionate it is. 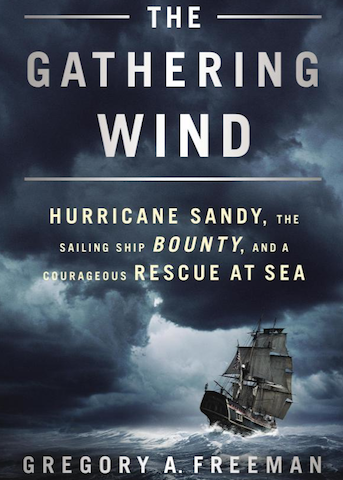 If you want to reprise the whole disaster in detail, there is now a book available, Gathering Wind: Hurricane Sandy, the Sailing Ship Bounty, and a Courageous Rescue at Sea, by Gregory A. Freeman, and also a Kindle Single, The Sinking of the Bounty: The True Story of a Tragic Shipwreck and Its Aftermath, by Matthew Shaer.