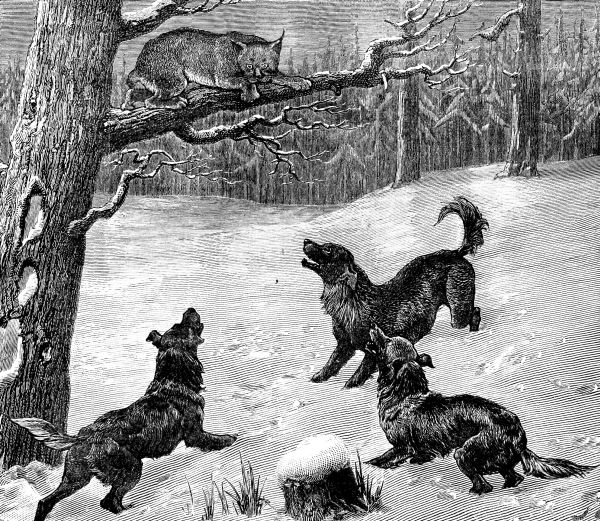 Silly me. I thought publishing my account of abandoning Be Good Too would decrease rather than increase speculative and critical commentary among the baying dogs of the Internet. I suppose I should have known better. Unlike some folks out there, I don’t have the free time to write multiple screeds on all the sailing forums, so I thought I’d address some issues that have been raised here.

1. The most substantive point that has been raised is that it was not wise of us to attempt a non-stop passage from New York to St. John in January in an untried prototype boat. This certainly bears discussing. Gunther and Doris had been waiting for the boat for some time and were eager to get south ASAP. I am sure they are now second-guessing their decision in retrospect. They did hire Hank to help them do the passage, and that at least was a smart move.

As for Hank’s perspective, he’s a professional delivery skipper. Taking brand new lightly equipped boats into shitty weather is a big part of that job, at least if you really want to make a living at it. Some have suggested he should have tried to persuade Gunther and Doris to hop down the coast to the Bahamas instead, but in doing that he would effectively be talking them out of hiring him. I would guess that he now might be a bit more careful about accepting hull no. 1 prototype jobs.

As for me, I have some experience crewing off-season deliveries, including in brand new boats, and I knew what to expect. I knew we’d be in a gale or two and expected some things might break. I would never have done this trip with a skipper I didn’t know and trust. In retrospect I can certainly say I will be more careful in the future about doing off-season passages in prototype boats.

One interesting question to be asked is whether a mid-winter passage south is in fact more difficult than a fall passage. Winter weather is harsh, but it is more predictable. In the fall you are dancing between late-season hurricanes and early-season winter storms. In the winter, at least, you won’t have some squirrely tropical system doing something entirely unexpected (like Mitch in 1998).

2. Many people have suggested we should have tried to do more to get the boat to shore. Most of the discussion has been about dropping the bent rudder and steering the boat without it. In this case, however, the rudders had positive buoyancy and only a couple of inches of clearance over the tops of their stocks. We did not have a 10-ton hydraulic jack (thanks for that tip, Evans), and I doubt it would have been useful if we had. We had no long levers. It never occurred to us to cut a hole in the deck over the rudder stock or to destroy the bearing tube–this, I submit, would have been a bad idea given the high likelihood of encountering another gale.

We also never discussed getting in the water to saw off the rudder. I would hope most people would understand that this idea is simply idiotic. We had no tool capable of doing it, and even if we had it would be impossible to accomplish working in the water under the hull in the open ocean.

The one interesting suggestion that has been made is that we might have removed the starboard engine’s starter when the engine was running and put it on the port engine to start it, too. Gunther actually suggested this, and Hank and I thought it sounded crazy. None of us are really diesel mechanics.

I now seriously would like to know: is this really possible? Has anyone done it? If so, please contact me. If it is possible, I’d like publish a story in the magazine on what’s involved and how to do it.

3. I have been most surprised by the comments made by Jon Eisberg, an experienced bluewater sailor I previously had some respect for. He has stated that the “deal-breaker” for him was the loss of electrical power, and that he would have aborted and headed for shore at that point. But, as I stated clearly in my account, we first became aware we were losing power after 0700 hrs on Saturday. We got hit by the wave and lost steering at about 1130 hrs the same day.

We weren’t that concerned about the loss of power in any event and spent little or no time trying to solve that problem. It may surprise Jon to learn this, but it is possible to sail long distances without any engines or electrical power. Some people even go out in boats that don’t have engines or electrical systems in the first place. All we needed to get to shore were sails and an operable steering system, so we focussed our attention on solving the rudder problem.

Jon has also criticized me personally and has suggested that our abandoning Be Good Too is very analogous to the abandonment last year of Wolfhound, about which I wrote at some length. But the two situations are obviously quite different. Wolfhound had sails and a working rudder and was getting close to Bermuda. Her immediate problem was that she had no electrical power, and her crew couldn’t navigate without it. All they had was an iPad with a low battery. We had a handheld GPS and plenty of double-A batteries and navigation wasn’t an issue. Our only serious problem, as I thought I made clear, was that we had no working rudders.

UPDATE: Since this was first published both the builder of Be Good Too and her skipper have offered their versions of the story:

The Skipper Responds to the Builder’s Response