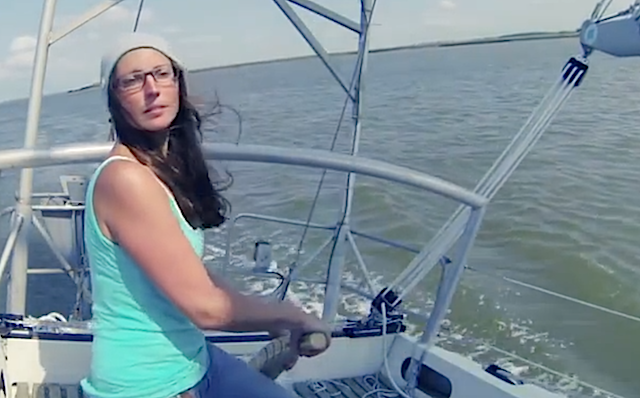 Here’s a bit of holiday inspiration for those of you thinking of blowing off the rat race to go cruising. Nike Steiger, a 32-year-old German woman, recently quit her marketing job, bought a 37-foot aluminum Reinke Super 10, and has been fitting it out for an open-ended adventure that may (or may not) take her to the fjords of Chile. She has been maintaining a well-produced video diary and posts short updates each week on her YouTube channel. So far the plot line has focussed mostly on the process of cleaning up and refitting her boat Karl (and its very recalcitrant engine) and on cutting ties with her old life, but now it seems she’s about ready to move on.

This represents a big leap of faith, to be sure. Nike tells me she had a modicum of sailing experience before putting her plan into action–some classes and certificates, holiday sails with her family while growing up, and some “training” trips with friends. She looked for a suitable boat to buy in Europe for three years, but then heard about this Reinke, then named Vela Bianca, that had been sitting idle in Panama for five years. She bought it sight unseen for about a third of what an equivalent boat would cost in Europe, and though a friend had checked it out beforehand, she still had a bit of a surprise when she flew down to Panama to see what she had gotten herself into.

Here’s the trailer for the series, with lots of nice sailing footage:

And here’s Episode No. 1, In the Jungle of Mold, and yes, it is very impressive mold:

I’m telling you, this woman has chutzpah. A lot of wanna-be cruisers would be thoroughly daunted by the prospect of dealing with such a badly neglected boat. But Nike obviously has a great deal of determination. Check out this episode (No. 12) where she finally takes the boat out for the first time herself:

She’s also pretty inventive. Check out how she rigs up her depthsounder (starting at 1:42) in Episode No. 16:

I asked Nike why she named the boat Karl, and she told me the name derives from an old German word “karal” that means “man” or “husband” but also “the free one.” She feels it fits perfectly.

I’m looking forward to seeing how this adventure unfolds and have two predictions: 1) Nike is going to get her boat out of Panama and put some miles under her keel; and 2) she’s going to get good at sailing without engine.

MEANWHILE, speaking of cruisers with a dream, we should note that Pat Schulte and his family of Bumfuzzles, who until recently were sharing their lives with rest of us at SAILfeed, have decided to ditch the boat and do some cruising on land for a while. 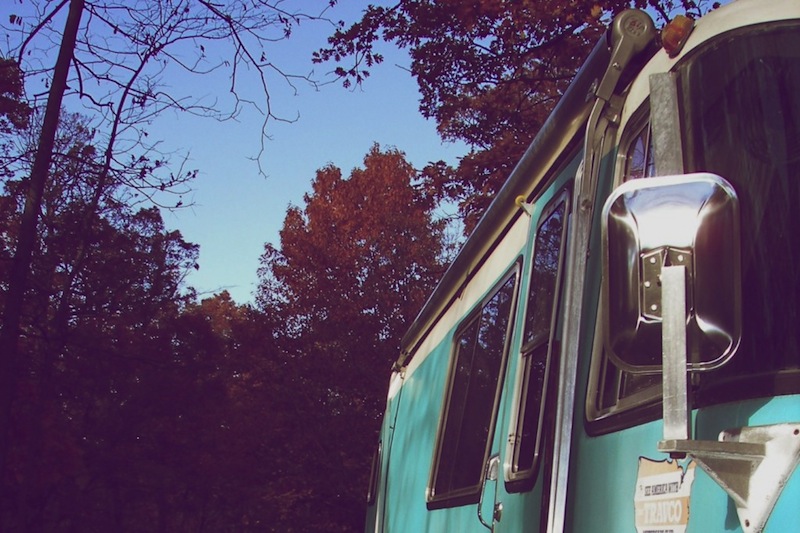 Seems they’ve bought an antique RV, sight unseen, and will be heading out on an extended road trip. Coincidentally (or not), this decision followed a spate of chronic engine problems aboard their boat.