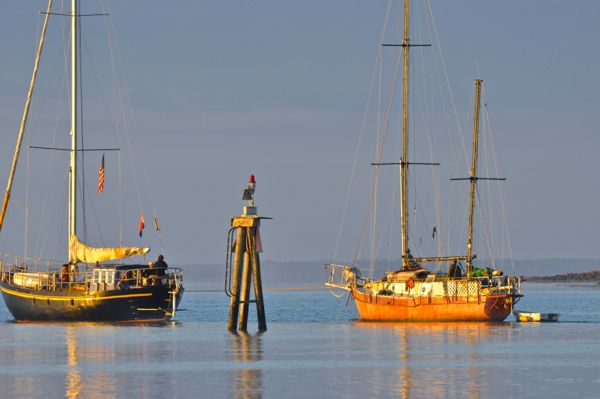 Let the record reflect that Pascal Ott and Monique Christmann, the deadbeat French sailors who have plagued the otherwise cruiser-friendly community of Oriental, North Carolina, for the past year have at last moved on. Or rather, they’ve been dragged on. As has been reported on Oriental’s fantastic community website, TownDock, Ott and Christmann and their decrepit steel ketch Primadonna were towed out of the anchorage last month (see photo up top) by a transient Dutch cruiser, Martijn Dijkstra, who left them on a mooring at Morehead City. Most everyone in Oriental was happy to see the last of Primadonna, except for chandlery manager Pat Stockwell, who got stuck with a bad check passed by Ott and sued in small claims court to recover $2,480.42 he lost in the transaction.

Ott, it turns out, was served with a summons on November 11 and was towed to Morehead City the very next day. On November 19 the court entered a default judgment against him, as he failed to appear to contest the claim, and now poor Pat Stockwell has to track the bastard down to enforce the judgment. Coincidentally (or not), Primadonna was last seen in Morehead City on November 18, the day before the court hearing, and no one knows where she went. TownDock has issued what it calls a “Citizen’s APB” and anyone with knowledge of Ott’s current location should definitely drop a dime. He may seem “judgment-proof” (as they say in the legal trade), but I reckon Stockwell, if he had to, could always seize the boat satisfy his claim. 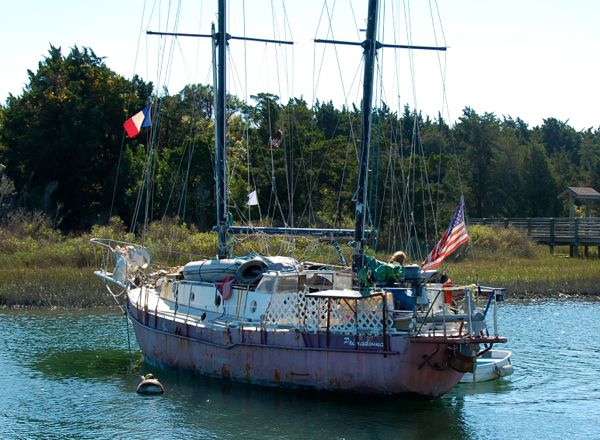 Last known whereabouts: Primadonna at Morehead City, on a mooring near the Sanitary Restaurant 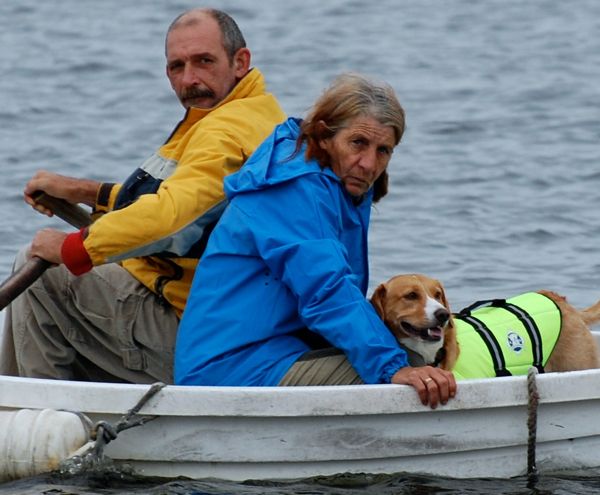 Pascal Ott and Monique Christmann in their tender. She was popped for shoplifting while in Oriental (charges were not brought) and now a court judgment for passing bad paper has been entered against him. Be warned: if you see these people, do not loan them money!

Meanwhile, let us ponder the phenomenon that is Martijn Dijkstra. He has been a frequent visitor at Oriental over the years, first in his 30-foot steel sloop Rotop, and now in his “new” 50-foot steel cutter Prinses Mia. 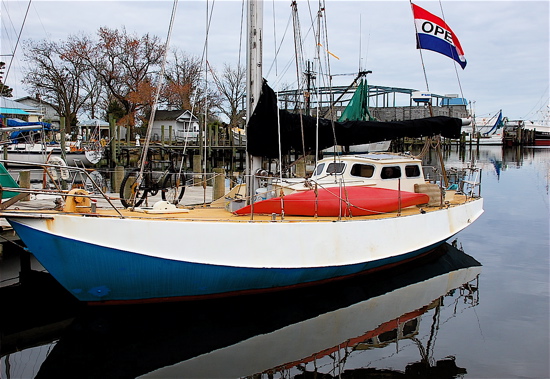 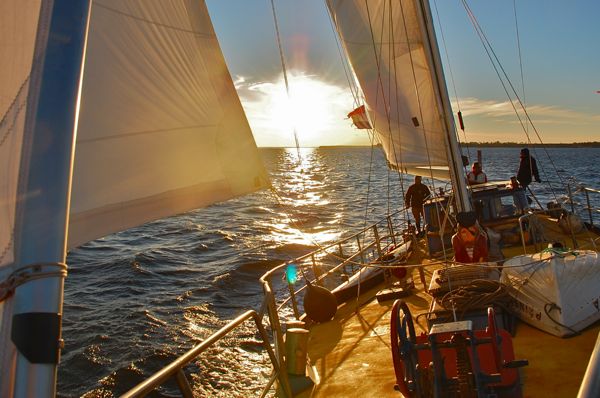 Martijn takes some locals for a sunset sail on Prinses Mia 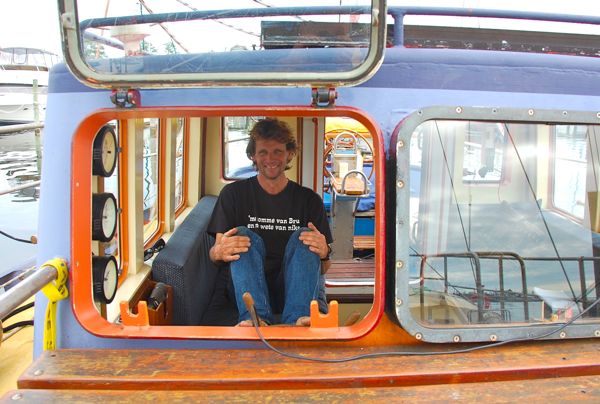 Relaxing in his pilothouse

When it comes to dumpster-diving barebones cruising with grace and style, this guy’s the real deal. He has been living aboard for the past 20 years, built his windlass out of scraps he found, rigged his diesel engine to run on cooking grease, finished the boat’s cozy interior with salvaged material, and keeps her bright with leftover varnish and paint others have thrown away. I urge you to read this recent TownDock post to get full low-down on both him and his boat.

NOTE: All photos here are courtesy of TownDock 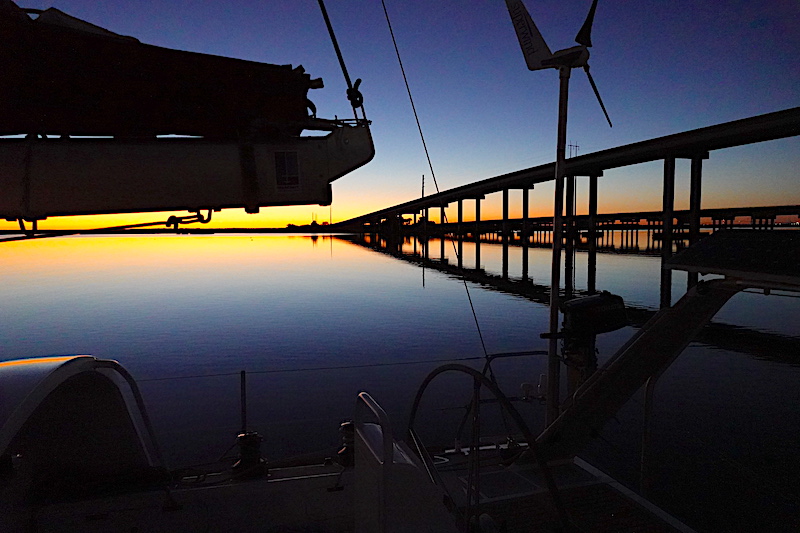