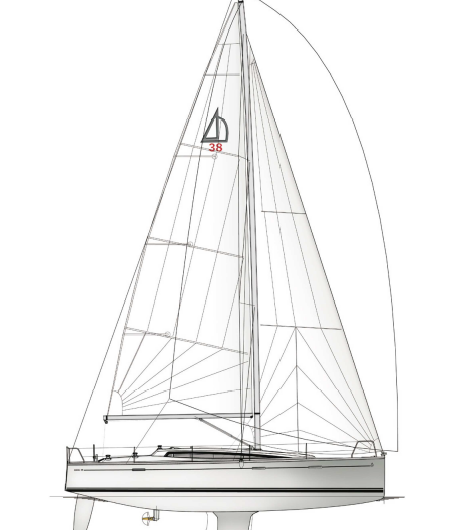 Dehler was one of a few venerable European sailboat brands that ran out of oxygen during the Great Recession. You may recall that many of their quick, durable, well-built cruiser-racers got sold on this side of the Pond over the years. Hanse Group, which evidently aspires to be the General Motors of European boatbuilding, bought the remains of the business a while back and this Dehler 38, which just debuted in Annapolis, is the first all Hanse-built model they’ve put out. It was the very first boat I test-sailed after the show, and I have to say I was impressed by its performance.

It is not as well built as its predecessors, but it sails as well, or even better. I recall, for example, that the rudder on the last Dehler I test-sailed, over 10 years ago, lost its grip in just 15 knots of wind. No such worries on this puppy. We had about the same wind this time, and the boat was very sure-footed and quick. It is also considerably less expensive than a new “old” Dehler would be–base price in the U.S. for this model is a tad under $220K, which isn’t that much more than what a 12-year-old Dehler would set you back.

Hanse is renowned for the severe, edgy Euro-styling of its own Hanse brand boats (the other brands in the conglomerate include Moody, Fjord, and Varianta), but they restrained themselves here. This new 38 has a sort of subdued modern look inside that is vaguely reminiscent of the old Dehler interiors. 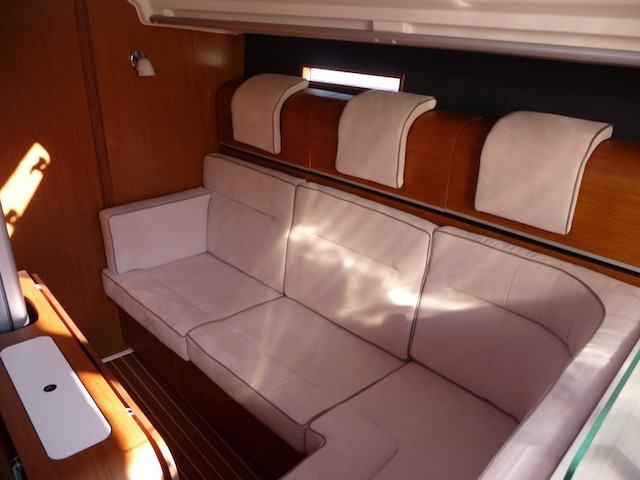 I rather liked the curved headrests over the settees. It makes you feel like you’re in a private jet 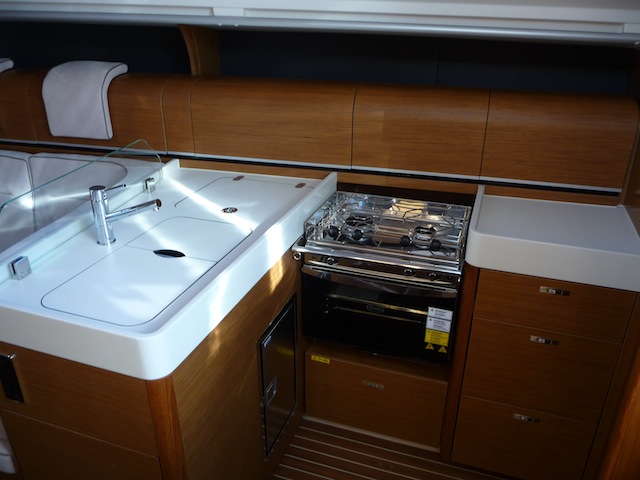 The galley is small, but very serviceable 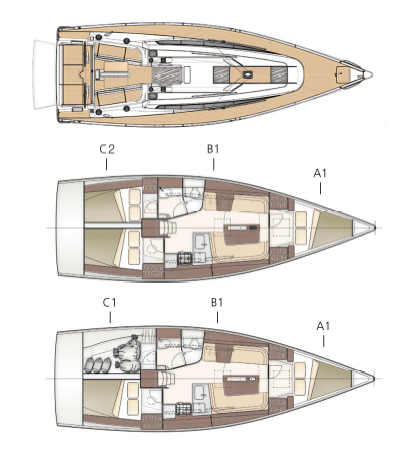 Two- or three-cabin layouts are available. I was on a three-cabin boat. You have to go through the head to get to the port-side aft cabin, but the head is cleverly laid out, and this works much better than you’d think

The boat has three different keels to choose from–standard cruising, shoal-draft, and competition–and two different fractional rigs, one with standard Selden aluminum spars and a taller one with carbon sticks. I sailed the straight standard boat, which at its best was hitting speeds a tad over 9 knots, which ain’t too shabby for a boat with handlaid laminate and a 34-foot waterline. We had no instruments of any sort (other than my handheld GPS), but I estimate its best closehauled angle was just inside 30 degrees apparent.

Pony up for the taller rig and deeper keel, and I think you might have a very competitive boat here. Even with the standard set-up, you clearly won’t be embarrassing yourself during a beer-can series. 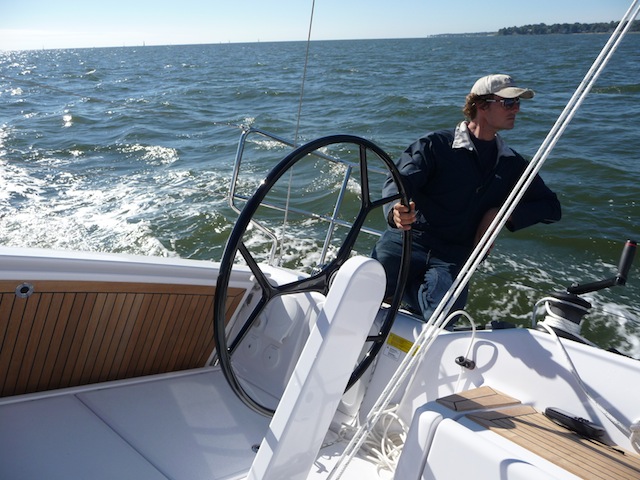 This is my babysitter Matt Karhan steering for a bit while I snap pix. The boat has twin helms and a fold-down transom 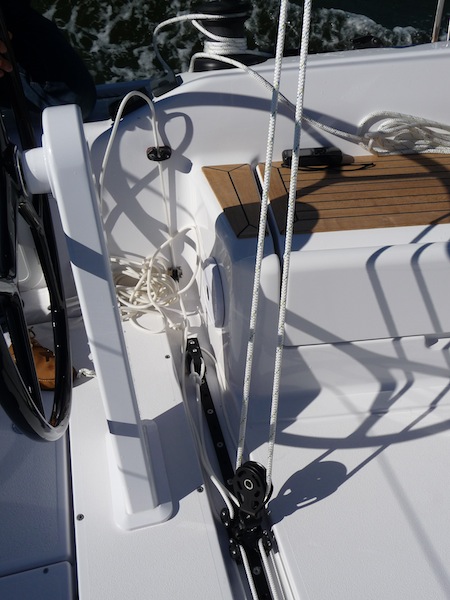 One nice performance feature is the full-width traveler. It’s recessed in the sole, which looks cool, but I wonder if stray line tails will get tangled up in there 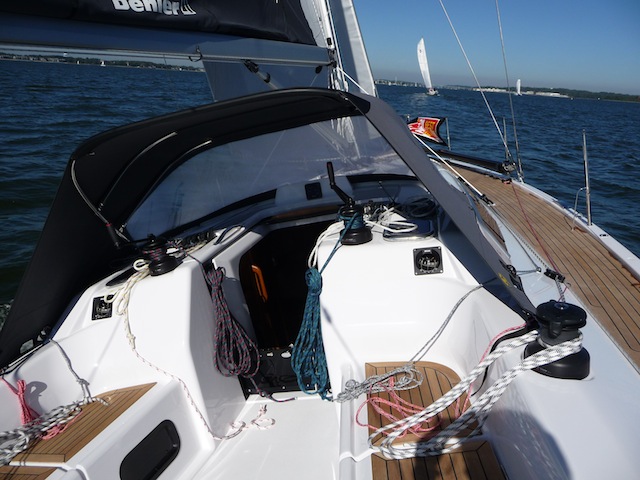 My test-boat did not have the optional fixed cockpit table. Thus there was nowhere to mount a chartplotter in the cockpit and nowhere to mount a steering compass near the helm, as the wheels are on struts rather than binnacles. Folks with older eyes may have a hard time reading those little bulkhead compasses while steering

You can read a full review of the boat in an upcoming issue of SAIL.

0Shares
boat reviewDehler YachtsHanse Groupnew sailboats
Previous PostTHE BOY, ME AND THE CAT: Cruising South Down the ICW (Before There Was an ICW)Next PostVALIANT 40 DELIVERY: Small Gale and a Bird En Route to the Chesapeake