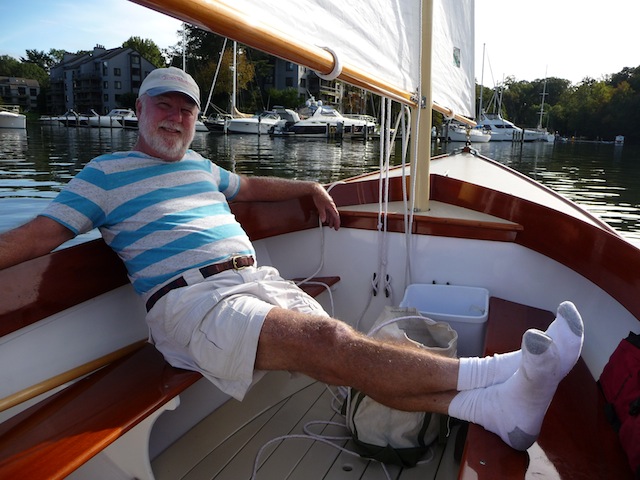 Pardon the void in my personal blogosphere here, but I’m just back from Annapolis, where I was test-sailing boats for the comic after the big show closed down. By far the most relaxing test I did was with designer Chuck Paine (see photo up top) aboard his new Paine 14, a sweet little daysailer based on the old Herreshoff 12-1/2. We had a great time ogling moored boats and chatting up a storm as we ghosted up and down Spa Creek in the few cat’s paws of wind that presented themselves–exactly the sort of thing a boat like this is designed for.

Chuck is seriously devoted to the original 12-1/2 (he has one he’s been sailing for the past 40 years), and he’s not about to tell you that his new boat is an improvement on it. What he claims is that the old Herreshoff version is the “best boat design ever” and his new design is second best.

What it is, in reality, is 10 percent smaller and 40 percent lighter, with a modern underbody and a Marconi rig. It is faster than the old boat, easier to trailer, and easier to rig, as it has an unstayed carbon-fiber mast to which the mainsail is bent on with simple Velcro straps. 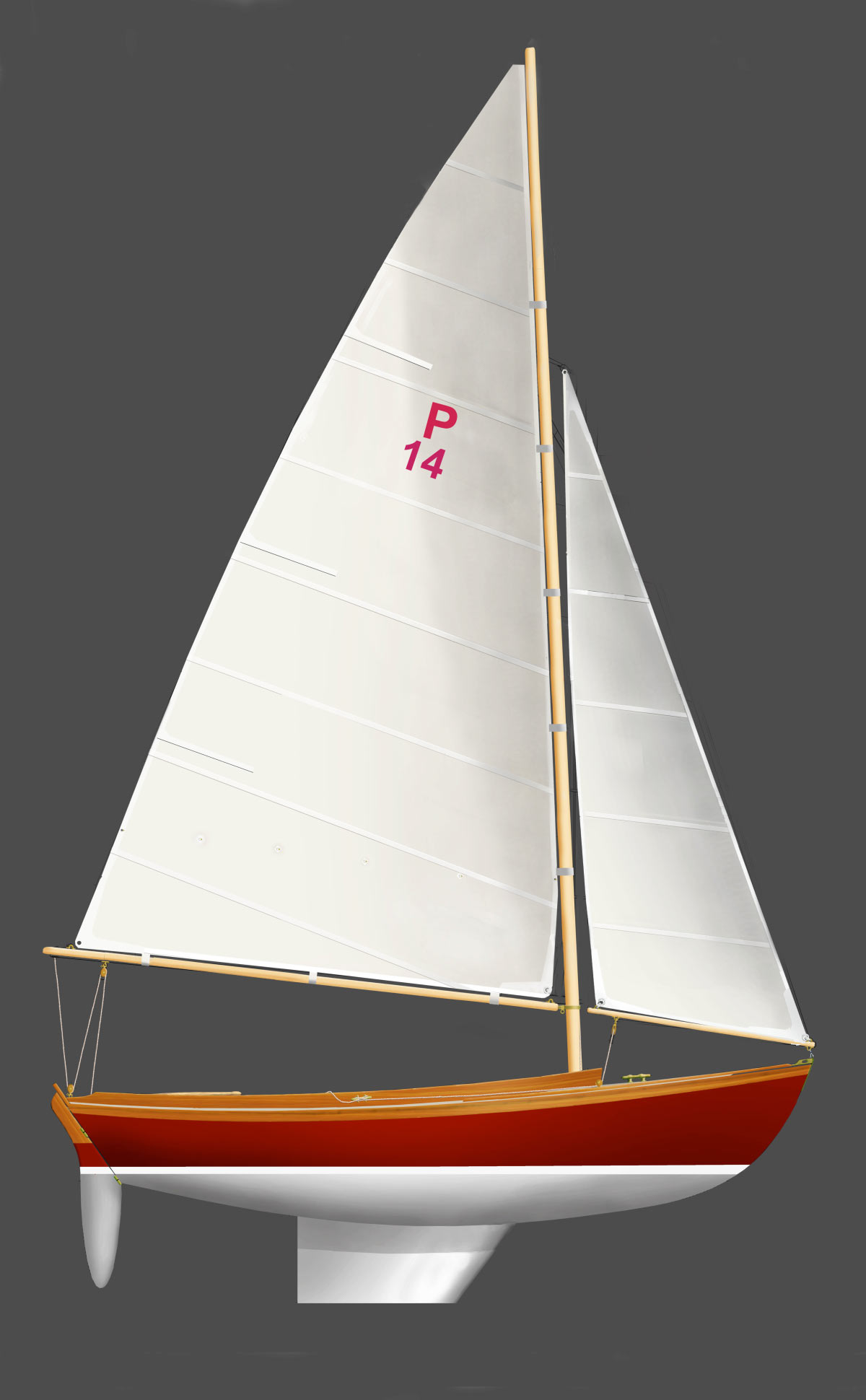 The new Paine 14 in profile with Marconi sailplan. You can also order a gaff rig, if you insist on spending more money for less convenience 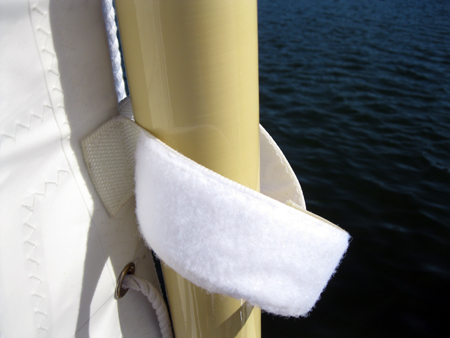 Velcro mainsail strap–undone. The straps let the main luff slide down to leeward a bit while sailing, which improves airflow over the sail

Unlike the original, this new boat can be sailed under main alone and is also unsinkable, as there are huge flotation compartments fore and aft.

During our sail we had no problem creeping upwind in maybe 3 knots of breeze (or less) against some mild negative current. Because it has relatively little wetted surface area, the boat gets moving easily and has enough weight that it carries its way nicely in the light stuff. 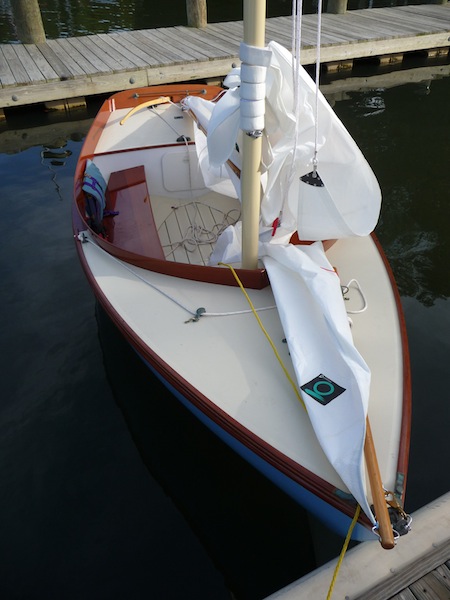 Ready to hop back on its trailer after our test sail

Chuck actually designed and built this boat solely for his own use, but enough people expressed interest in it that he went ahead and found a builder for it. French & Webb, in Belfast, Maine, are offering fiberglass boats for $38.5K and cold-molded epoxy boats for $69.5K. The two versions will weigh the same, so they can play together should any one-design fleets spring up.

Keep an eye on the comic for a more detailed review on the boat sometime in the future. 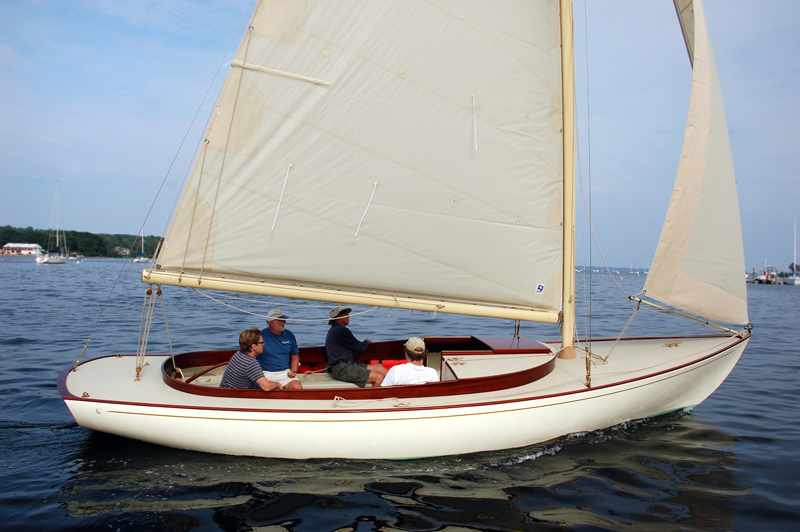