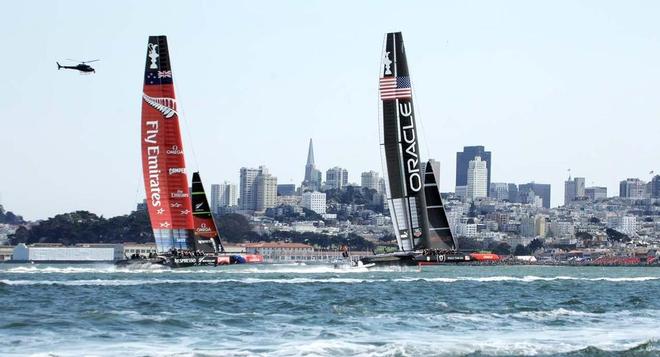 I was going to blog about the Cup again after watching race 4 on Sunday and planned to cheerfully announce how wrong I was in my last post on the subject. I am an optimist at heart, and I was ready to drink all the Kool-Aid in sight after watching Oracle finally beat Emirates Team New Zealand in a fair fight. I recalled the 2004 ALCS between the Red Sox and Yankees, and how I was chatting with my best Sox buddy right after the Yanks went up three games to zip in the series. “You know what,” I said to him, as the marvelous premonition of what was about to happen swept over me. “I think we have them right where we want them.”

And, of course, I was right… 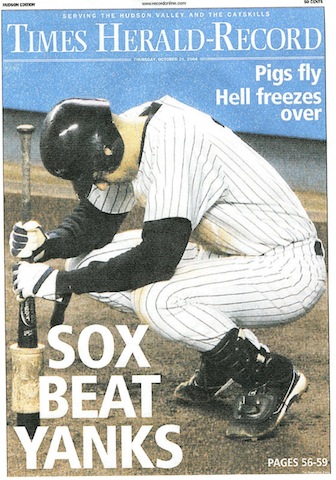 But then I thought I better watch race 5 before writing anything.

And presumably you know how that went. 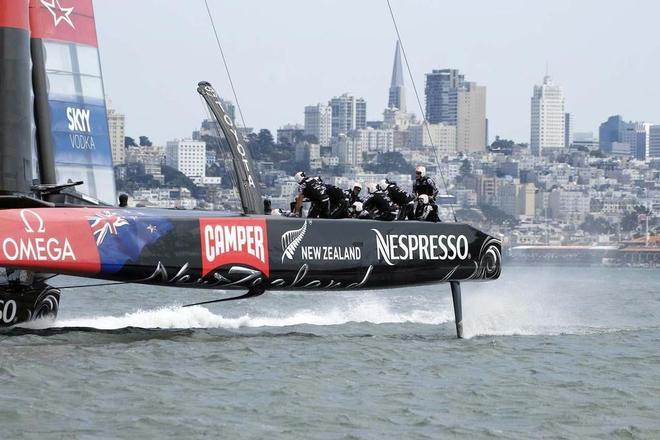 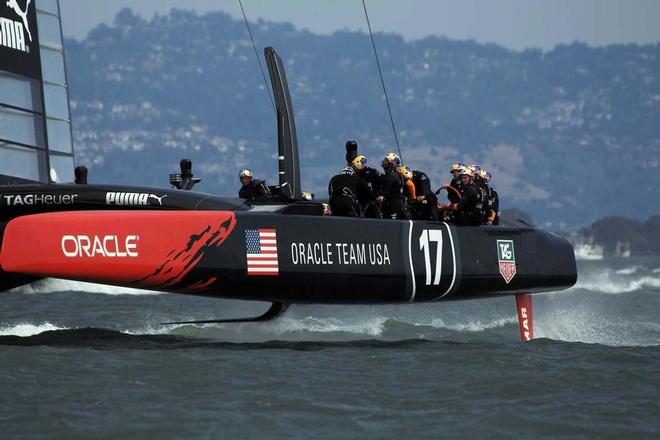 I will say I am glad I was wrong in one respect: in the end the closest racing in these boats has come in the finals, which is how it should be. I will watch all remaining races with great interest, as should you all. Never before in the history of sailing have we been able to watch one 72-foot yacht traveling at 30-40 knots luff up hard at close quarters into another yacht of the same species, running at the same speeds, in a short round-the-buoys race.

If you don’t think that’s interesting or exciting, then you obviously have misplaced your brain somewhere.

I also have two suggestions: 1) if I were Larry Ellison I would interrogate all my paid employees closely until I found out exactly who did what in this AC World Series cheating scandal, then I would personally dismember all guilty parties and throw their body parts in the bay; and 2) if I were the Kiwis I’d insist that all cheating sanctions against Oracle be removed, just to keep things interesting a little while longer.

Meanwhile, whether suggestion no. 2 is seized upon or not, my previous offer re taking any odds that the Kiwis will win still stands.

For those who have missed any races so far, here’s a video archive:

(All still AC pix above are by Chuck Lantz)