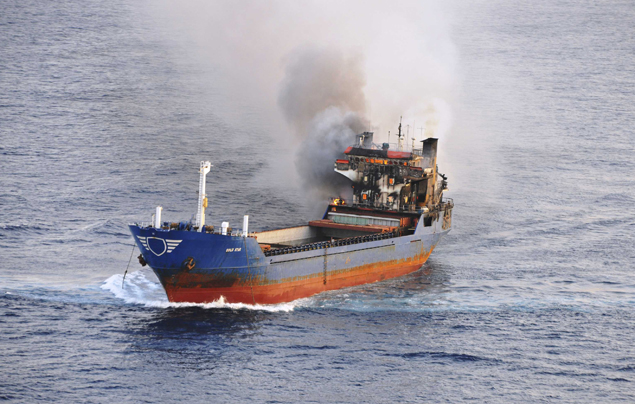 This methinks is the denouement of a Cheech and Chong movie that never got made. The facts, predictably, are a bit hazy. The ship, M/V Gold Star, owned by some Syrian guy, flagged in Tanzania, had nine crew on board. They allegedly set fire to something on board the ship Friday night when they were 30 miles north of Malta. The cargo, maybe? Then they jumped overboard.

Italian law enforcement vessels just happened to be in the area at the time. The Armed Forces of Malta also appeared on the scene. Regrettably, the fire was extinguished sometime Saturday. 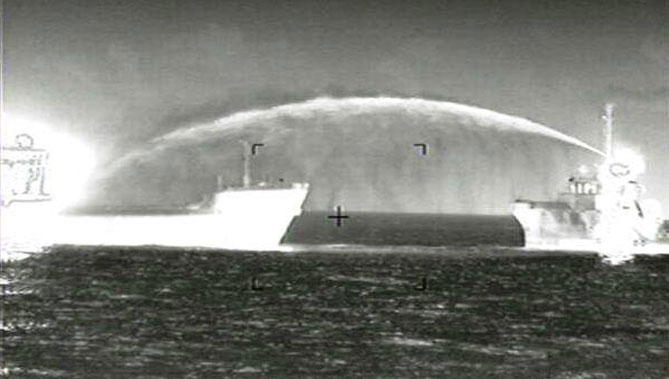 The crew was saved, but were also arrested. The Italians say the cargo was hash oil, 30 tons of it. Maltese journalists claim it was worth 300 million euros.

I’m pretty sure this really happened. You can even watch a video:

Maybe someone who happened to be sailing past downwind of the inferno can enlighten us further?

Wait… I think I posted the wrong viddy: