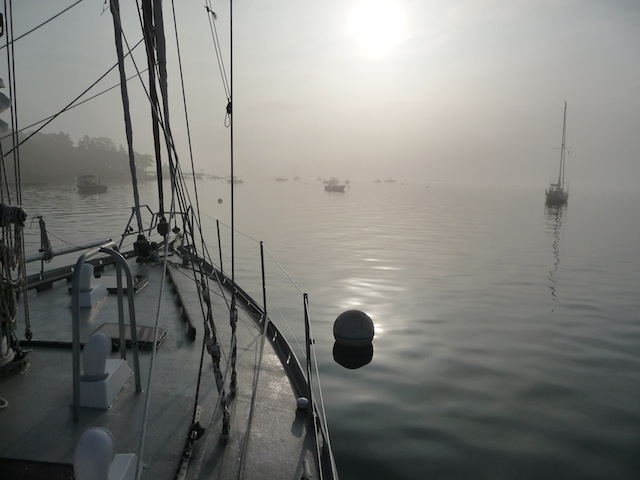 I have a few distant memories of Bustins Island from when we used to visit my father’s sister Cynthia and her family there. I remember Archie Ross, a larger-than-life character who used to run the little ferry boat that trundles back and forth between Bustins and nearby South Freeport. I remember walking in my bare feet from my aunt’s cottage down a dirt trail to a little store where we bought ice cream in Dixie Cups that we ate with wooden spoons. This memory in particular still stands out in my mind as an epiphany of juvenile summer bliss.

I got to wallow in the residue of that epiphany for a while this past Labor Day weekend, as Clare, Lucy, and I sailed up to Bustins from Portland on Lunacy to call on my cousin Laura, my aunt Cynthia’s youngest daughter, who still spends a lot of time on the island, in the very same cottage we used to hang in way back when. 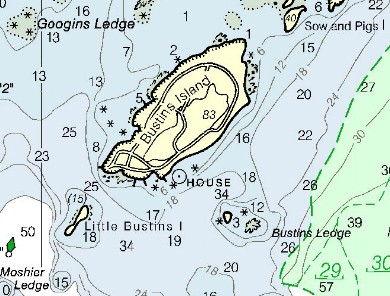 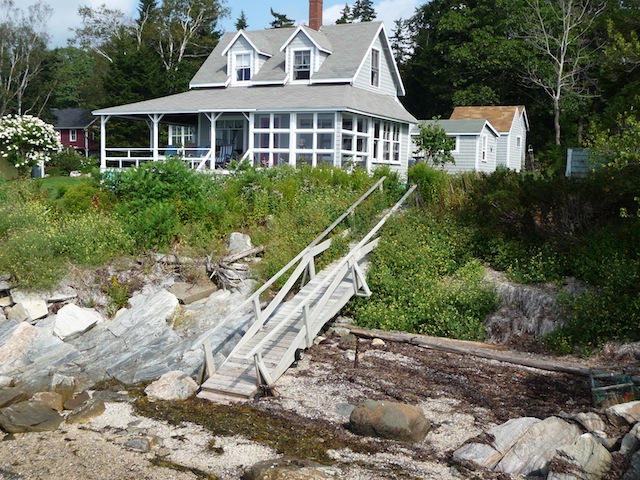 The cottage in question, which is right on the shore at the southern end of the island. This was the first time I’d visited in nearly 50 years 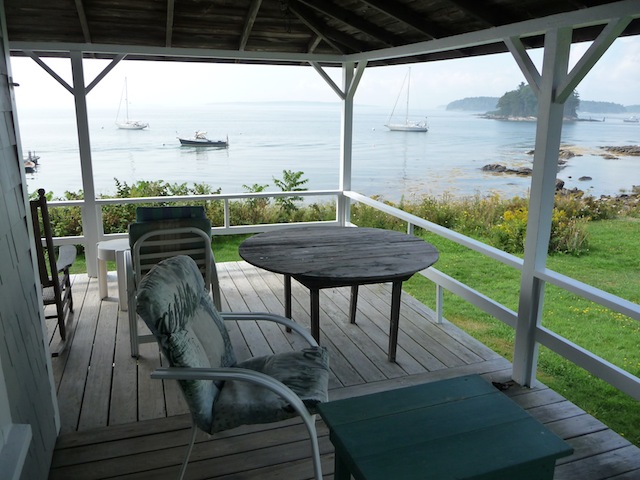 View from the porch. That’s Lunacy on the right. The two other boats on the left belong to the nice fellow in the cottage next door, who was impressed by Lunacy‘s industrial-strength appearance 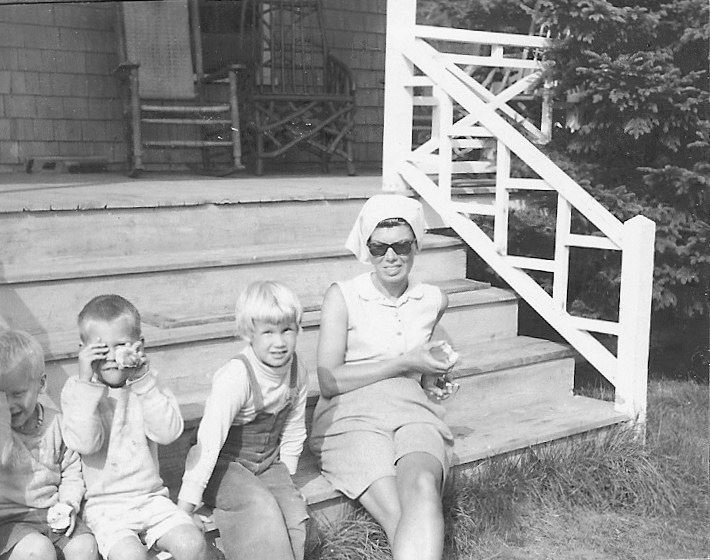 Blast from the past. From left to right: my younger brother Peter, me, cousin Laura, aunt Cynthia 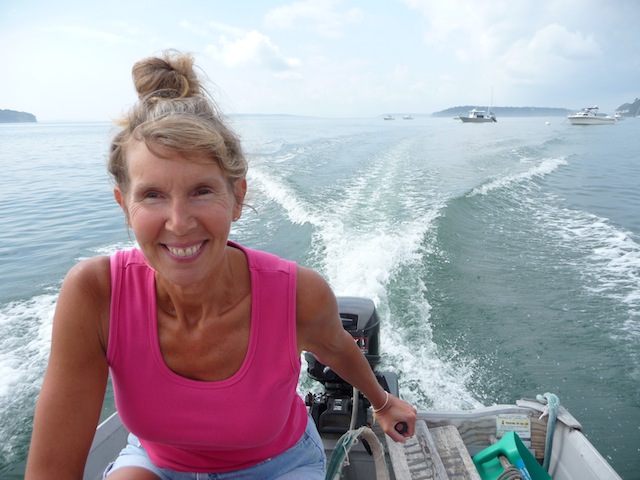 Cousin Laura all grown up, blasting around in her skiff

Islands like Bustins aren’t that unusual on the Maine coast. Filled with nothing but summer cottages (on Bustins, for example, there are about 130 of them), these islands are administered by collective associations and normally have very few or no year-round residents. Some of these summer communities, as on Bustins, have been active for over 100 years, and in many cases cottages have been passed down through multiple generations of families.

It may not be your cup of tea if your idea of a summer island involves a lot of seclusion and isolation. But if you like the idea of being part of a big extended vacation tribe, with lots of kids running around, it works very well. In our case, daughter Lucy, now age 8, found age-appropriate playmates within 30 seconds of stepping ashore. After a great dinner of boiled lobster, we joined up with Lucy’s new friends and lots of other families with kids at the community center and engaged in square-dancing. Your humble narrator distinguished himself, but only because he has no shame and does not mind embarrassing himself in public. 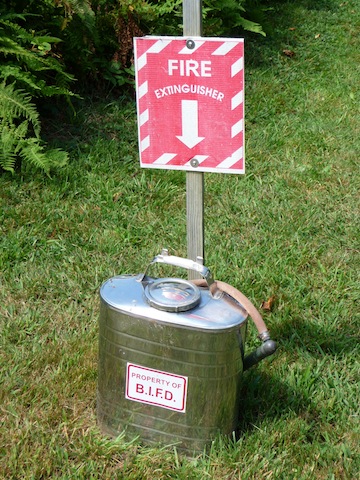 Fire on any island is a serious threat. The Bustins Island Fire Department (BIFD) has established many stations like this along the trails that tie the community together 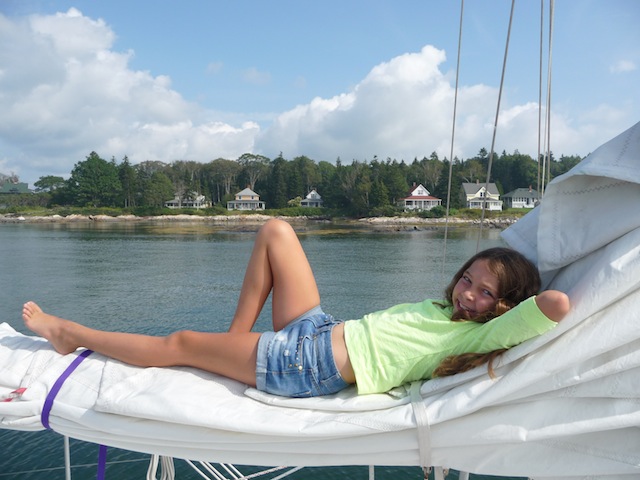 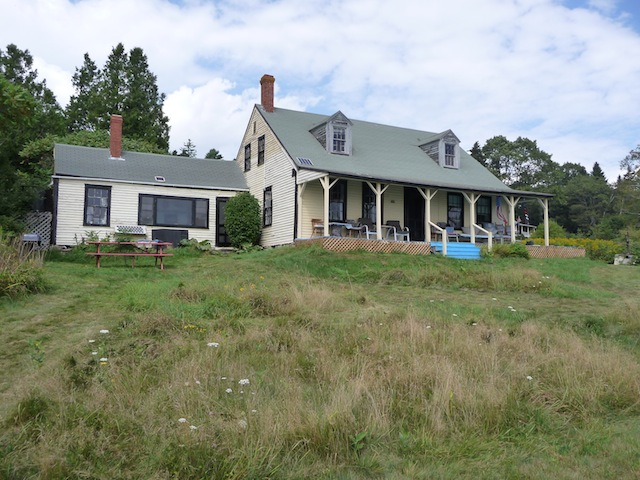 The oldest cottage on the island, which originally was a farmhouse 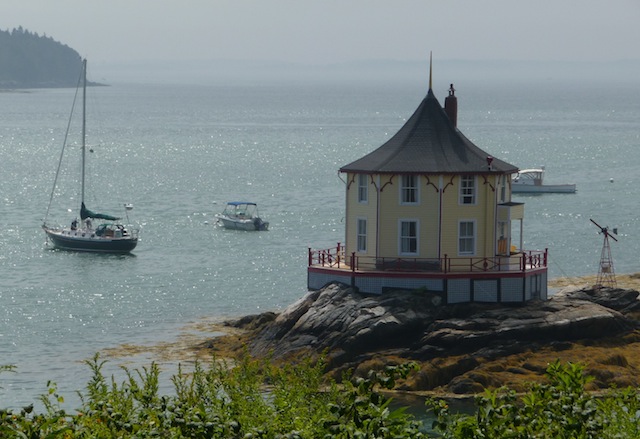 The most distinctive cottage on the island isn’t actually on the island, but on a small rock islet just off the east shore. It’s the one labelled “HOUSE” on the chart above 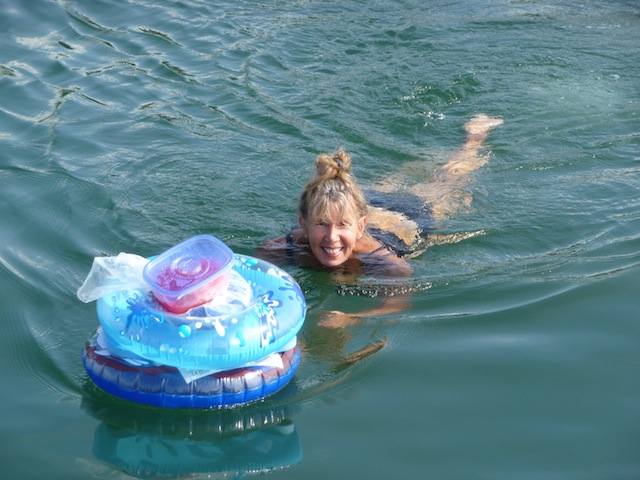 Many of these “cottage islands,” Bustins among them, are not exclusive and visitors are welcome to come ashore and stroll around, even if they don’t have cousins to call on. To visit Bustins, it’s easiest to pick up an empty mooring somewhere on the southeast shore and then take a dinghy in to the “town dock,” which is just west of the octagonal house on the rock. It’s also possible to anchor if the moorings are full.

The only bad news is that the store selling ice cream has long since closed. 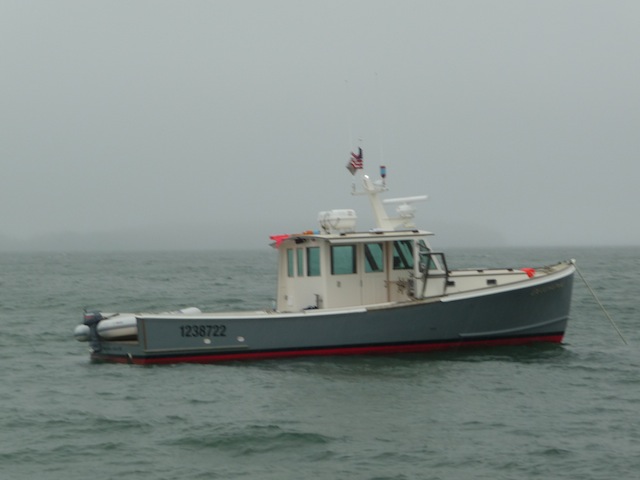 We spent Saturday night and most of the day Sunday at Bustins, then retreated to the north end of Great Chebeague Island, where we had dinner at the Chebeague Island Inn. Next morning when we woke it was pissing down rain and this “lobster yacht” was moored next to us.

These are becoming increasingly common on the coast, and this is perhaps the most extreme example I’ve seen yet. It’s got everything needed for fishing, including a permit number, a davit block, and a hydraulic winch by the wheel, but it’s all punked out for luxury cruising and obviously has never been used to haul a single trap.

Can someone please explain this to me? Why don’t the real lobstermen just sink these things on sight???