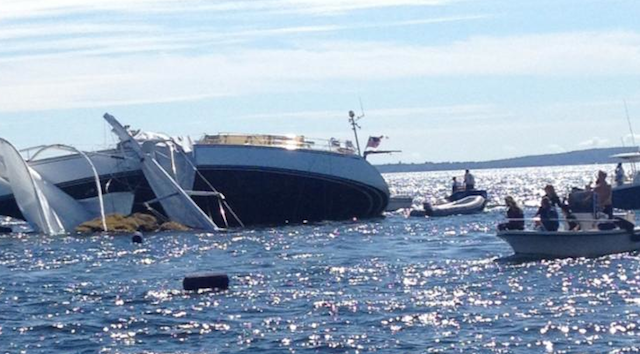 Even in this age of push-button electronic navigation, it’s not too hard to hit the bricks when cruising the Maine coast. The photo up top is of Archangel, a Hylas 70 on charter that hit some rocks in Penobscot Bay near Lasell Island on Wednesday. Reportedly, they were under sail at the time, sailing east toward North Haven at a speed of 6-7 knots, and the rig came down on impact.

I know this bit of water pretty well. I anchored off the east side of Lasell on my Goldern Hind 31 Sophie some years ago and took a hike around. It’s a private island, it turned out, with a fancy house and lots of over-the-top outbuildings on it.

I also was the designated rock pilot on Dorade when we sailed right through the mine field in question during an NYYC Squadron Run race. Of course, I was paying very close attention to the chart as we went through. In this case, I suspect the skipper and crew were entertaining guests and had a few different balls in the air at the same time. 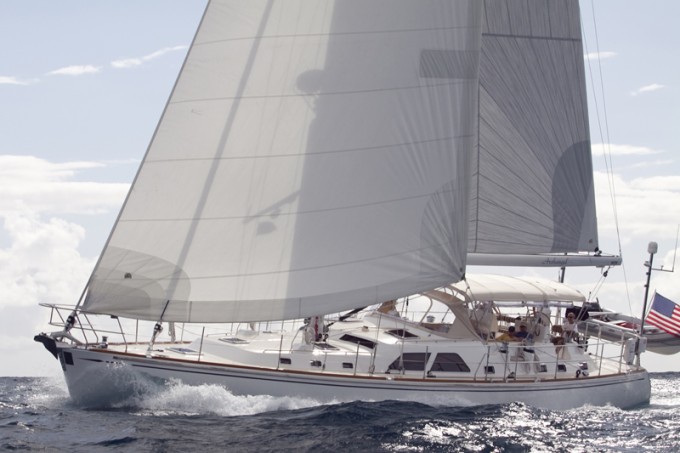 Archangel in top form, afloat with the rig up

The boat, which seems to be for sale, was reportedly taken to Wayfarer Marine in Camden for repairs and an investigation is underway.