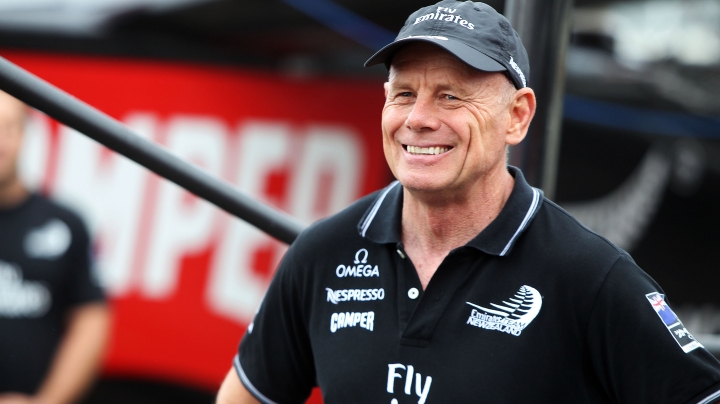 This may be the only reason I would ever want to be Tom Cruise. Even Grant Dalton seems to be impressed by him, and when Tom gets to ride on an AC72, he actually gets to help sail the boat.

Meanwhile, while racing without Tom Cruise onboard, Emirates Team New Zealand, as you’ve probably noticed, is totally kicking butt. Even in their second real race against Luna Rossa, in spite of having to dump their jib overboard, they had no trouble staying way out in front. I’m still waiting for someone to explain how it is they were allowed to dump a sail (which their chase boat immediately picked up) right in front of their competition, forcing them to tack, without drawing some kind of a penalty… but really that’s just quibbling.

In the viddy below you can watch them once again waxing the Italians yesterday. The ease with which they have dominated Luna Rossa is particularly significant, in that ETNZ shared a lot of technology with the Italians early on and helped them develop and build their boat. Theoretically, the two boats should be closely matched.

The Kiwis now get to default straight to the Louis Vuitton challenger finals while Luna Rossa and Artemis engage in some junior-varsity scrimmaging and fight for the right to lose to the Kiwis in the end. Ironically, I suspect the junior-varsity races will be the closest we get to see out of all this AC rumpus, though even that may be wishful thinking.

In the end, obviously, it will be ETNZ and Oracle in the final series, and I will take almost any odds you care to offer that the Kiwis will have little trouble winning that, too, absent any catastrophic mishaps or some sort of chicanery on Larry Ellison’s part. Oracle, as far as I know, has yet to perfect the art of the foiling jibe, which will surely be fatal in competition. Even if they do figure that out, the fact remains that the Kiwis have put in much more time actually sailing their boat. Given the enormous power and quirky habits of these AC72s, that in itself is a huge advantage.

Grant Dalton has already announced that if the Cup goes back to New Zealand, the next bout of AC competition will be in boats that cost much less to campaign and that there will also be some kind of nationality crew restriction. Both of these moves, which all agree will improve the game, are also bound to help the Kiwis retain the Cup, though if I were a professional Kiwi sailor I’d be a little worried about the latter change. Having only one team to sail for will definitely cut down on employment opportunities for the competitive sailing world’s deepest talent pool.

Grant Dalton, yet another immortal being in need of auditing

Think about it. Wouldn’t you be a little surprised to see Russell Coutts working for Grant Dalton? That might raise more eyebrows than if Dalton followed Tom’s lead and converted to Scientology.

PS: Amy, I hope you and Erik enjoy these videos! 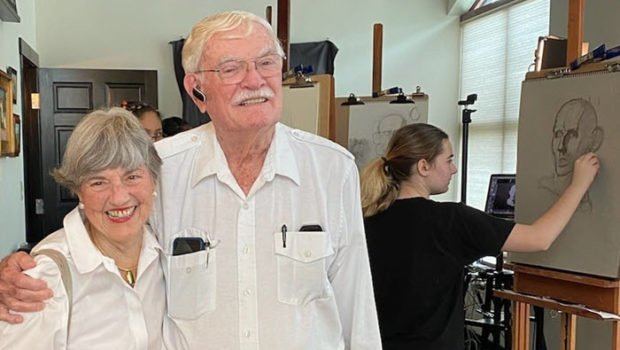