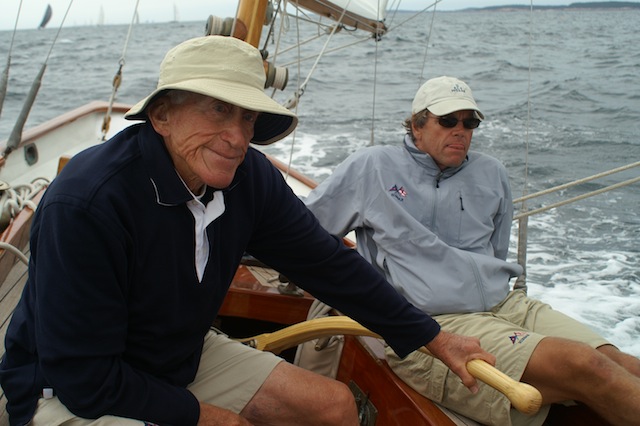 Sorry, folks, but I have to lay another Dorade Transpac video on you. Though not as funky as the last one, this one was shot from onboard as she was blasting toward the finish line off Diamond Head on July 20. Not everyone else has finished yet, but it is certain that Dorade has won the whole shebang on corrected time, 77 years after she last did it in 1936. Which ain’t too shabby for a boat built in 1929. She bested her 1936 elapsed time by over a day and covered the 2,225-mile course from LA to Honolulu at an average speed of 7.8 knots. Top speed, an all-time record for the old girl, was 15.9 knots!

Hats off to owner Matt Brooks. He and his wife bought the boat in 2010 and immediately launched into a massive refit (her third under as many owners) with the goal of again making Dorade a serious ocean racer. They suffered some criticism for this, as many believe the boat should be treated as a museum piece.

Here are some more of the pix I shot when I crewed on the boat during a New York Yacht Club Squadron Run in Maine in 2007 under her previous owner, Edgar Cato. Cato raced the boat seriously, but only around buoys, and focussed in his refit on returning the boat to original condition. He removed the engine, among other things, and was even talking about taking off the fancy teak deck and putting on a cheap pine one, as that’s what she had when first launched. 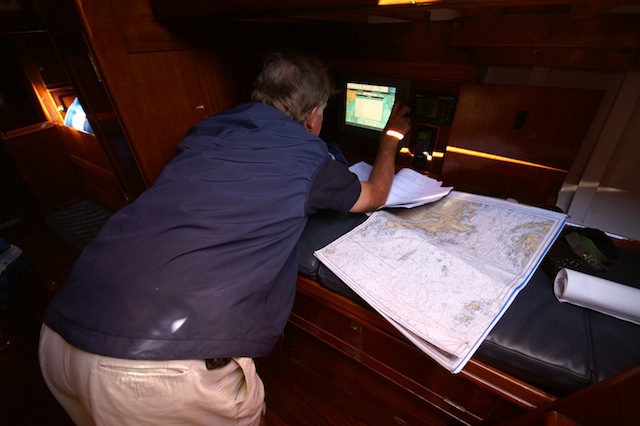 The make-do nav station, which really was a quarterberth 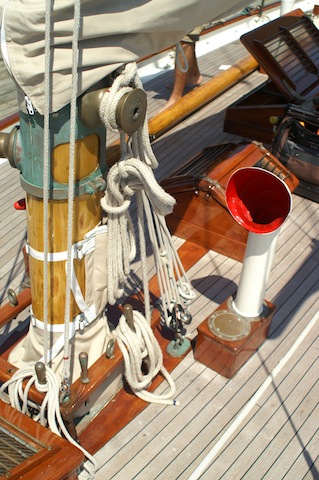 Deck detail. You do know, don’t you, that dorade vents are called that because they first appeared on this boat? 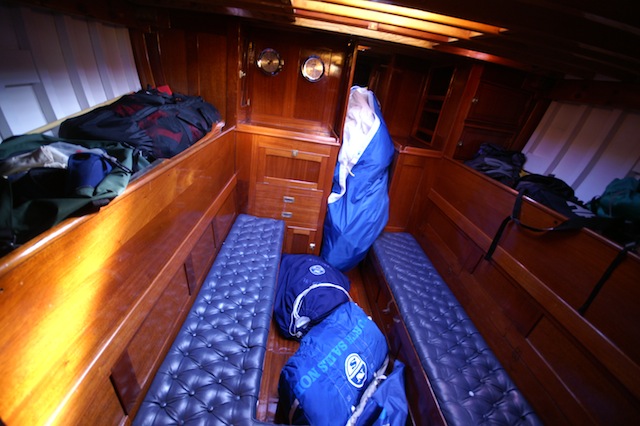 The interior, unposed, in the middle of the race. Later on I spent the night on my own up in the forepeak 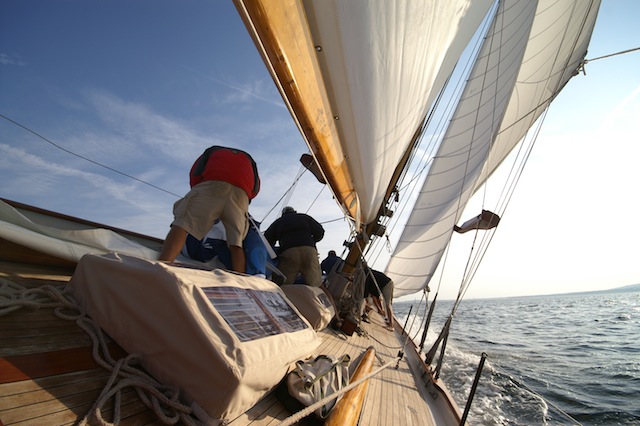 The foredeck crew in action. The wind was firm at this point and we didn’t need the staysail. To tack faster, however, the guys raised it just before the helm went down, then doused it again as soon as each tack was complete. Having the staysail in the foretriangle made it much easier to get the jib around 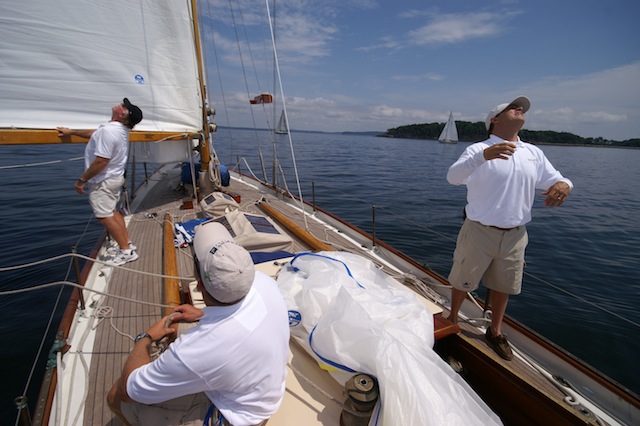 Working the light stuff. I love the poses in this shot! I was trimming the mizzen spinnaker when I wasn’t snapping pix

For a recap of the latest refit under Matt Brooks, check out this link here.