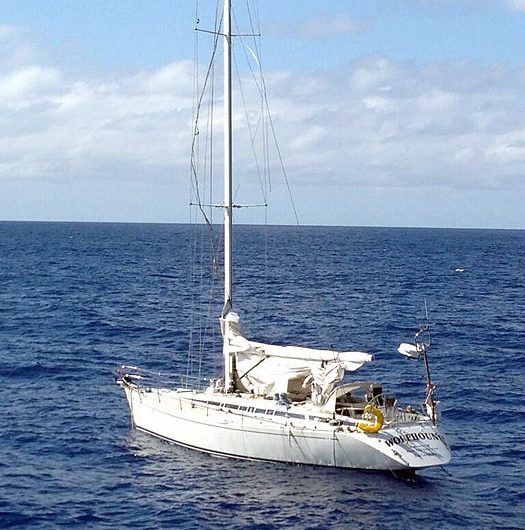 CHECK IT OUT, PEOPLE. WaveTrain rider Michael Geagan dropped a comment on my original post about the abandoned Swan 48 Wolfhound, ex-Bella Luna, to the effect that he located the boat about 600 miles east of Bermuda and boarded it on June 29. He reports the rig is still standing, but the boat has taken on a fair amount of water and that damage is likely extensive. She’s still out there, but Michael describes her as “a marginal salvage case.” 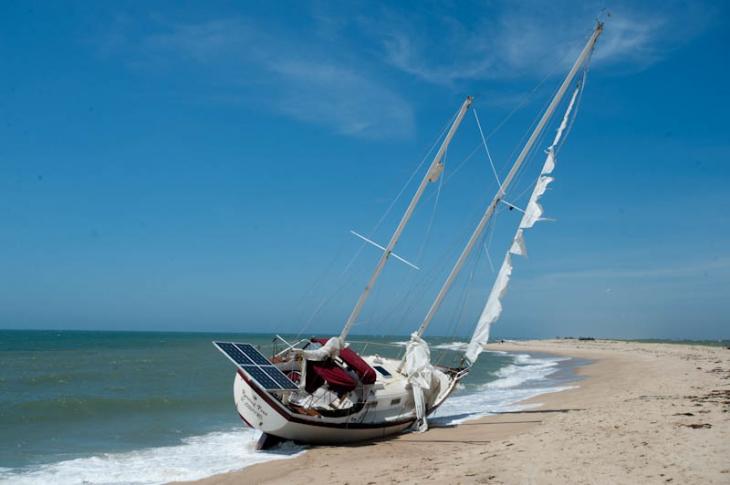 Meanwhile, over on Martha’s Vineyard, an abandoned Pearson 365 ketch, Running Free, washed up at Norton Point Beach last Friday. The boat belongs to Bill Heldenbrand, of St. Joseph, Missouri, who evacuated the vessel in May between Florida and Bermuda due to “high winds and huge seas.” He now reportedly plans to retrieve the boat and fix it up. 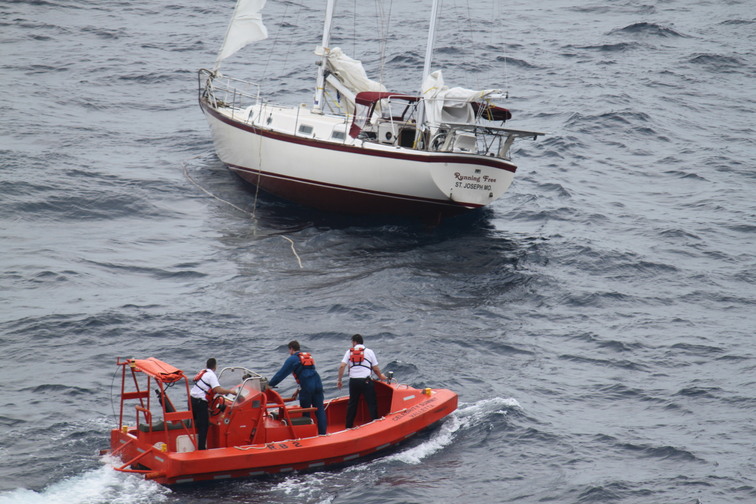 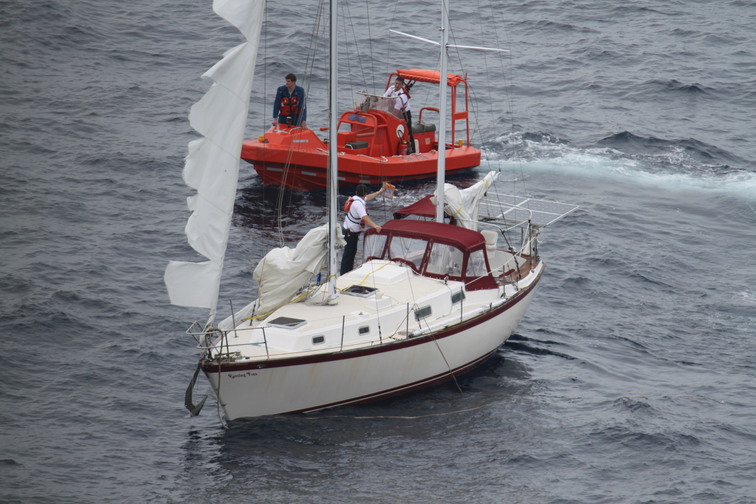 The very same boat was spotted adrift by the cruise ship Celebrity Summit back in mid-June while it was en route from New Jersey to Bermuda. A crewmember was put aboard to check for life-forms, then she was left to continue floating on her way to wherever.

I met a cruiser in Spain once who found a small yacht adrift between the Azores and Cadiz. He boarded it, discovered it was empty, and deduced from the evidence he found (the logbook and tools left on the stern) that the singlehander sailing the boat had been swept overboard while trying to fix the windvane steering gear during a gale. He contacted the authorities and asked what to do about the boat, whether he should scuttle it, and they told him to leave it adrift. They also told him they were at that point (this was in the early 1990s) aware of a dozen other abandoned sailboats that were adrift in the North Atlantic.

Makes you wonder exactly how many are out there right now, doesn’t it?