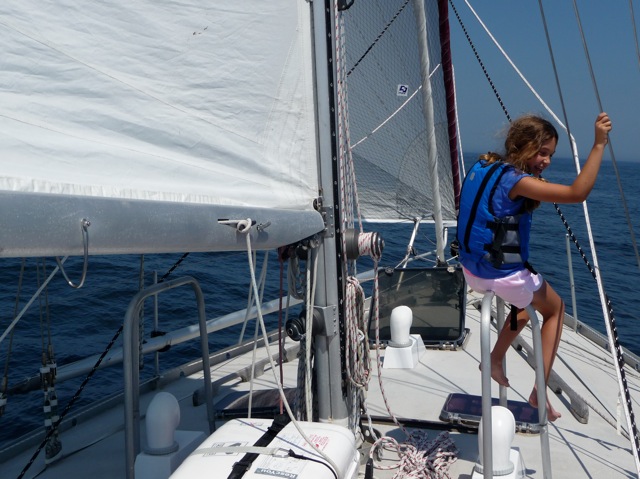 Unlike last year, when we were beset with fog entering the Kennebec River on our annual Independence Day cruise to Popham Beach, this year we had good visibility and even some wind to carry us across Casco Bay from Portland. It was just me and Lucy aboard Lunacy, as Clare was plagued with work and had to drive up from New Hampshire later in the day. Though the wind was relatively light, the screecher made the most of it and we made good time, taking just five hours in all from mooring to mooring.

In Popham we enjoyed power-lounging and hanging out over the long weekend with a much larger-than-normal gaggle of friends and family. Really the only productive thing we did was help Larry and Linda (who now own the property where I spent summers growing up) rig one of the old Lark sailing dinghies they recently bought from the Wesleyan sailing team. 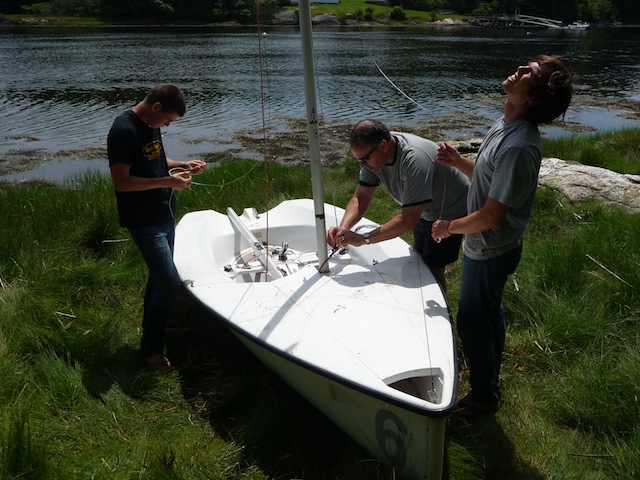 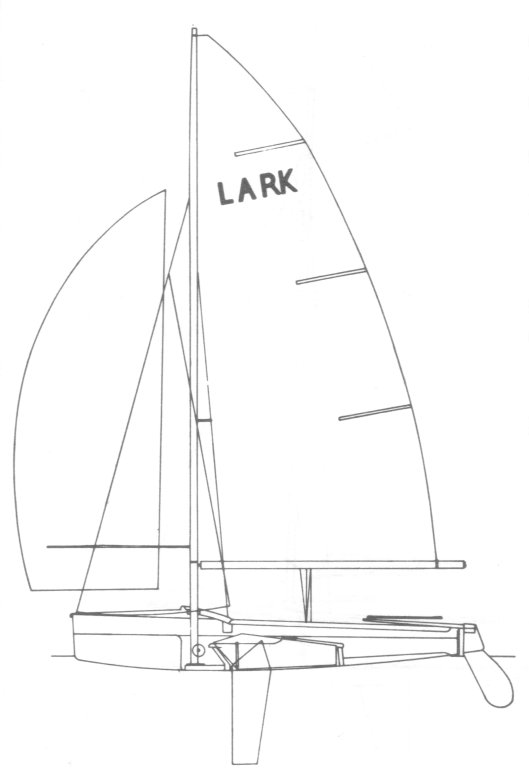 It’s always a bit confusing trying to rig an unfamiliar boat without instructions, but it’s also a lot of fun, like solving a puzzle. 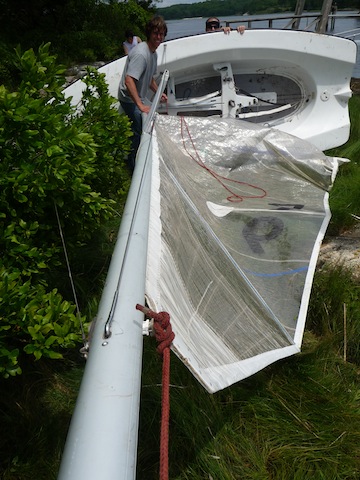 One problem we had was we couldn’t hoist the mainsail without laying the boat on its side and manhandling the luff all the way up its track. This might have been because the mast (as you can see) ended up a bit inverted, as it seems we may not have had all the hardware needed to set up the standing rig properly. 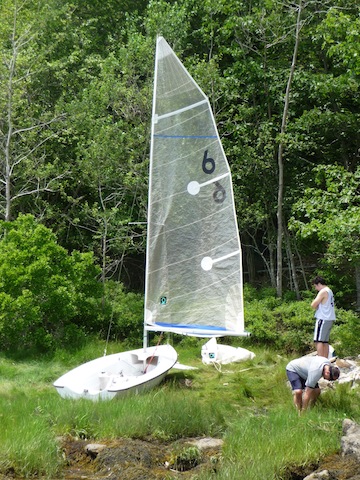 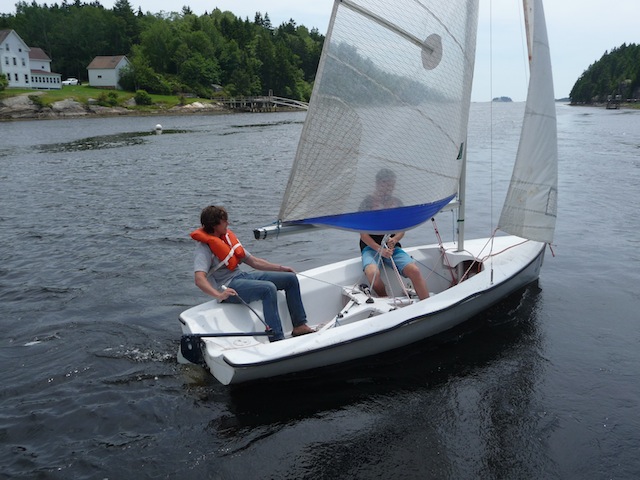 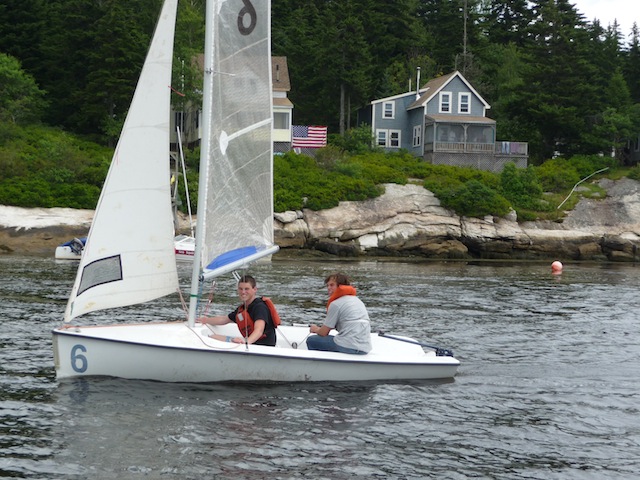 Oh, well. In the end we did succeed in getting the boat rigged and sailing. Brent and Peter Lunghino (sons of an old friend of mine) sailed the boat from the salt marsh where we rigged it around to Larry’s dock, where he and Linda look forward to playing around with it.

One alarming thing we noticed this year: the river was so warm you could comfortably swim in it. Which was nice, in that it was a very hot weekend, but my entire life the river has normally been so very cold it literally hurts to get in. The river was also mud brown, like the Mississippi and other such alluvial streams. I reckon both the color and temperature are from all the rain and run-off coming down the watershed, courtesy of the monsoon conditions we’ve enjoyed in New England over the past several weeks. But it does make you wonder. 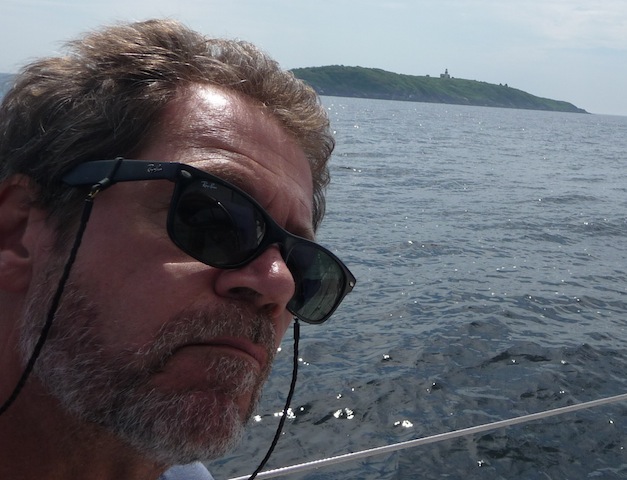 Clare had to drive the car home and Lucy wanted to go along for the ride, so I sailed the boat back from Popham on Sunday on my own. Here you see me passing Seguin Island on my way out the river mouth. I wasn’t nearly as lucky with the wind, and it took nine hours this time to get back to the mooring in Portland. So it was just as well I didn’t have Lucy along. She used to hate it whenever I ran the engine on Lunacy; now she begs me to start it up whenever the boat is going slower than four knots.