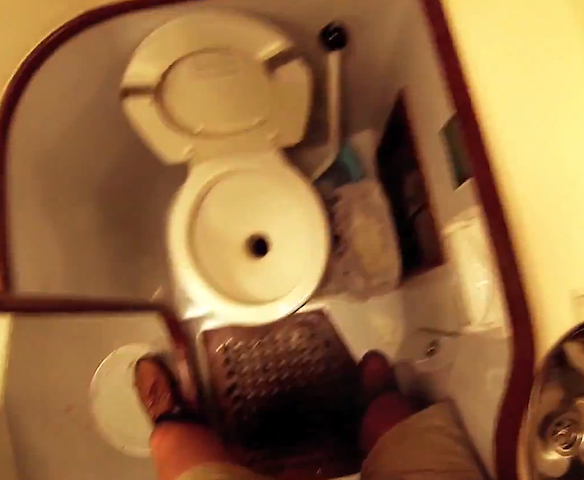 Great video here! A midshipman at the naval academy in Annapolis gets sent out on a sailboat offshore for the first time and has a little trouble with the motion. The camera is perfectly stabilized, which creates an interesting effect. Great soundtrack, too. Tip of the hat to my old buddy Elizabeth Wrightson, a.k.a. E-Woman, who is now a flack at the academy, for bringing this masterpiece to my attention.

The scene with the toilet reminds me of a time I went sailing on an ocean passage with a rookie who also had trouble with the motion. Conditions were pretty rough, and the very first time he went off to the head to relieve himself he was in there a long time. Eventually he reappeared and crawled out to the cockpit where the rest of us were hanging out.

“I just pissed all over everything in there,” he announced with a grave expression on his face. “What should I do about it?”

“Clean it up!” we told him. “And next time try sitting down.”

JULY 4: It’s coming up! I’m going sailing. The blog will probably be dark for a few days.

Meanwhile, I recommend you watch that video several times. I love it!