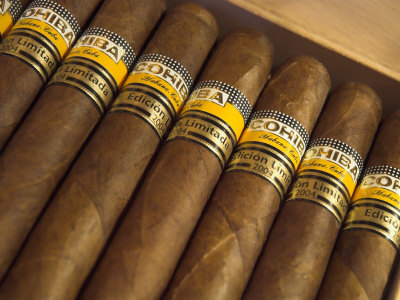 That’s the question cruiser Jeff Southworth has no doubt been asking himself ever since January, when local police and U.S. Customs and Border Protection agents popped him in Puerto Rican waters and found 33 boxes of putatively Cuban Cohiba and Romeo y Julieta cigars on board his boat Janice Ann. Southworth claimed his cigars were actually cheap Dominican knock-offs, but CBP went ahead and seized both the cigars and his boat anyway.

One does have to wonder about the government’s sense of perspective. Evidently they’ve been telling Southworth since January 3 that one of their cigar experts will be able to determine where his cigars came from, but here we are over four months later and said examination has yet to take place. They’ve also valued his boat at $90K, which is a puzzler. Go and search Yachtworld, and you’ll see the current lowest asking price for a used Catalina 470 of the same vintage as Janice Ann (1999) is $158K. Most are going for around $200K.

Southworth’s Catalina at rest. Is it a boat, or an instrument of criminality?

Even if Southworth’s cigars are knock-offs, the government might still be entitled to keep the boat, as smuggling counterfeit goods into U.S. territory is apparently also grounds for property forfeiture. What’s interesting about that angle is that both Cohiba and Romeo y Julieta, as any cigar smoker knows, are brands existing in both Cuba and the Dominican Republic. The legal Dominican brands enjoy trademark protection in the U.S., but what about the illegal Cuban brands? Southworth wasn’t carrying counterfeit Dominican cigars, he claims he was carrying counterfeit Cuban cigars that were manufactured in the DR. Can the government legally prosecute someone for a violating a trademark they don’t legally recognize? 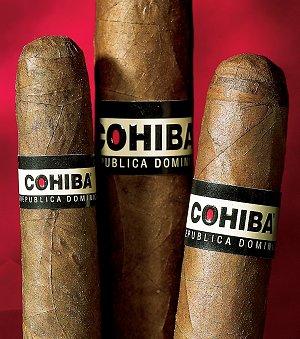 Dominican Cohibas. The U.S.-based General Cigar Company, which produces these babies, in fact ripped the name off from the Cubans in the first place. The company that originally made Romeo y Julietas in Cuba, on the other hand, shifted production to the DR after the Cuban revolution. The Cuban government ripped the name off from them (i.e., nationalized it) and now puts it on cigars they produce

Lawyers could make a bundle dancing around that question for a while, but they probably won’t get the chance. CBP recently offered to give back the boat so long as Southworth signs a release and promises not to come after them for attorney’s fees or damages. Not exactly fair (assuming the cigars are in fact fake Cubans), but he’d be a fool not to go for it. Fighting with the government on its own turf is generally a bad idea, especially when they’re already holding the key to your boat.