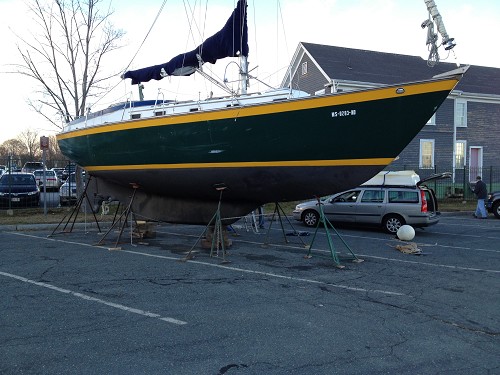 I remember when I lived in New York City there were some people who used to read the obits every day, looking for what might be good deals on newly vacated apartments. Apartment ghouls, I called them. Here’s an opportunity for any boat ghouls out there. The city of Newburyport, Massachusetts, is currently auctioning off an Endeavour 37 that used to belong a local liveaboard who is now presumed dead.

The boat’s owner, Richard Decker, a German national who was living on the boat in the Merrimack River off Newburyport, went missing last November. His dog was found tied to a post on shore; his swamped dinghy was found tied to the boat’s stern. All assumed that Decker somehow fell overboard, but authorities found nothing when they searched the river for his mortal remains.

This scenario kind of reminds me of a North Jersey politician with legal problems I used to know who faked his death while scuba diving in the Bahamas many years ago, but I really don’t want to speculate here about poor Mr. Decker.

You can check out his boat and bid on it at this municipal auction website here. Right now the current bid is $10,200, but the reserve has not been met. The auction closes on May 29. 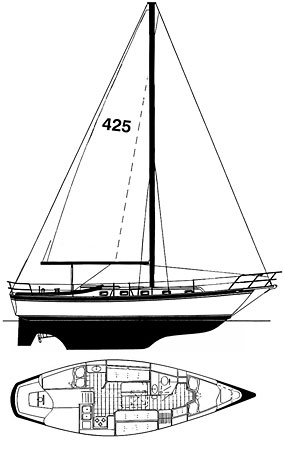 My understanding is the boat has the “B” accommodation plan shown here, and it seems the original bowsprit has been removed. Noodle around on Yachtworld, and you’ll see asking prices for these boats range from $27-65K, so you can improve on the current bid quite a bit and still have plenty of room to get a bargain.

I sailed on an Endeavour 37 many years ago on a short passage from Fort Meyers to Key West and Fort Jefferson and back and can report they are very comfortable cruising boats. Not the fastest boat you’ll meet, but plenty sturdy enough for some bluewater sailing. You’ll find some more info, including specs and a link to the original owner’s manual, here.