ATTENTION EARTH PEOPLE! As I write this I am approaching Bermuda, blasting along but 70 miles out on what seems a perpetual close reach, due for a landing sometime in the wee hours tomorrow, of which more later. What I really want to spout off about right now are inflatable tenders. I was thinking about this as we were preparing to leave Puerto Rico, while regarding our neighbors on a 45-foot Bristol next door, who were about to depart for Annapolis. They had just stowed their RIB tender for the passage, and it took up all of their foredeck. I mean ALL of it! On Lunacy, meanwhile… well, you see that photo up there?

No, that is not a spare sail. That’s is Lunacy‘s 9-foot inflatable tender, with a hard floor no less, rolled up and stuffed into the mainsail’s empty bag. 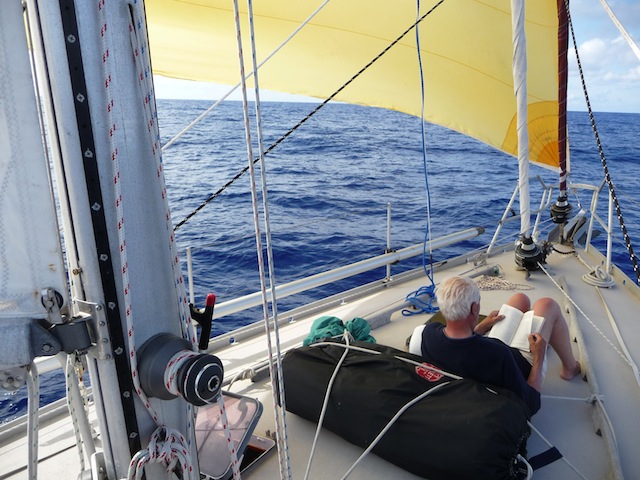 See here. There’s plenty of room for people to power-lounge and even handle sails on Lunacy‘s foredeck while underway. The stowed dinghy doesn’t get in the way at all, and can even be used (as demonstrated by my stalwart mate Chas. “May I Cast Off Now?” Lassen) as a convenient backrest.

I realize, of course, that RIBs have all sorts of performance advantages, but ultimately I don’t think their enormous popularity, at least as far as cruising sailors go, is quite rational. Their two humungous disadvantages–they are very heavy and take up a lot of space when stowed–outweigh their advantages by a long shot, IMHO, if you’re cruising on any sort of small to mid-size sailboat. 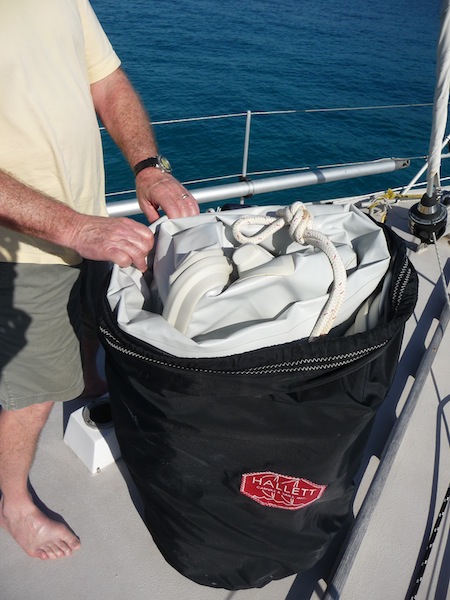 The sail bag idea came to me over the winter. When I bought our new Apex inflatable last fall, the salesman swore to me that, unlike all other inflatables on the market, his could be easily stowed away in the fabric valise it was delivered in. But of course he was lying through his teeth. I realized as soon as I unpacked it that I’d need a hydraulic press to squish it down small enough to get it back in again. I was loathe to leave the new dinghy uncovered on deck, getting baked by the hot tropic sun while we were away from the boat, and was very pleased to find it fit inside the mainsail bag just perfectly. 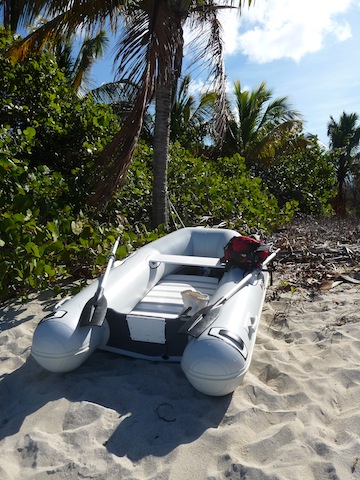 In all other respects, by the by, I am totally digging the new dink. With the special long oars I made, it rows quite well. Also, because it’s so much lighter than its predecessor, it planes much more easily with the outboard on. 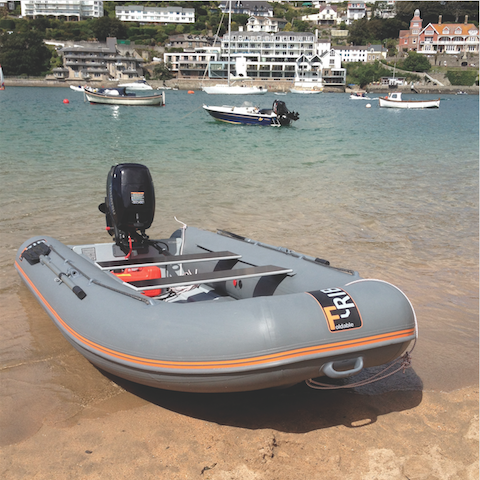 FOLDING RIB DINGHY: The Best of Both Worlds in an Inflatable Tender? 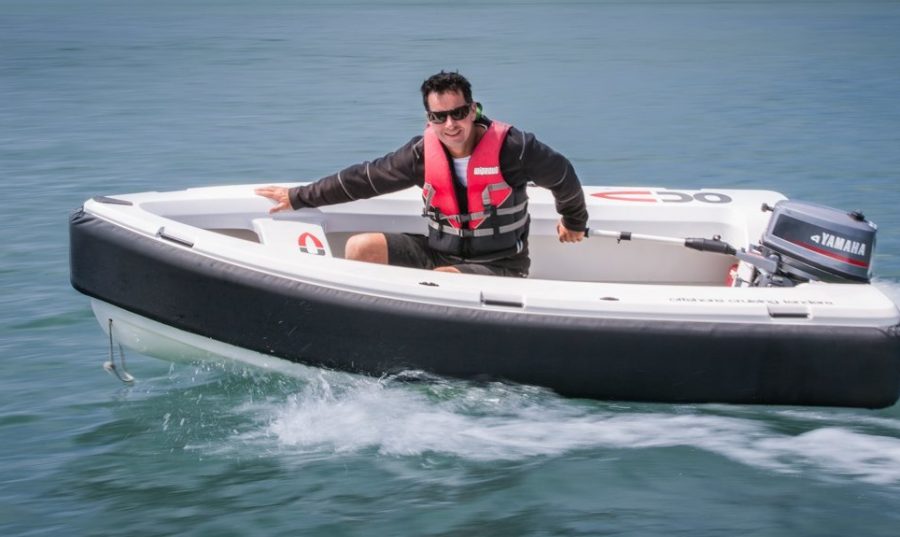 THE PERFECT DINGHY: Does It Exist?