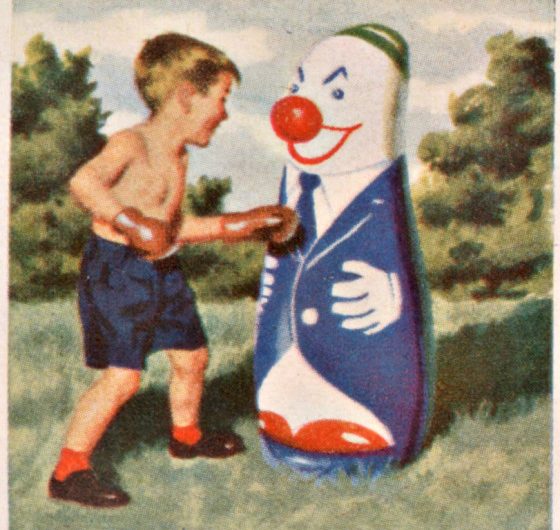 At the end of our last discussion on stability we mentioned the old mono v. multihull worst-case-scenario debate re sinking to the bottom (monohull) versus capsizing on the surface (multihull). This time we’ll focus on that which drags the poor monohull to the bottom, which is, of course, its ballast. Ballast, ironically, is added to a boat to help it stay upright. As with form stability, the principle is obvious: an object is harder to up-end if a heavy weight is placed at the bottom of it. Witness the iconic inflatable punching clown. With the majority of its weight concentrated at floor level, the clown pops back upright every time you knock it down. This, of course, is exactly what you want your sailboat to do.

Besides helping boats sink, ballast is counterproductive in another way: it makes a boat heavier and increases displacement, thus increasing resistance and decreasing speed. But this sad fact can be mitigated. The amount of ballast needed to counteract the capsizing forces of wind and wave decreases dramatically the lower it is placed in the boat. Unlike the clown, which must always have its feet on the ground, the bottom of a sailboat can reach as far down as there is water for it to float in. This is one reason why racing sailors always prefer very deep keels and why gunkholing cruisers must agonize over the question of draft. On a stock 40-foot boat, for example, the weight differential between a shoal-draft cruising keel and a deep racing keel installed on otherwise identical hulls can amount to 20% or more of the boat’s total displacement. For many, this will seem a heavy price to pay (pun intended) for shoal-draft capability. 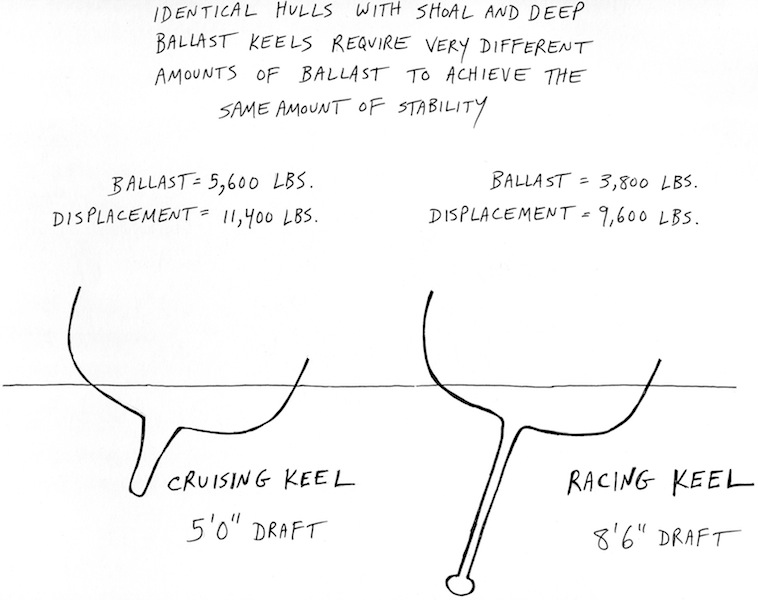 Just as weight down low increases stability, weight up high–generally speaking, just about any weight added at or above deck level–decreases it. It is important, therefore, not to think of ballast as a discrete feature. Think instead of a boat’s total weight and how it is distributed. For example, adding one pound of weight at the masthead of a 35- to 40-foot cruising boat effectively subtracts 7 to 10 pounds of ballast from its keel. Conversely, subtracting that pound adds 7 to 10 pounds of ballast. The effects are less dramatic but are still significant when weight is redistributed closer to the boat’s center of gravity.

The bottom line (another intended pun) is that you should always strive to keep weight as low as possible, whether or not it is officially designated “ballast.” This is why racing sailors always embrace technology that dramatically reduces weight aloft, such as carbon-fiber spars and fiber rigging. It is also why cruising sailors should be more circumspect when adding weight to their rigs. Roller-furling headsails, in-mast furling mainsails, extra-heavy wire rigging, mast-mounted radomes, mast steps, and other such gear may improve a boat’s “cruise-ability,” but their cumulative weight also significantly decreases its stability. 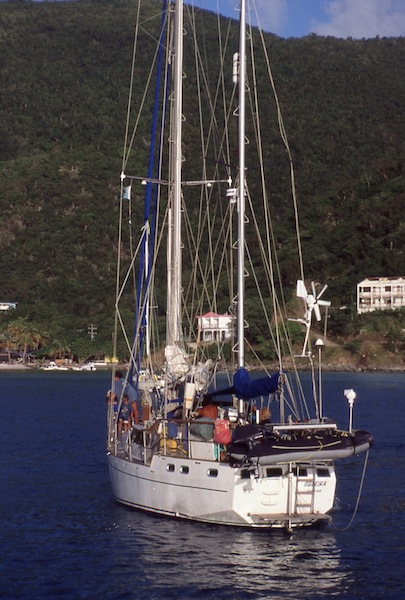 Cruisers often store too much gear on deck, which raises a boat’s center of gravity and can make it considerably less stable

Boats that rely primarily on ballast for stability tend to be narrow and deep. In the past they also often had a great deal of deadrise in their hulls, though this is less true now. Narrow, heavily ballasted boats, particularly those with lots of deadrise, usually are tender and quickly heel to significant angles when pressed by even a moderate breeze. But this does not make them “unstable.” When pressed to extremes, they are usually more stable than stiffer boats that rely more on form stability to stay upright. Unlike form stability, which increases a boat’s initial stability, ballast stability increases what is known as ultimate or reserve stability, which is what helps a boat recover and roll upright again–just like the punching clown–after it has been knocked flat or even capsized.

Tender boats, like stiff boats, can be both comfortable and uncomfortable. Their tendency to heel easily often makes inexperienced crew feel nervous and uncomfortable, and even for experienced sailors, working at severe angles for extended periods of time can be taxing. But when the sea gets rough a tender boat normally has a smoother motion than a stiff one. It rolls to greater angles, but does so more slowly, without the vicious snapping and jerking that characterizes the motion of a stiff boat. Sailing to weather in a strong breeze a tender boat’s lee rail will be buried much of the time, and the crew on deck will get wet, but the boat will not pound as violently as a stiff boat.

For cruising sailors, the question of which sort of stability to favor when selecting a boat is a serious one. Many designs available today, of course, are relatively moderate and compromise between extremes. As a general rule, however, popular modern designs tend to be relatively light and wide with shallow bilges, and thus are more stiff than tender. Older designs from the CCA era are usually heavier, narrower, and more tender. As a general rule, coastal cruisers who expect to sail primarily in moderate conditions can, if they like, favor faster, more modern, stiffer designs. Bluewater cruisers who are more likely to encounter extreme conditions should consider whether they’d be better off in slower, more tender design with more ultimate stability.

The most effective way to increase initial stability aboard a boat that may or may not have good form stability is to shift significant amounts of ballast to windward while sailing. This creates a lever arm that operates at a right angle to the sail plan, which increases the ballast’s effectiveness and allows a boat to carry significantly more sail. 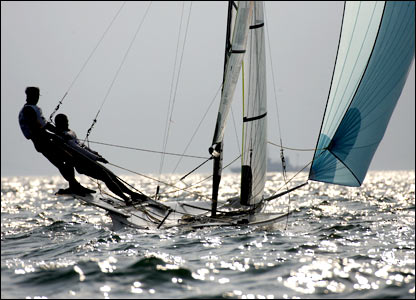 This principle is seen at work on any unballasted sailing dinghy that depends primarily on crew weight to stay upright. To prevent the boat from toppling over to leeward, the crew hikes out on the windward rail. The further to windward they can get, the more sail the boat can carry, as the crew’s effective weight is increased by the longer lever arm. On modern dinghies you often see devices such as trapezes and/or hiking rails that allow crew to get as far outboard as possible. On traditional boats like Bahamian sloops and Chesapeake log canoes the crew sits out over the water on long planks that protrude from the windward rail. When the boat is tacked, the planks are moved from one side to the other, and there is a mad scramble as the crew repositions itself. 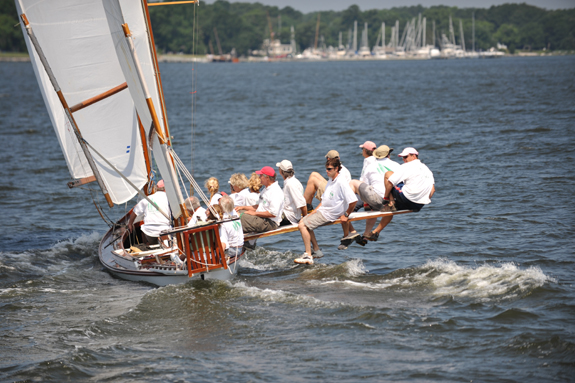 These days ballast on larger boats can be shifted in more sophisticated ways. In one method known as water ballasting, large quantities of seawater are moved from one side of the boat to the other as it tacks. The water is shifted between dedicated tanks on the outboard edges of the hull’s interior either with a pump or by letting the water run downhill from the windward tank to the leeward tank before tacking. Water ballast augments a conventional ballast keel and is released overboard when it is not needed.

Another way to shift ballast is with a canting keel. These are struts with heavy ballast bulbs that can swing from a vertical position under a boat’s hull out to angles of up to 55 degrees. Large canting-keel monohulls 70 feet and longer have hit top speeds in excess of 30 knots, which is comparable to speeds routinely achieved by large racing catamarans. Several canting-keel boats have sailed 600 miles or more in open water in a single 24-hour period, maintaining average speeds of over 20 knots. What makes canting keels so powerful is that they shift all of a boat’s ballast to windward while keeping it well below the hull, thus greatly increasing its effectiveness. A keel capable of canting 55 degrees requires 25 to more than 60 percent less ballast than a fixed keel to support the same hull and sail plan. The result is a much lighter boat with a much higher SA/D ratio and a much lower D/L ratio. 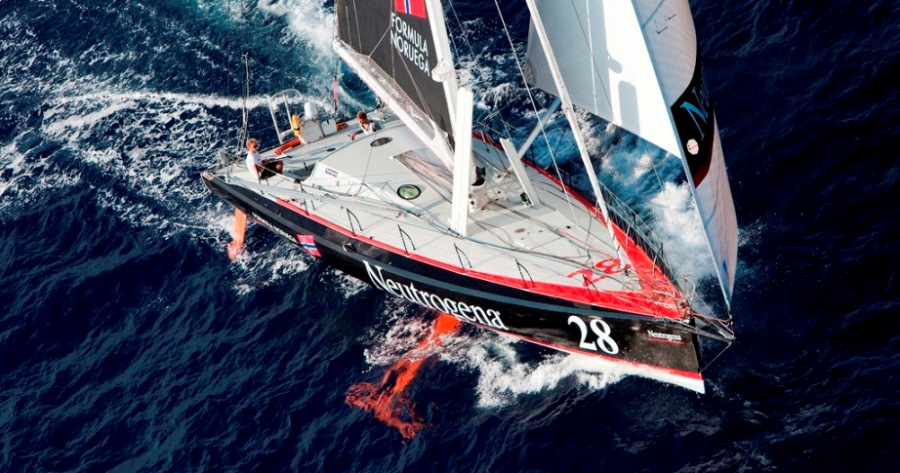 A modern raceboat with its ballast keel canted to windward. The daggerboards rather than the keel create hydrodynamic lift

Canting keels do have their complications. When canted well to windward a keel ceases to function as a hydrodynamic foil and other foils must therefore take its place. These can be significantly smaller than the keel itself, due to the high speeds at which the boat travels. Often these auxiliary foils are daggerboards in the boat’s midsection, one on each side, with only the leeward board deployed at any given time. Or there may be a second rudder forward of the keel, often called a canard, that works in conjunction with the primary rudder to both resist leeway and steer the boat. This configuration, referred to as the Canting Ballast Twin Foil (CBTF) system, is a patented technology seen on large maxi yachts such as Roy Disney’s last Pyewacket. Centerboards and centerline daggerboards have also been used.

Another major complication is the mechanism that swings the keel back and forth. This mechanism is somewhat simpler on smaller boats, as the top of the keel, which protrudes several feet into the boat’s interior, can be pulled to either side with nothing more than a hefty tackle. On larger boats, however, the weight that must be shifted can be enormous and mechanical assistance is required. This is normally provided by large hydraulic rams and pumps powered by the boat’s main engine or a donkey engine, which must be running when the keel is moving. In all cases the pivoting keel joint in the bottom of the hull must be properly sealed and protected against flooding. Not surprisingly, dramatic failures are fairly routine.

Canting keels have also been installed on a few high-end custom performance cruisers. Examples include the Baltic 78, certain luxury performance cruisers built by Wally Yachts, and a sleek 65-foot one-off boat, Spirit of Adventure, designed by Owen Clarke Design of New Zealand for a private client. The canting keel on Spirit is also a lifting keel, as is the canting keel on the 100-foot super-maxi Maximus, a no-holds-barred racer launched back in 2005. It is unlikely however that canting keels, lifting or otherwise, will trickle down any further into the cruising-boat market. The systems are just too complex, too expensive, and potentially unreliable. 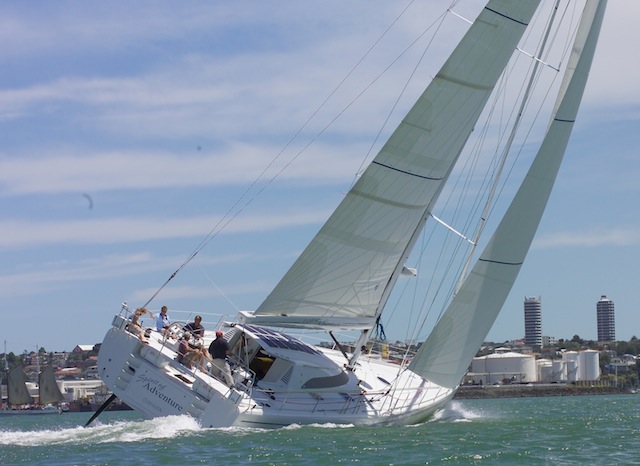 The keel on this custom cruiser, Spirit of Adventure, designed by Owen Clarke Design, both cants side-to-side and shifts up and down (Photo by Paul Todd)

Water-ballast systems, on the other hand, have proven more popular. Indeed, several small trailerable cruising boats use static water ballast as their primary ballast. On these boats the ballast tanks are low in the bilge on the boat’s centerline and are filled after the boat is launched to increase its displacement and stability. When the boat is hauled from the water, the ballast tank is emptied to reduce trailering weight. Since the ballast is never shifted, these are more appropriately termed static variable-ballast systems. Dynamic shifting-ballast systems are less common but have appeared on several performance cruising designs. These include at least one production boat, Hunter Marine’s old HC-50, which was designed to be sailed by a couple. On some other production performance cruisers it is also possible to shift water stored in the freshwater tanks from one side of the boat to the other. 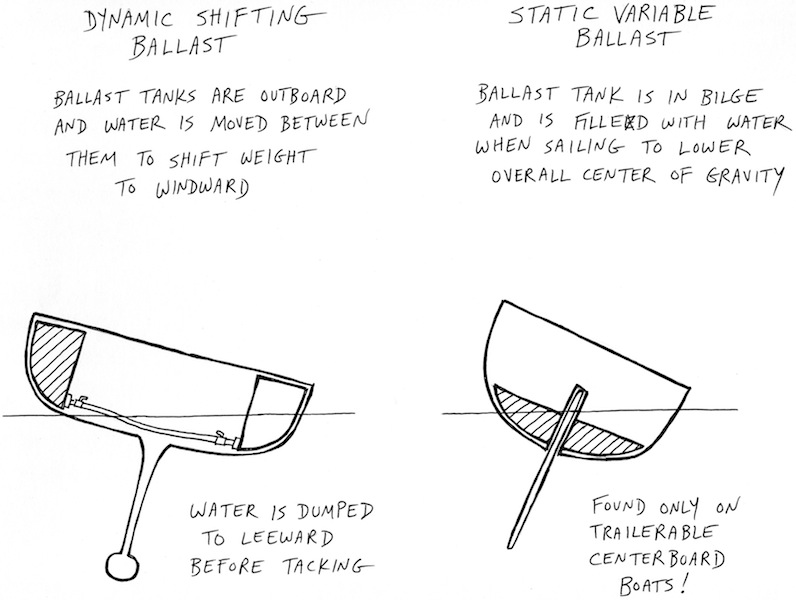 Like canting keels, water-ballast systems make a boat much more complex. The ballast tanks take up interior space that could otherwise be devoted to accommodations, and they require a great deal of extra plumbing for picking up and discharging raw water and for moving it from tank to tank. Because water is not particularly dense, because ballast tanks must be located inside rather than below the main hull, and because the water ballast represents only a portion of the boat’s total ballast, water-ballast systems also do not have nearly as dramatic an effect upon performance as do canting keels.