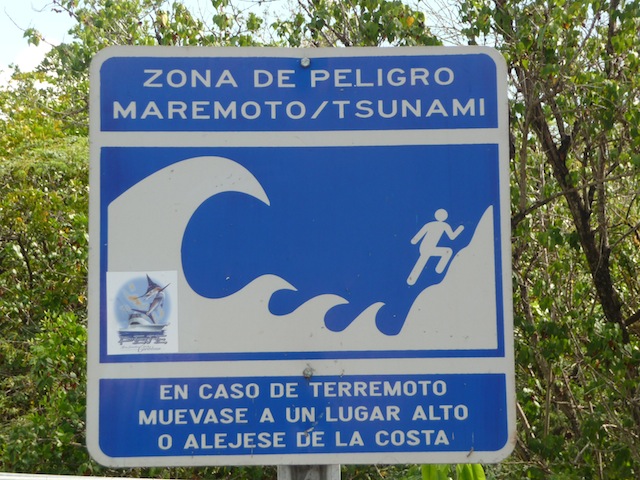 One thing that has changed since the last time I cruised these waters in the late 1990s is that now everywhere you go in the Spanish Virgins and the east coast of Puerto Rico you see these tsunami warning signs. I wasn’t aware that tsunamis are a serious threat in the Caribbean, so I’m wondering what the point of these is. Maybe it’s the fruit of some kind of sweetheart deal between the sign manufacturer and the local government.

Of course, I did know that the U.S. military has been a major presence here until fairly recently, but still it kind of surprised me the other day when the current crew of Lunacy (i.e., me and SEMOSA’s Treasurer and Minister of Mindless Enthusiasm, Phil “Snake Wake” Cavanaugh) anchored off the islet of Cayo de Luis Pena and went ashore to find the decayed concrete remnants of some sort of WWII installation. 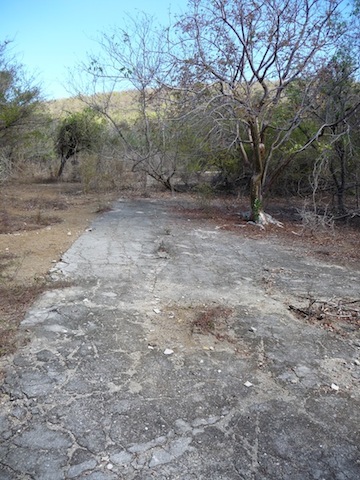 Road to nowhere on Luis Pena. In company with some wild goats that stalked us through the underbrush, we hiked along this concrete ribbon up to a hilltop… 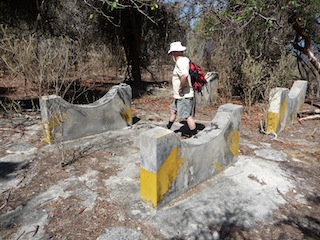 …where we found some huge concrete foundation pads and plumbing remnants. We reckon the islet was used as an observation post when the Navy conducted training exercises here during the war 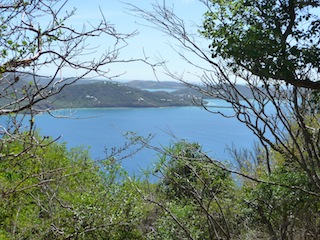 The following day, on the big island of Culebra, we hiked across the island to Bahia Flamenco, where we found a couple of graffiti-covered Sherman tanks rusting away on the beach. It seems I just can’t get away from the detritus of the Big One. Every summer sailing up in Casco Bay I end up spending at least some time clambering over the ruins of old WWII fortifications. Down here it’s the same schtick. 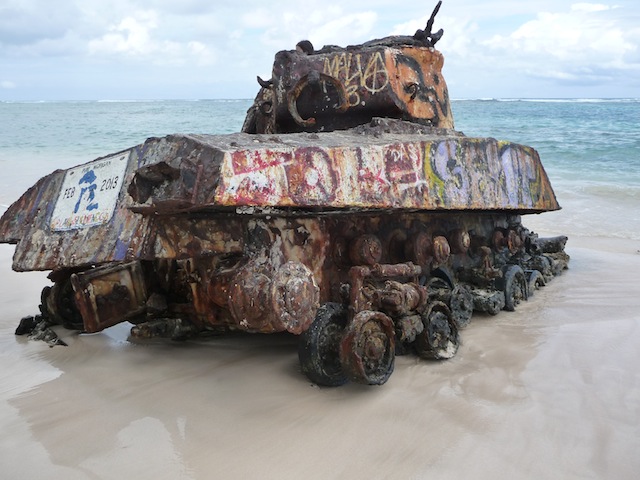 The military used these islands to practice landing men and gear on beaches, a skill needed to push the Japanese out of the Pacific. Seems this bit of gear got stuck in the sand 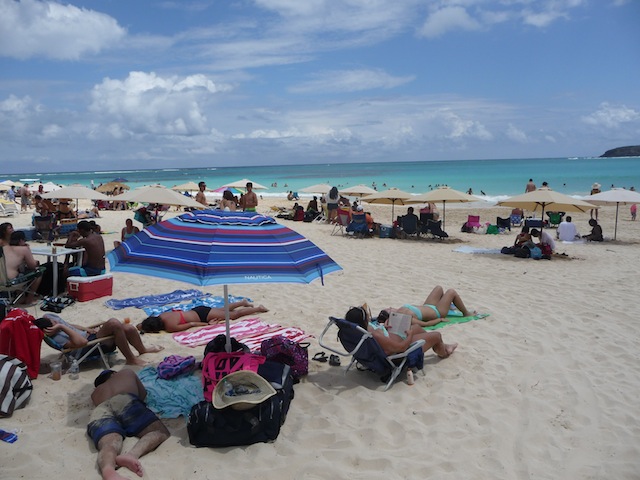 Playa Flamenco is now heavily populated, with a behind-the-strand food court, lifeguards, and hordes of body-surfing sun-worshippers. Last time I was here in ’99 it was much emptier

Our sail from Luis Pena into Culebra’s Ensenada Honda was the real deal. We hoisted the main without starting our engine, sailed off the mooring we had picked up off the beach, beat our way over to the entrance of the big bay, sailed through the reef break and right up to the town of Dewey. 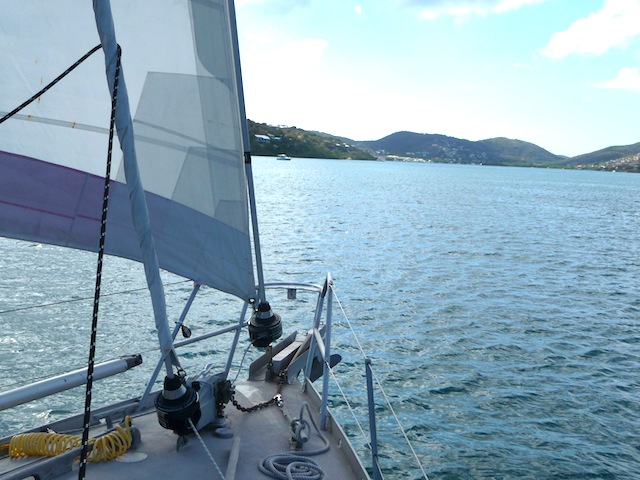 Sailing up Ensenada Honda on a sweet reach 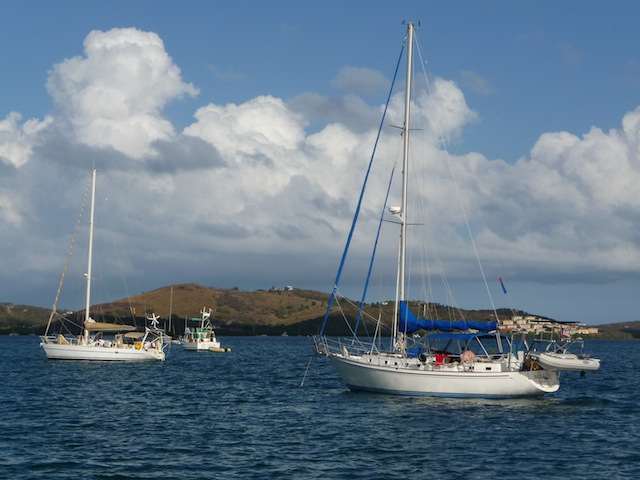 Boats at anchor inside the bay off Dewey. Gotta be one of the best hurricane holes in the Caribbean

What we hadn’t reckoned on was Easter. Seems like most retail joints here in the ever-so-Catholic province of PR are sealed for the duration of the weekend, so we’re in the midst of a B&B (bread & Booze) provisioning crisis. Also the WX has been a bit squirrely. Blew like stink last night and a couple of boats dragged anchor right past us and almost piled into the town dock. A major clusterfuck, but fortunately nothing was damaged.