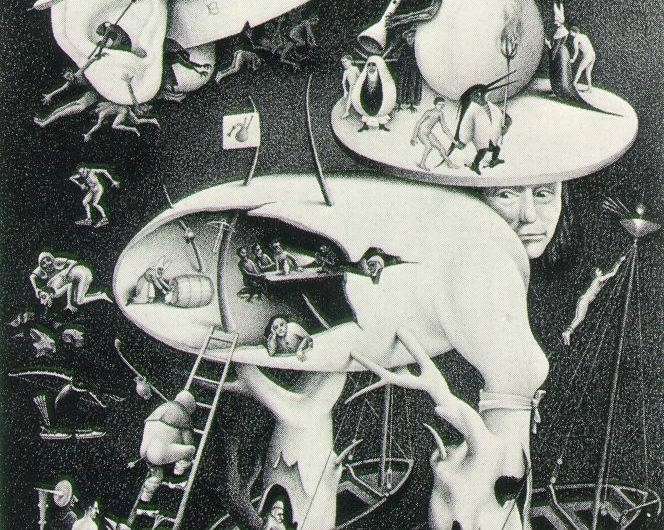 OF ALL the supernatural entities we sailors must cope with while messing around on our boats none are more heartless than the dreaded Bilge Gods. As long as there have been bilges on boats, these evil spirits have been lurking down there, waiting patiently to consume any Very Important Object an innocent mariner might temporarily hold in his or her hand. Even if you are on deck, or at the very top of your mast, as far from the bilge as you can possibly get, it is a scientifically proven fact that all you need do is let slip your grip on a VIO for but an instant and somehow it will end up in the hands of these greedy gremlins.

Much of what falls to the Bilge Gods is of little consequence, but their omnivorous habits do sometimes create maximum inconvenience. I recall, for example, a windless day several years ago when I was motoring across Penobscot Bay aboard my Golden Hind 31 Sophie and noticed the engine was overheating. I immediately anchored in a nearby cove and opened up the engine compartment. As I applied my screwdriver to the impeller housing on the raw-water pump, I thought to myself I must be careful or the Bilge Gods will cause trouble. And even as I thought this, they roused themselves and suddenly grabbed not the screwdriver or the screws, of which I had others on board, but the housing cover itself, for which I had no replacement.

I spent the next hour trying to fish the cover out of the murky pool of oily water at the bottom of Sophie‘s deep bilge with a magnet tied to a long piece of string. Eventually, I remembered the cover was bronze and would not stick to the magnet. Lacking any motive power, I was therefore forced to spend the night anchored there in the cove. Not until late the next day, when at last the wind started blowing again, was I finally able to sail home to my mooring. Even worse, I discovered on trying to order a new housing cover that I needed the part number of the pump it came from. That number, of course, was stamped on the cover itself and was known only to the Bilge Gods.

To get through the rest of that season I fabricated a makeshift housing cover out of aluminum, and it wasn’t until I hauled the boat in the fall that I was able to retrieve the original cover. My ShopVac, I found, was not only powerful enough to suck up all the oily water in the bilge, but could also pick up solid objects of considerable size and weight. In addition to the missing housing cover, I recovered three screwdrivers, a crescent wrench, miscellaneous fasteners, a hammer, and a winch handle. 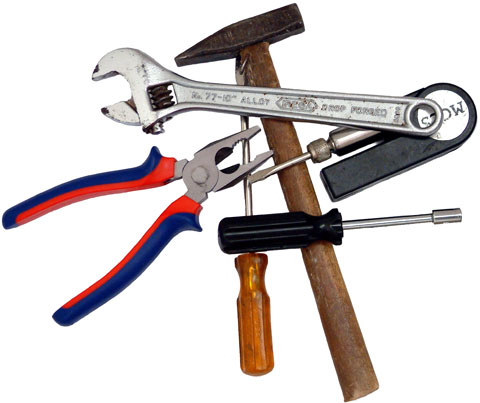 This illustrates a fundamental tenet of Bilge Theology: the deeper your bilges, the more powerful the gods that inhabit them. As any owner of an older full-keeled boat will attest, the Bilge Gods like to take full advantage of whatever storage capacity they have their disposal. And, of course, a deep bilge also makes it much harder, sometimes impossible, to retrieve lost objects from the grasp of those who live down there. 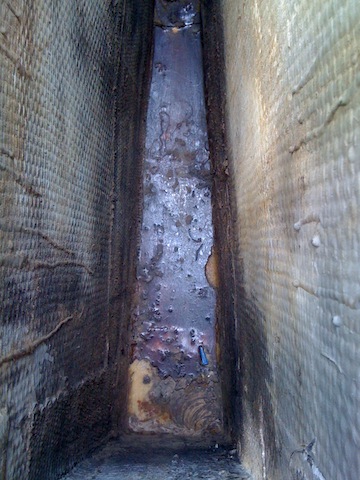 This has had a profound influence on naval architecture. Designers may claim that they invented modern shallow-bilged boats with fin keels purely to improve sailing performance, but it was also an obvious bid to strip the Bilge Gods of jurisdiction. To some extent, it has been successful. It is true that objects lost in the modern shallow bilges are more easily reclaimed, but it is not true that a shallow bilge is any less attractive to lost objects in the first place. 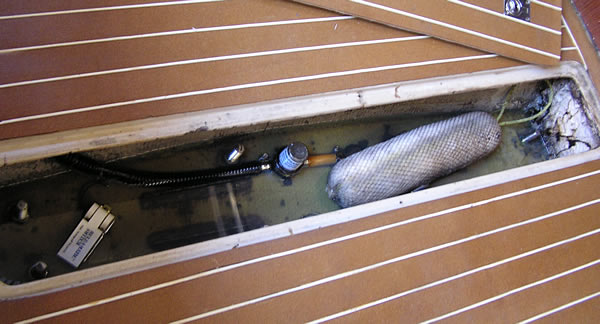 I was reminded of this not long ago while crawling around the nether regions of a brand-new production boat during a boat test. Given that the boat had rolled off the factory floor only a few weeks earlier, I was impressed by the amount of detritus I found hiding in the segregated puddles of bilge water formed by the boat’s structural bottom grid. At the bottom of one cockpit locker I even found a lost cellphone.

On another occasion, while on a bareboat charter, I recall being shocked when I learned the cabinets behind the vanity mirrors in the heads on the boat were not closed compartments. Instead they opened directly into the void behind the hull liner. Because the cabinet shelving did not reach all the way back to the hull, whenever anything toppled off the back of a shelf (which occurred every time the boat heeled) it shot directly down into the bilge. We called the head cabinets the Bilge God Express and during the course of our charter had many interesting conversations:

“Hey! Anyone seen my toothbrush???”

“No, not recently. Have you looked in the bilge?”

Or… “Hey! Who the hell stole my shampoo?”

“Not me, meathead! Next time check the bilge first.”

The Bilge Gods, for the most part, fortunately do not threaten our safety. Still, given the importance of a bilge in relation to the rest of a boat, it is best not to take this for granted. The last thing you want is for the Bilge Gods on your boat to start filling their domain with large quantities of water.

I remember one boat with a very serious Bilge God problem, an aluminum sloop I encountered in a busy anchorage in the Virgin Islands. The owners, a young French couple, had just relaunched after an emergency haul-out and were still marveling at the bizarre nature of their predicament. It seems they had spent many months anchored out, and when at last they decided to move on they found their bottom was very foul. So in they jumped with masks and snorkels to scrape it clean.

When they were done and came back aboard they discovered, to their horror, that the boat was taking on water. They quickly searched for the leak, found nothing, and were on the verge of panicking when the flow of water suddenly stopped. Greatly relieved, they donned masks and snorkels again and hopped overboard to see if they had damaged or displaced something while scraping the hull. All they found was a big jellyfish lying up against the bottom of the boat.

After knocking the jelly off, they climbed back aboard. Soon the bilge pumps started cycling again, and again they searched frantically for the leak and found nothing. Then, mysteriously, the leak stopped again. This time they didn’t fool around and headed straight to a yard with a Travelift. Once they had the boat up in the slings they were surprised to find their friend the jellyfish stuck to the hull again. Underneath the jellyfish they found a tiny circular hole.

On locating the hole from the inside, under an obscure locker containing some camera equipment, they at last figured out what must have happened. They reckoned a small camera battery had fallen out of the locker into the bilge, then ate its way electrolytically through the hull. The growth on the bottom of the boat was heavy enough to hold the battery in place in the hole, but once the growth was scrubbed off, the battery fell out and the water rushed in. Until, that is, the hapless jellyfish happened by and got sucked into the void. 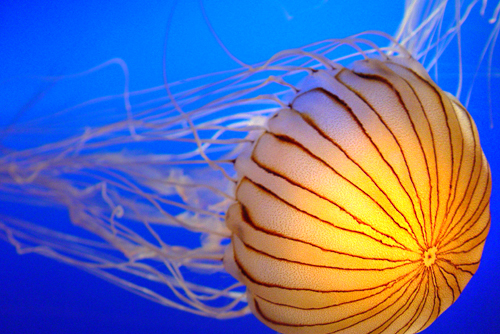 All of which raises an important theological question: is it possible to propitiate the Bilge Gods? It is easy enough, even amusing, to imagine the ceremonies and obeisances we might perform in their honor. Temples could be erected, virgins sacrificed, mantras chanted, priests anointed.

But in the end, I don’t think the Bilge Gods would be very impressed by any of this. Ultimately, they are not interested in obtaining our respect or obedience. All they really want is our stuff.