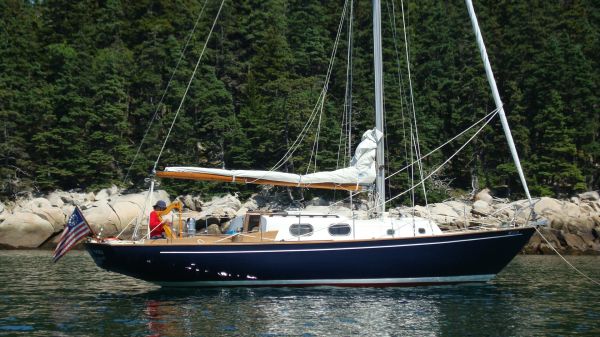 I HAVEN’T SEEN this boat in person, but from the photos on this Craigslist listing it looks to be in very good condition… and the asking price is just $11K! She’s got recent Awlgrip on her topsides, a recently rebuilt freshwater-cooled Atomic-4 engine, a new water tank, a new prop, and a new stuffing box. Looks like an excellent deal for an offshore-capable boat.

This is hull #57, built around 1963, which makes her just a tad older than my old Alberg 35, Crazy Horse, which was built in 1964 and had a hull number somewhere in the 60s. I had a great time hacking around the North Atlantic on Crazy Horse for two years. Two owners after me she went on a long Caribbean cruise, and her current owner hopes to take her out for another bluewater adventure sometime soon. To give you some perspective on price, you can check out this old post about what I paid for the boat back in the ’90s and what I put into her to get her ready to go offshore. 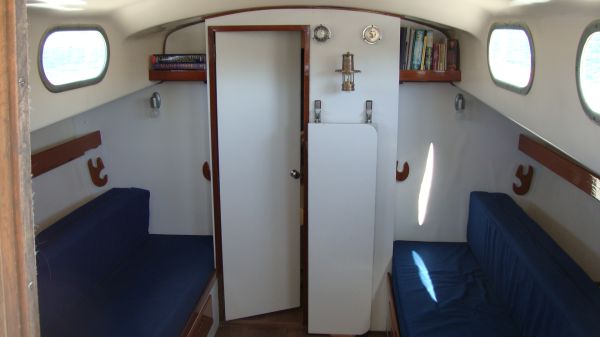 This boat, I note, has had its interior refinished, so you wouldn’t have to look at the awful original faux-wood Formica or torture yourself, as I aways did, over whether to go to the trouble to do it over. 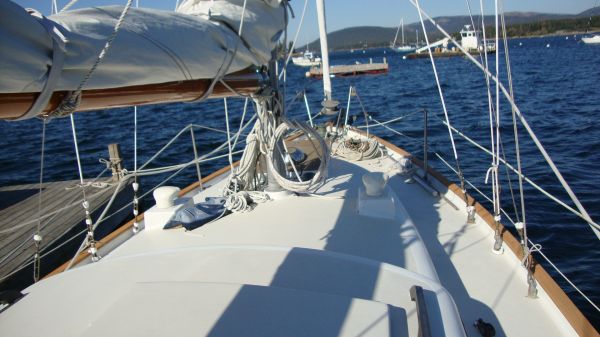 Deck looks clean, though it looks like much of the running rigging might be three-strand rope, which I’d get rid of pretty quickly. 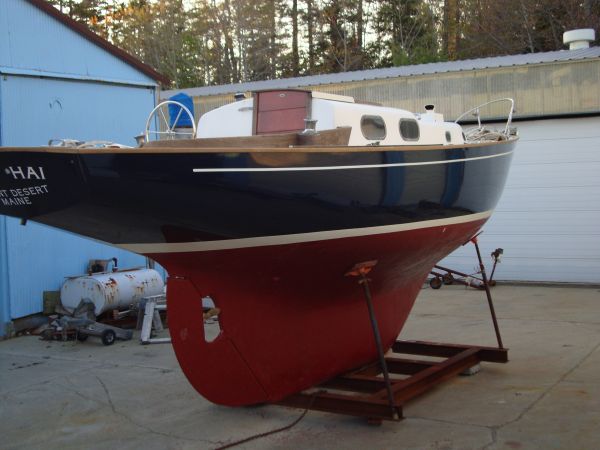 Bottom looks very clean, too, though I’d guess the rudder is wood, as the listing doesn’t say otherwise.

As long as you’re driving up to Mt. Desert Island to check this baby out, you may as well stop in East Boothbay and take a peek at this real cheap 1971 Tartan 34 (just $14.5K) with a new diesel engine and recent sails. (For more info on the Tartan 34, you can check this S&S blog post.)

It would at least give you some leverage when talking to the other guy.

Speaking of Cruising: I’m out of here next week, folks. Going sailing again with the family in Puerto Rico, and I ain’t taking no damn computer with me. The blog will be idle for a bit, but I’ll fill you in when I get back.