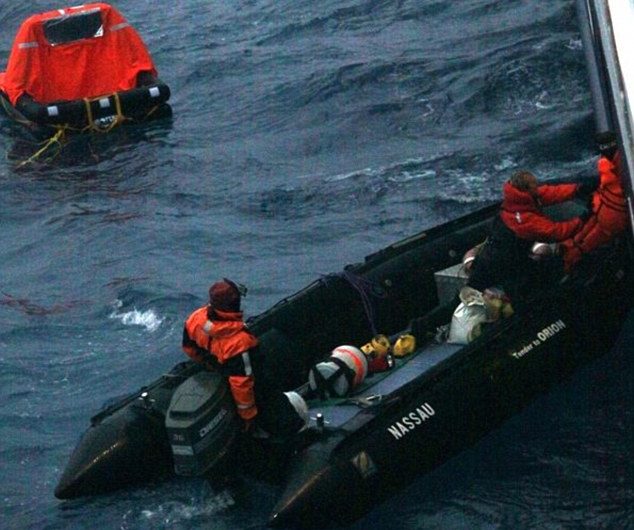 IT WASN’T SO LONG AGO that liferaft survival-drift stories were fairly common. I personally know two people who spent more the 60 days in rafts (Steve Callahan and Bill Butler) and have read numerous accounts of similar experiences. Since the advent of reliable EPIRBs, however, it is now unusual for sailors abandoning yachts to spend more than a few hours adrift before getting picked up by someone. Hence all the fuss concerning Alain Delord, a 63-year-old French singlehander who was rescued from a raft 500 miles southwest of Tasmania late Sunday after spending three days adrift.

Not that he was alone all that time. Delord abandoned his boat, Tchouk Tchouk Nougat, an Archambault 35, on Friday after it was rolled and dismasted. Reportedly, the hull was holed by the busted rig and was taking on water. He also ignited an EPIRB, of course, and soon had a plane from the Australian Maritime Safety Authority (AMSA) overhead. AMSA maintained a relay of planes to keep Delord company while M/V Orion, a cruise ship returning from Antarctica, diverted 680 miles and steamed over 50 hours to reach him. At some point, a plane also dropped Delord a new liferaft (his was undersized and had no food or water) and a working radio (the batteries in his had died), and also the survival suit he was wearing when Orion finally picked him up.

Delord, very appropriately, has expressed much gratitude for all the help he has received. Though AMSA most certainly spent a small fortune helping to rescue him, and though M/V Orion went well out of its way and wrecked the cruise itinerary of its paying passengers (they missed a scheduled visit at Macquerie Island) to help him out, no one has suggested he owes anyone anything for all the trouble he caused. 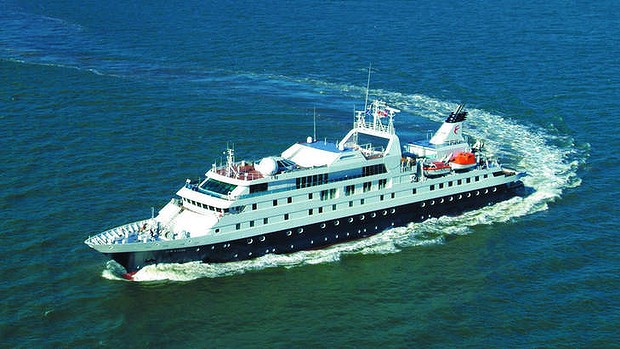 M/V Orion underway. Passengers reportedly were rather upset when they first learned that Delord had ruined their cruise, but cheered heartily when he was brought aboard

Delord, a very experienced ocean sailor, was apparently stalking the Vendee Globe fleet in a bid to sail non-stop around the world alone through the Southern Ocean when he was forced to abandon his boat. 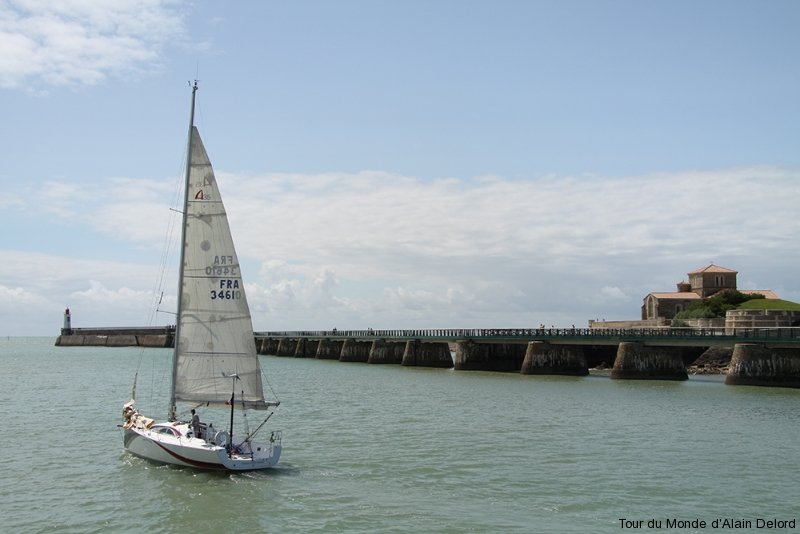 Delord departing from Les Sables-d’Olonne aboard Tchouk Tchouk Nougat in October, two weeks before the start of the current Vendee Globe

Thirty years or so ago, back when you could look forward to perhaps spending weeks or months in a raft if you abandoned your boat, it was possible for amateurs with relatively modest financial resources to actually compete in round-the-world singlehanded events like the old BOC Around Alone Race. I’ve often thought someone should start up a modern-day Corinthian event along the same lines, so as to channel the energy of contemporary amateur sailors like Delord who dream of, but have no hope of, competing in events like the Vendee Globe. That way someone could at least inspect their boats and safety gear before they take off, and hopefully they could save each other if and when they got in trouble.

Not that Delord’s little adventure seems to have been crazy or irresponsible on its face. But personally I know I wouldn’t be spending much time in the Southern Ocean aboard an Archambault 35. 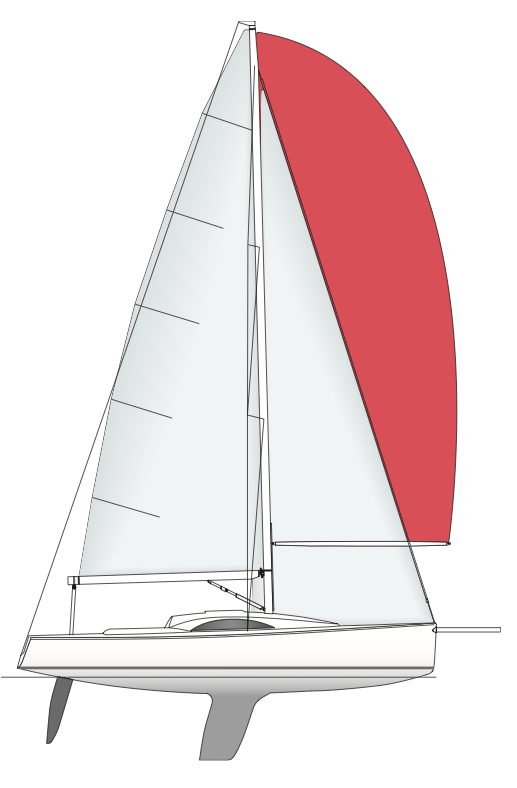 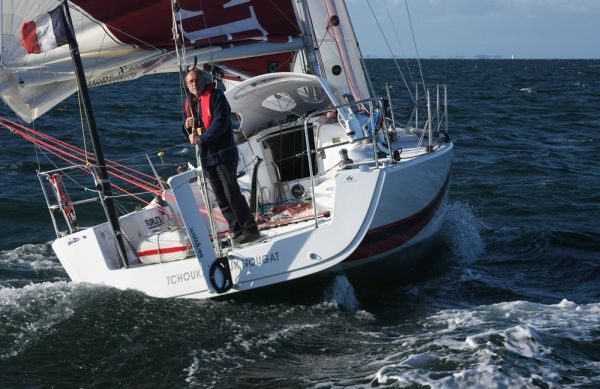 Delord setting out on Tchouk Tchouk Nougat. Note the liferaft canister lashed down at the back of the open transom. He was lucky it was still there when he needed it

I remember inspecting an Archambault 35 at Annapolis when they first came out a few years ago. I had it pegged as a nice round-the-cans IRC racer. I might race one to Bermuda, but it would pretty much be my last choice for the Vendee Globe.

PS: Speaking of guys I know who have spent time in liferafts. I once sailed with an old drug smuggler who claimed to have abandoned ship and boarded rafts three different times. “Every time I got into one,” he told me, “the first thing I thought was: I should have spent more on this raft!”

Other sources: The Age, Sail-World, The Australian