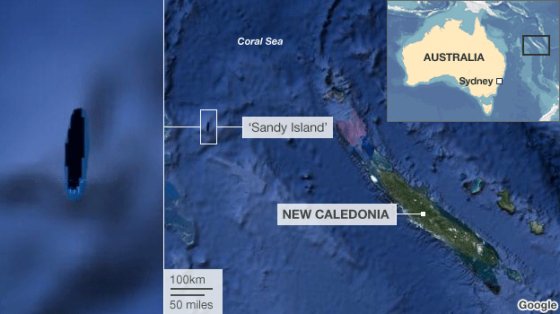 I PLAY THIS GAME with crew on offshore passages sometimes, just to mess with their heads. I tell them the island we’re bound for doesn’t really exist–that evil cartographers just made it up and put it down on charts so that silly sailors like us would try to go there. If you’re a skeptic at heart, this is a perfectly feasible scenario.

Case in point: just last week a team of Australian geologists aboard the research vessel Southern Surveyor decided to check out a place called Sandy Island that some of their charts said lies at 19.22 S 159.94 E in the Coral Sea between Oz and New Caledonia (see image up top). The reason they were curious was that some of their other charts said there was nothing there. And when they got there they found the other charts were right. No island. Not even any shallow bottom features. Just soundings straight down to 1,400 meters.

Bear in mind, we’re not talking about some mid-ocean slip of a sandbar here. This missing island was pretty big, about 60 square miles, roughly the size and shape of Manhattan. 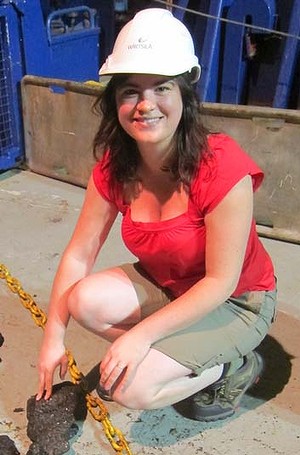 Dr. Maria Seton of the University of Syndey, who led the team that undiscovered Sandy Island

Most of the reports I’ve read about this mention Google first and foremost and seem to imply that somehow it was their job to figure out the island wasn’t there. The fact that anyone who happens to zoom in on the island on Google’s satellite maps will find nothing but a black void there (again, see image up top) certainly should suggest that maybe there is a glitch here. But Google has no doubt relied, as have many others, directly or indirectly, on survey data that evidently dates back to 1876, when a ship named Velocity reported finding an island at this location. 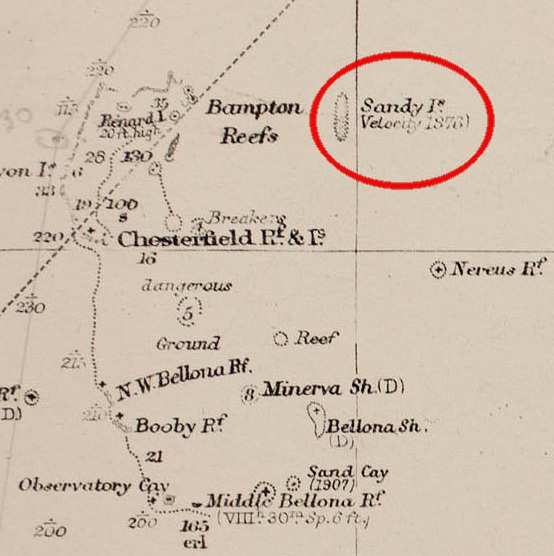 A chart from the Auckland Museum, circa 1908, showing the name of the ship that discovered Sandy Island and the year of its discovery

So the real question would seem to be: were those guys on Velocity just playing a twisted joke on posterity, reporting that they found an island where there wasn’t one? Or did they really find an island and get the coordinates wrong? (Remember, this wasn’t too hard to do back in the days when sextants and handwound chronometers were the cutting edge in position-fixing technology.)

Frankly, at this point the twisted joke scenario seems more likely. For long before R/V Southern Surveyor managed to undiscover Sandy Island (called Sable Island by the French, who have putative jurisdiction over its non-existence) by going there and not finding it, a rabid group of radio hams organizing what is called a “DX-pedition” had already deduced, back in the year 2000, that it wasn’t there simply by studying some satellite pix. 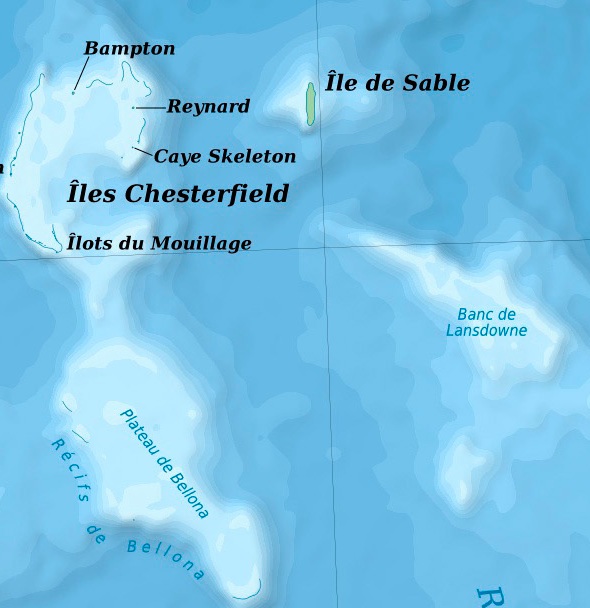 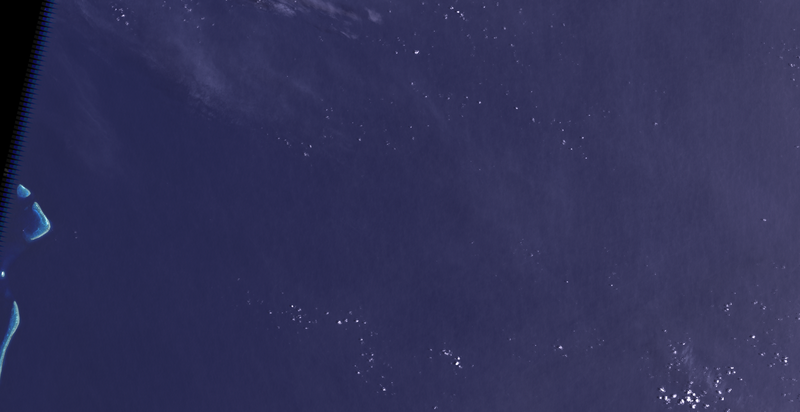 If the navigator on Velocity had simply misplaced the island it would have to be somewhere in the general vicinity… n’est ce pas???

Note: The most creative explanation of the island’s disappearance I’ve found is on this weird “ZetaTalk” website here, but it is so creative I can’t figure out exactly what they’re saying. It seems to be an argument that undulations in tectonic plates under the Coral Sea may be causing the island to periodically appear and disappear. And if you read the comments, there are some asserting that global warming may be involved.