Lunacy was hauled at Maine Yacht Center last week, just for a quick scrub and zinc replacement, as I plan on taking her south to Puerto Rico for the winter. This is the second full season she’s had her Ultrasonic Antifouling system clicking away trying to keep her private parts clean. As you can see in the photo up top, the results from a distance look pretty good.

Once you get closer, however, you see the old girl’s tush was indeed a bit slimy. This is after six months in the water, without the hull having ever been scrubbed. 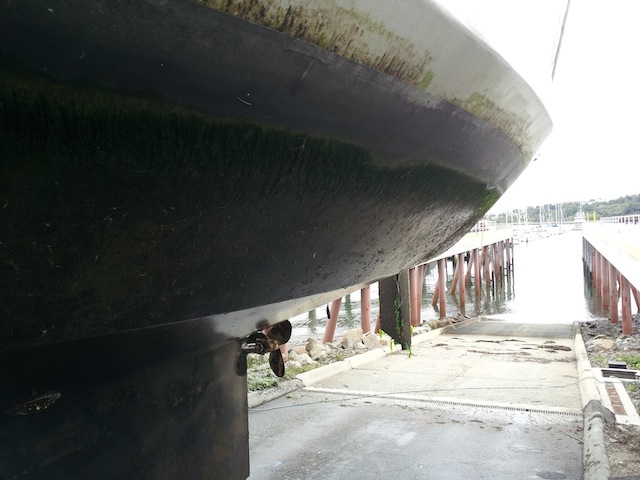 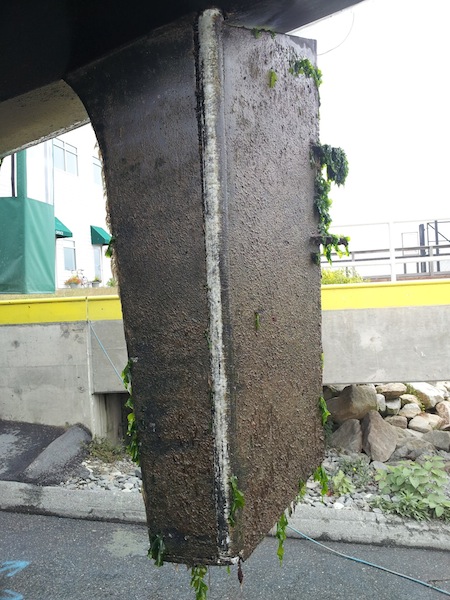 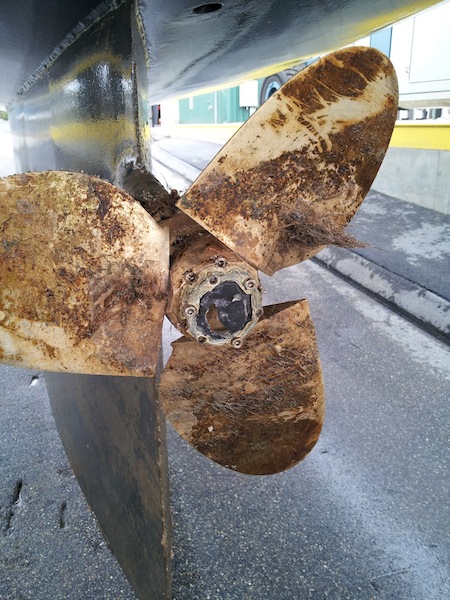 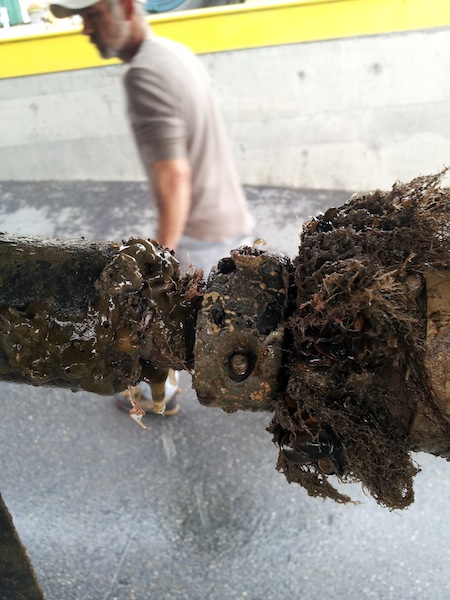 All in all, I’d say this was markedly better than last year, which may be because of the paint. This season Lunacy has been wearing Ultima Eco, a metal-free ablative Econea-based paint from Pettit; last season she was adorned in Vivid Free, another ablative Pettit paint that is zinc-based. As the owner of an aluminum boat, I seem to feel obliged to take a comprehensive tour of the copper-free bottom-paint market. This is the third copper-free paint I’ve tried in as many years.

Again, I am convinced Lunacy would be considerably shaggier without the Ultrasonic system, as stuff grows on boats very quickly in Portland Harbor, a trend that seemed only to accelerate this year. I note, too, that Lunacy suffered much less zinc wastage this year (e.g., last year the prop-shaft zinc was totally missing), presumably because of some change in the harbor’s electrical dynamic.

Special thanks to Jeff Stack at MYC for once again taking the trouble to snap pix for me!