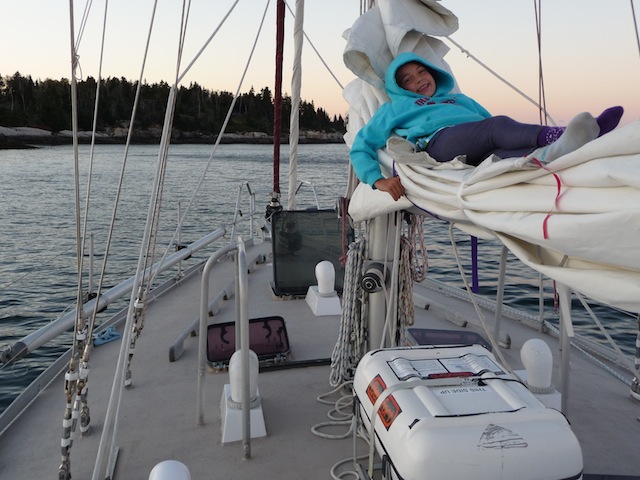 ON SATURDAY, the day after I got back from the Newport show, daughter Lucy and I decided to head out on to Casco Bay for an overnight aboard Lunacy all by our wild lonesomes. As you can see from the photo up top, after seven years of incessant indoctrination (courtesy of yours truly), she’s become rather expert at hanging out on sailboats.

Believe me, sailing with Lucy wasn’t always so relaxing. 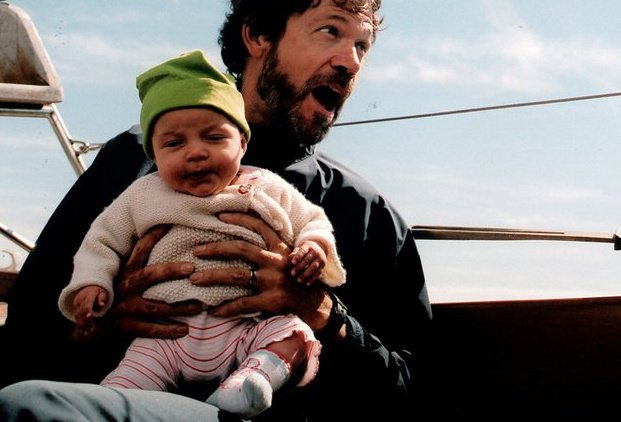 In the beginning… our first cruise together. Lucy at 3 months, en route from Rockland to Portland aboard Sophie (don’t worry, Mom came too)

We got a late start, so we decided we may as well head over to Cliff Island, which isn’t too far from Lunacy‘s mooring in Portland and was easy to get to in the brisk westerly breeze that was blowing. En route we managed to raise Phil Cavanaugh on the radio. He was out sailing with his wife Meg aboard their boat, Alida, a Baltic 35, which they’ve based this year at Falmouth Foreside, just north of Portland. 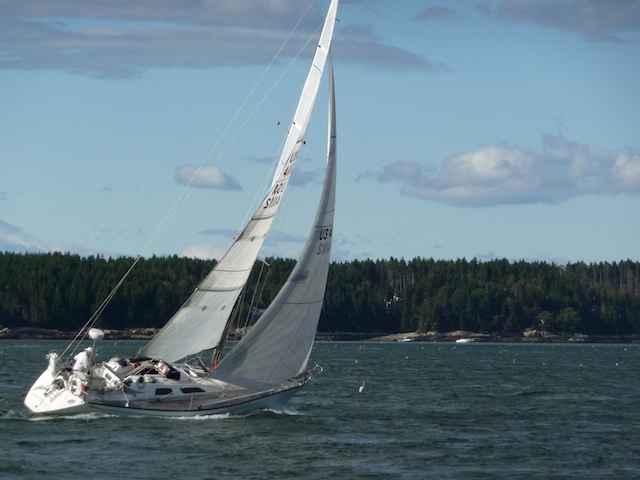 Alida as seen from Lunacy, south of Cliff Island 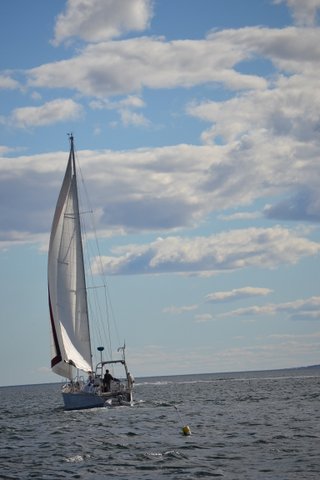 Lunacy as seen from Alida. Note this is taken from astern. Once we got ahead of them, in spite of the reef in our main, there was no catching us

We had fun hanging with Phil and Meg that evening in the anchorage on the island’s north side. Then the next morning, after a late breakfast, Lucy and I decided to go ashore for some hiking. 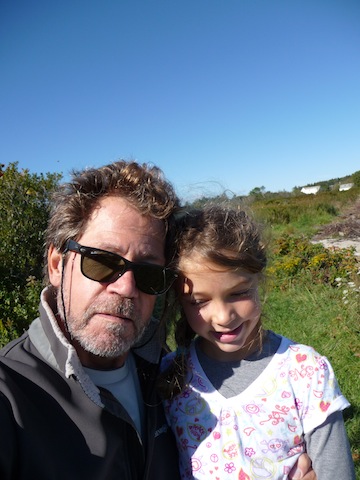 Lunacy‘s away team, off to explore the wilderness 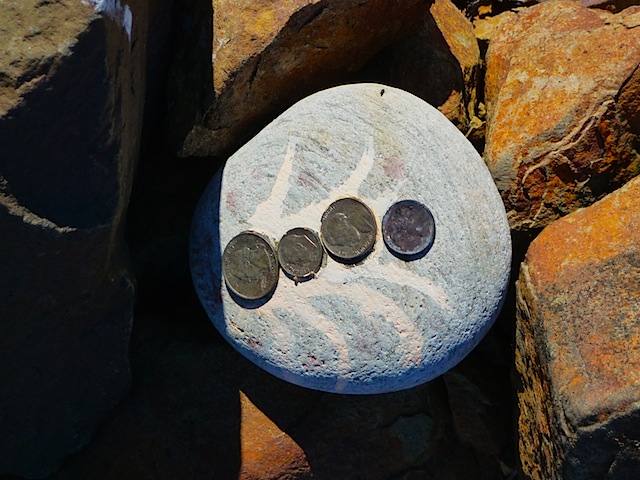 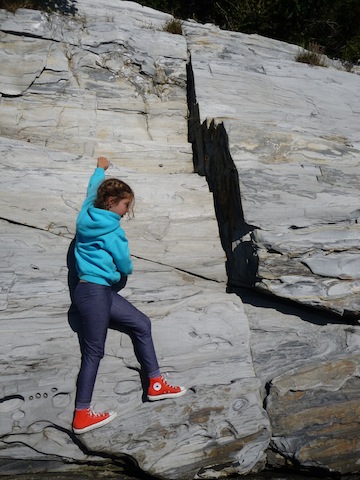 Guess this is why they call it Cliff Island. Lucy is of an age where steep rock faces are incredibly attractive 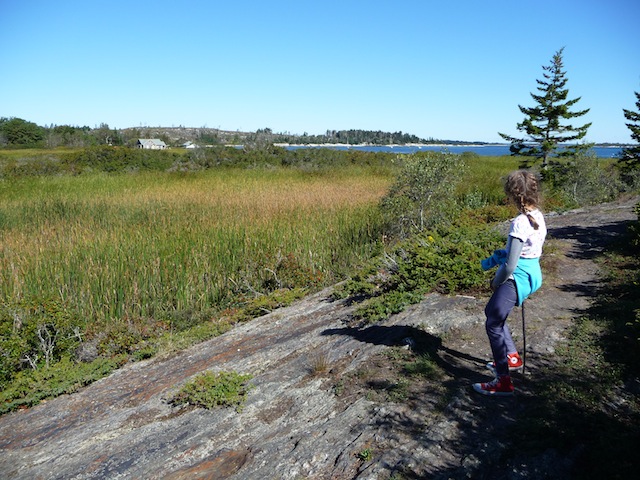 Admiring a view of the salt marsh 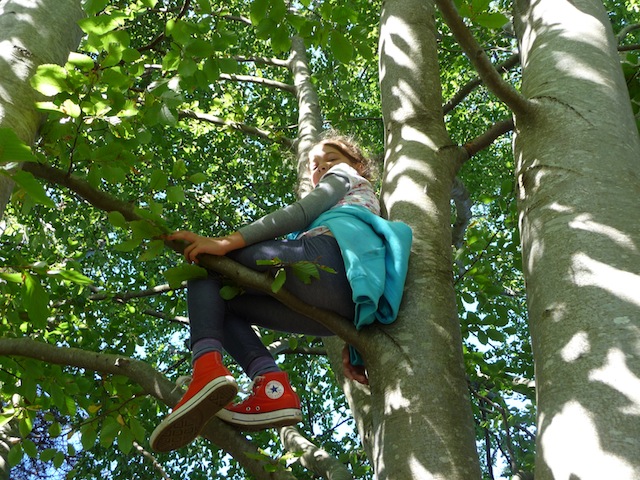 Trees are attractive too. Lucy had to stop and climb this one both coming and going 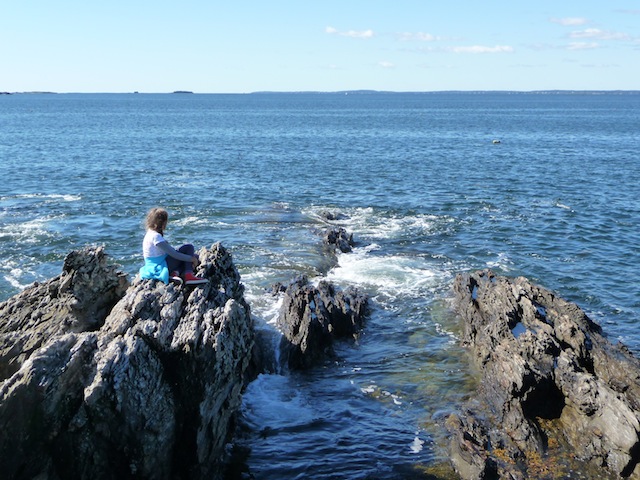 End of the trail. Lucy on the southern tippy-tip of the island’s east side