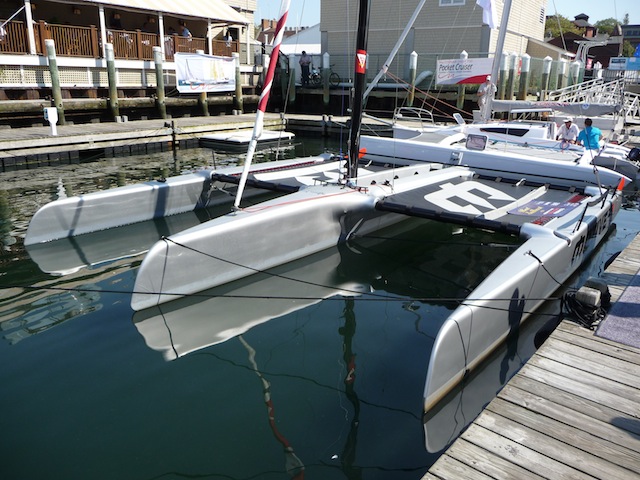 NO, THIS IS NOT A CRUISING BOAT, but Pete Ansel, the motive force behind the Motive trimaran, did spend some time on Friday at the Newport show describing to me the clever canopy that can be erected over the trampoline on this weapon of a craft, just in case you ever decide you want to spend a night on it. Personally, I have absolutely no desire to sleep on this boat, but I sure would like to sail it.

So would Ansel. He and his crew launched this puppy for the first time ever just before the show and were planning to test-sail it for the first time right after the show closed. Indeed, I wouldn’t be too surprised if Pete and Co. weren’t ripping around Narragansett Bay giggling their heads off even as I write this.

It is a dirt-simple super-high-performance daysailing multihull. Three super-fine carbon hulls joined by carbon cross-beams. The main flies loose-footed, no boom, and drops straight into the slit-trench footwell in the main hull when you want to stow it. There’s a centerline centerboard to keep things on track (though a daggerboard is optional), kick-up rudders on the amas, a self-tacking jib, and a spot to hang an outboard right aft. 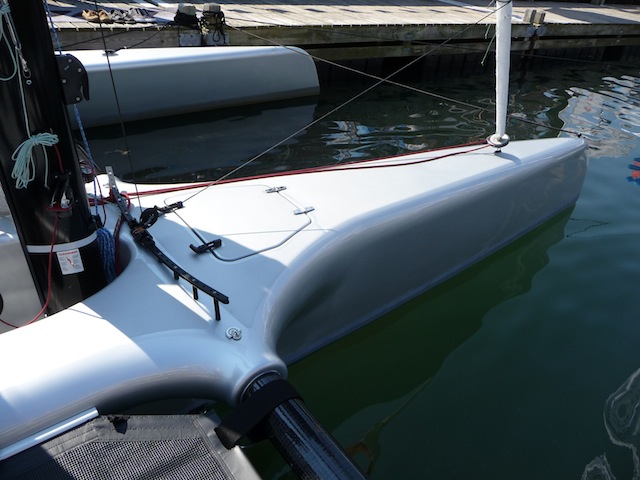 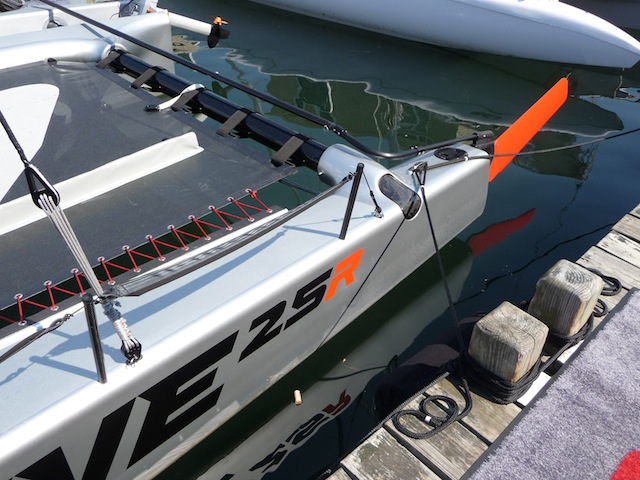 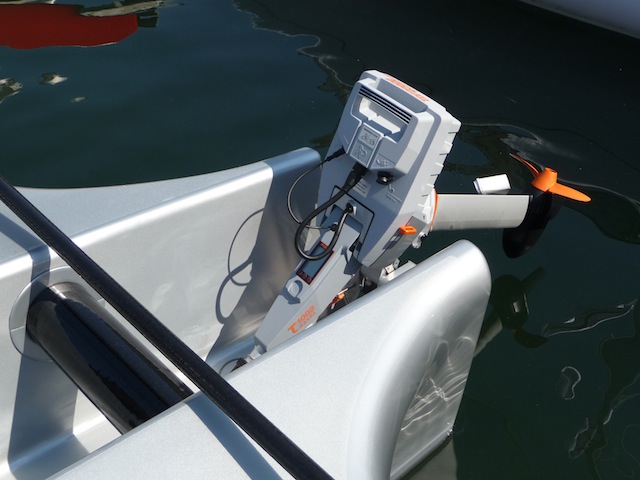 As I remarked to Ansel, it sort of looks like they designed the whole boat around the Torqeedo motor.

The cross-beams pull apart when you want to trailer the boat, and Ansel estimates the whole vessel can be torn down (or reconstructed) in about 45 minutes.

Designed by Jeremy Wurmfeld and Carl Persak and built in Salem, Massachusetts, the Motive is also relatively inexpensive, about $85K. Ansel is building the first four boats on spec and already has a host of dealers lining up to flog them to the public. He also won a nod from the folks judging the show’s Newport For New Products contest for Best New Sailboat Under 30 Feet.

Meanwhile, in amongst the proper cruising boats, it was pretty hard to miss this gorgeous 48-foot Lunenburg schooner from Dawson Moreland & Associates in Nova Scotia. The delivery crew distinguished themselves by saving three men they found on an overturned 420 dinghy in Buzzards Bay while bringing the boat down to the show. No doubt the lack of lifelines made it much easier to pull them aboard. 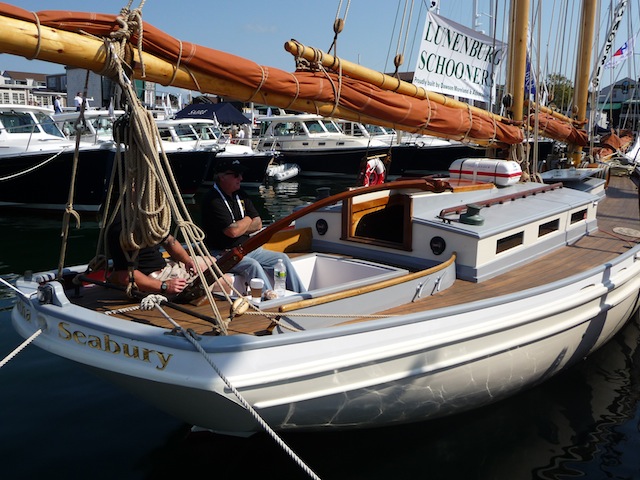 That’s some tiller! If you like this boat, you can get another just like it for $750K 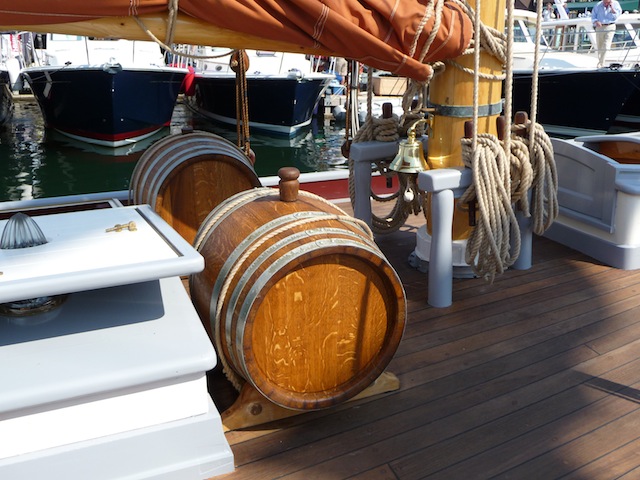 Tanks for storing rum on deck (or water, I guess) and a very shiny bell 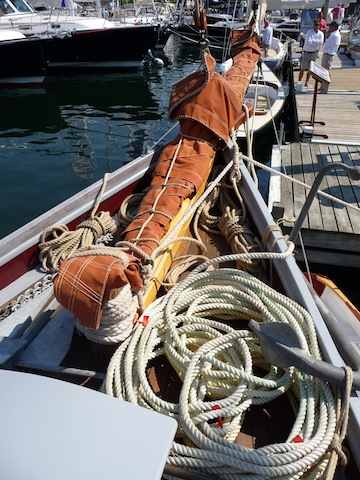 Not exactly an uncluttered foredeck

As for more modern cruising boats, I was rather intrigued by the new Bavaria Vision 46, which goes for a more modest base price of about $312K. 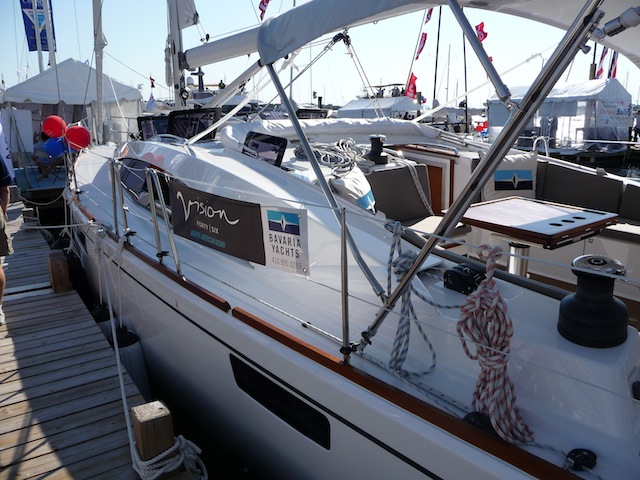 Though they’re quite popular with the public, big blister-style coachroofs are not really my cup of tea 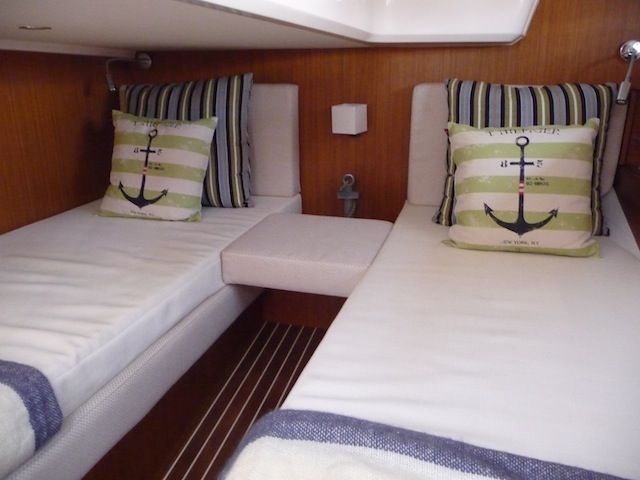 What I liked was the aft stateroom with twin single berths. Just the thing for families with kids. Or if you’re hosting a couple, you can fill in the middle and make it a super-size double 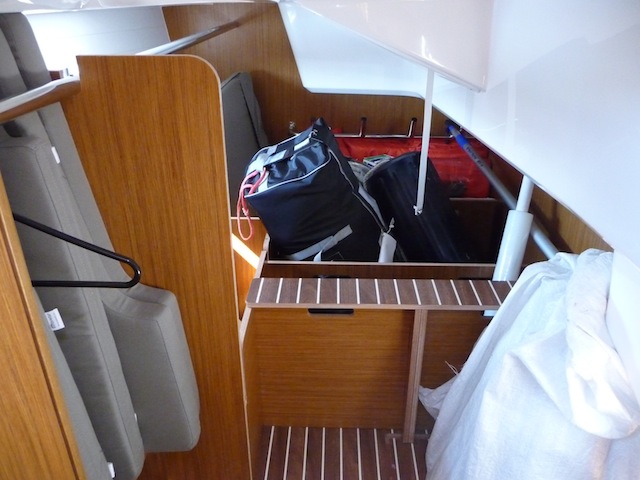 Ever a pragmatist, I also liked this killer storage compartment, which is neatly segregated with all sorts of useful compartments, lockers, rails, and hooks 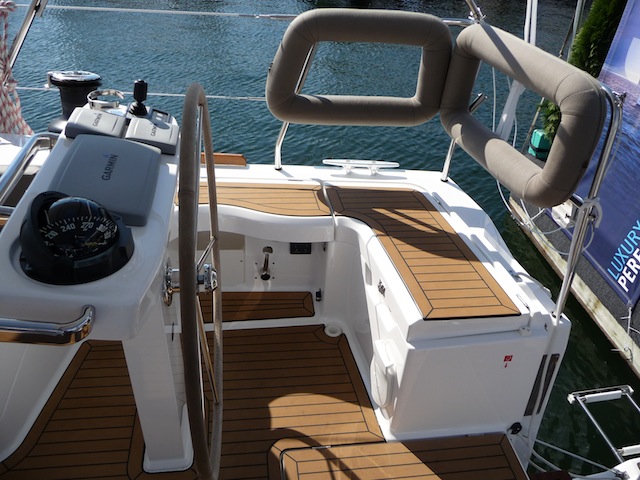 Over in the Blast From the Past Department, I positively swooned when I saw this perfectly reconditioned 13-foot Boston Whaler from the early 1960s. 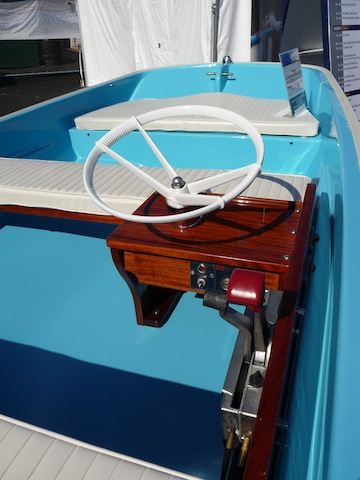 Exactly like the one I used to mess around in when I was a kid, except we never had cushions

And in the Blast From the Future section, I found… 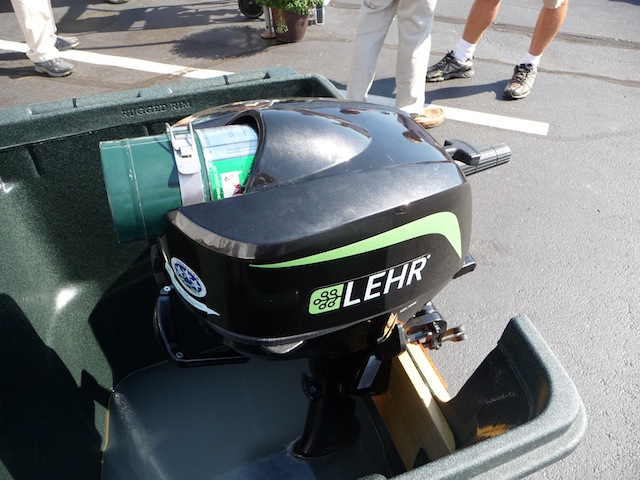 The new LEHR propane-powered outboard. They come in 2.5 or 5hp denominations and cost about the same as gasoline-driven motors. They can run off both integral 1-pound tanks, as seen here, or larger remote tanks. I’m told a pound of propane equals about one-quarter a gallon of gas in terms of range. Recently I’ve been wrestling with evil ethanol-induced diseases that have afflicted both my little gas-powered outboards, so I’m just about ready to give one of these a try. 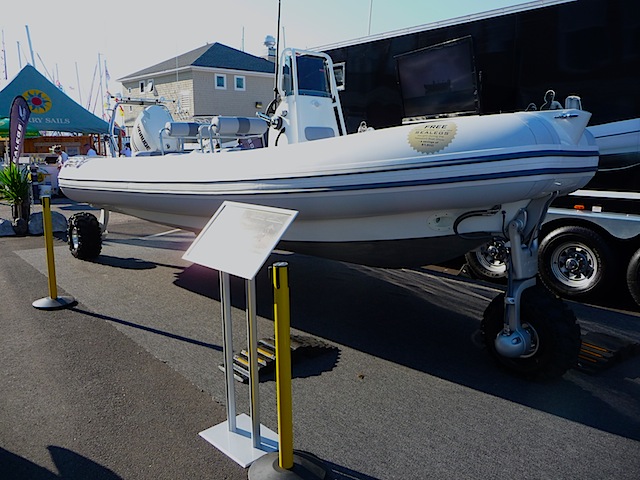 A Sealegs inflatable boat with flip-up hydraulic-powered wheels for rolling up on to beaches and stuff. Call me crazy, but I don’t really see these things ever becoming a huge hit in the recreational market. 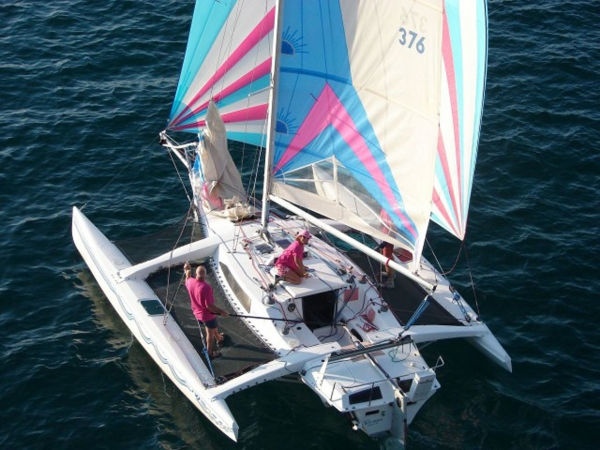