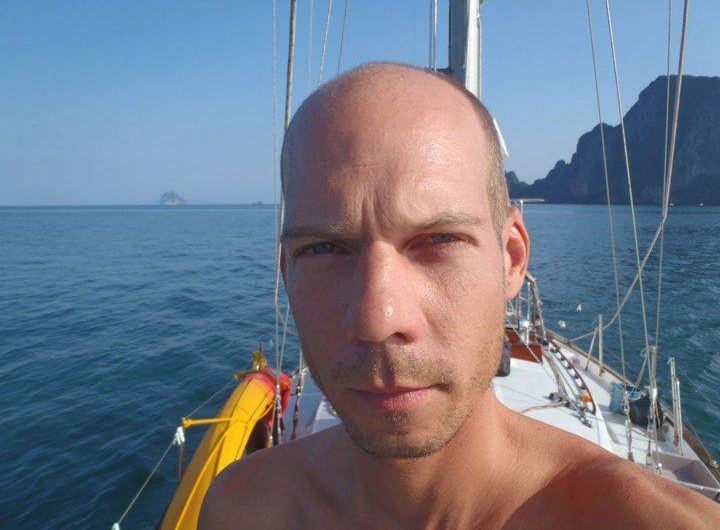 HERE’S ANOTHER STORY for the Creepy Cruiser Killers file. Or not. Did Stefan Pokorny (see photo up top), an Austrian dive instructor who was crewing aboard Finnegan, a 40-foot yacht belonging to Sean Terry, somehow kill Terry this past June somewhere between Chagos and the Seychelles? Or did Terry throw himself overboard in “a fit of anger,” as Pokorny claims, on June 22 during a spate of bad weather? Though Pokorny has been detained by authorities in the Seychelles since arriving there–alone–on Terry’s boat on June 25, he was finally released last week, as local courts found they had no jurisdiction in the matter.

What they also had, of course, is almost no evidence. It is the classic Perfect Murder scenario: two people leave one place outbound on a long ocean passage, and only one arrives at the next landfall. If the survivor says the missing one fell overboard en route, how the hell do you prove otherwise???

Here’s what we do know. Sean Terry, 48, a retired construction professional with dual UK/South African citizenship, was a very experienced, well-liked solo cruiser. He and Pokorny, 36, who had little or no sailing experience, hooked up in Sri Lanka and sailed together over a period of about six months to the Maldives. On May 13 of this year they left the Maldives for Chagos.

They mingled with other transient cruisers on Chagos, and as far as we know, no one noticed or has remarked upon there being any animosity between them. 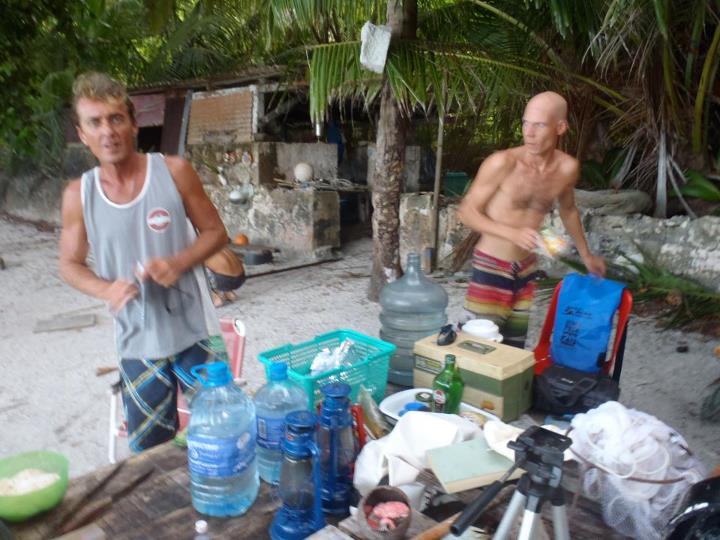 Sean Terry (left) and Stefan Pokorny (right) on Chagos not long before Terry disappeared. It certainly doesn’t help Pokorny’s case that he seems to be glaring at Terry like he despises him. Or is he glaring at something or someone outside the photo frame? Photo by Denis Brunin, of S/V Theis, who left Chagos on June 11 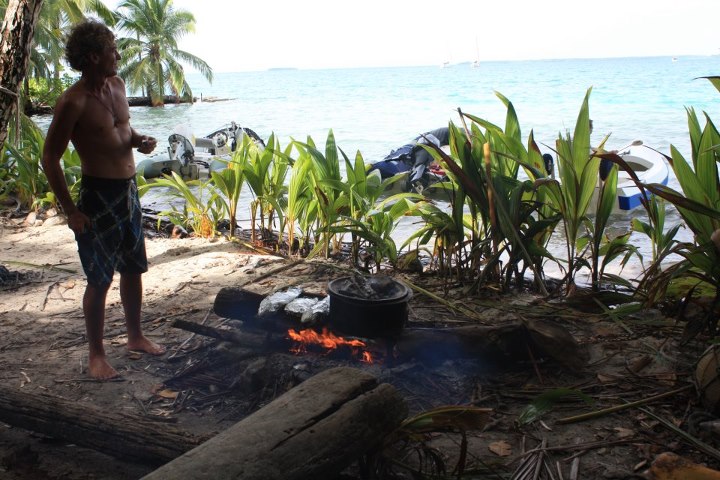 Sean Terry on Chagos not long before his disappearance. Photo by crew of M/V Emily Grace

They left Chagos on June 14, bound for Madagascar via the Seychelles, and sailed in company with an Italian boat, Alice, skippered by Antonio Boero. Alice and Finnegan were in regular radio contact until June 18, when the two boats, according to Boero, were beset by “strong winds.” Boero, who had known Sean Terry for years, describes their last radio conversation as being “happy and relaxed.”

This was the last time anyone other Pokorny communicated with Terry.

Next thing we know, Pokorny appears at Coetivy Island in the Seychelles on June 25 alone on Finnegan, claiming his skipper hurled himself overboard three days earlier.

These obviously are inherently suspicious circumstances, made even more suspicious by the fact that Terry’s two laptop computers and his logbook were not aboard the boat when it arrived in the Seychelles. There also seems to be no evidence that Pokorny made any effort to recover Terry after he went overboard. Ultimately, the only charges filed against Pokorny in the Seychelles pertained to his alleged failure to act to rescue Terry, and these were the charges that were dismissed last week.

Antonio Boero, who evidently has known Pokorny since he started crewing for Terry in Sri Lanka, has made it clear he does not believe Pokorny is guilty of anything. He has stated that the two shipmates got along well and that Pokorny is “the kind of guy who is afraid of his own shadow.” Boero believes some sort of accident took place and that Pokorny panicked and was unable to cope with it.

It is also worth noting that Sean Terry’s family have not directly accused Pokorny of foul play, but they were hoping he would be put on trial so that they could find out what really happened. Neither they, nor Boero, believe that Terry was capable of suicide, as Pokorny’s account suggests, and upbeat e-mails sent by Terry to his family before his disappearance certainly seem to support this. Among other things, Terry told his family he was looking forward to diving with Pokorny in the Seychelles. 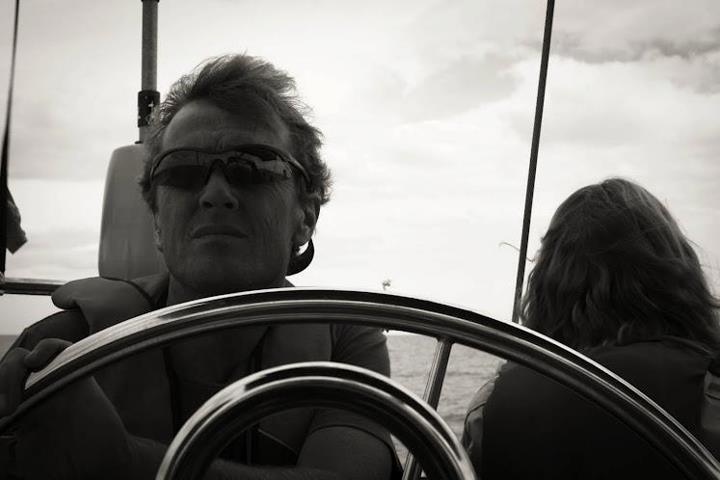 Ironically, it does seem that the one thing that really cuts in Pokorny’s favor is the fact that his story, as far as it goes, doesn’t make much sense. If he had half a brain and really had murdered Terry, he’d be much better off going with the PM scenario mentioned above. As in: “I have no idea what happened. I was off watch sleeping below, and when I came on deck again he was gone.”

As Boero suggests, Pokorny may have been overwhelmed witnessing an accident he didn’t really understand. A non-sailor watching (and perhaps ineffectually trying to help) an experienced singlehander cope with some crisis in strong conditions might well misinterpret events and a sailor’s emotional reaction to them.

On the other hand, the missing computers and logbook, absent any other evidence as to what happened to them, really are very incriminating.

If I had to bet money, I’d guess there was in fact some sort of accident and that Pokorny was, or at least feels, in some way culpable. But that really is just a guess. Now that Pokorny is free to leave the Seychelles, it will be interesting to see what comes next.

Note: All pix posted here are from the family’s Facebook page