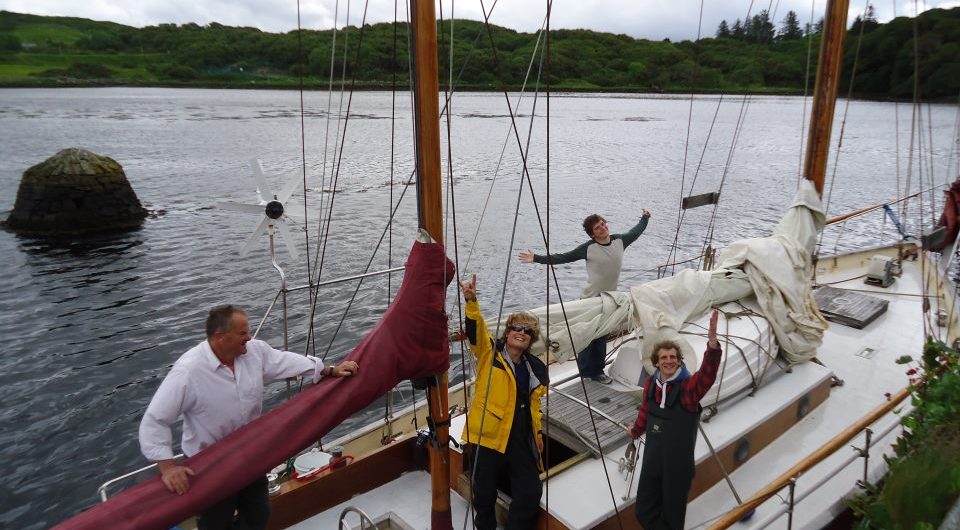 NO DOUBT YOU’RE WONDERING what happened with my cousin Nick Kats, who was planning to transit the Northwest Passage from Ireland to Oregon this summer aboard his steel ketch Teddy. In the end he decided to punt and cruise to the east coast of Greenland instead. He and his young crew (pictured up top) took off from Clifden in county Galway bound for Iceland last Friday.

Coincidentally, one member of his crew, Sam Berner, who just graduated from high school, is the son of Tania Aebi, ex-teen sailing prodigy. I met Sam and his mom the summer before last in New York, when they joined me and Hank Schmitt in greeting Reid Stowe on his return from his non-stop 1,152-day voyage around the world.

Nick and company will be maintaining a blog, Teddy Summer 2012, where you can follow their cruise as it unfolds. 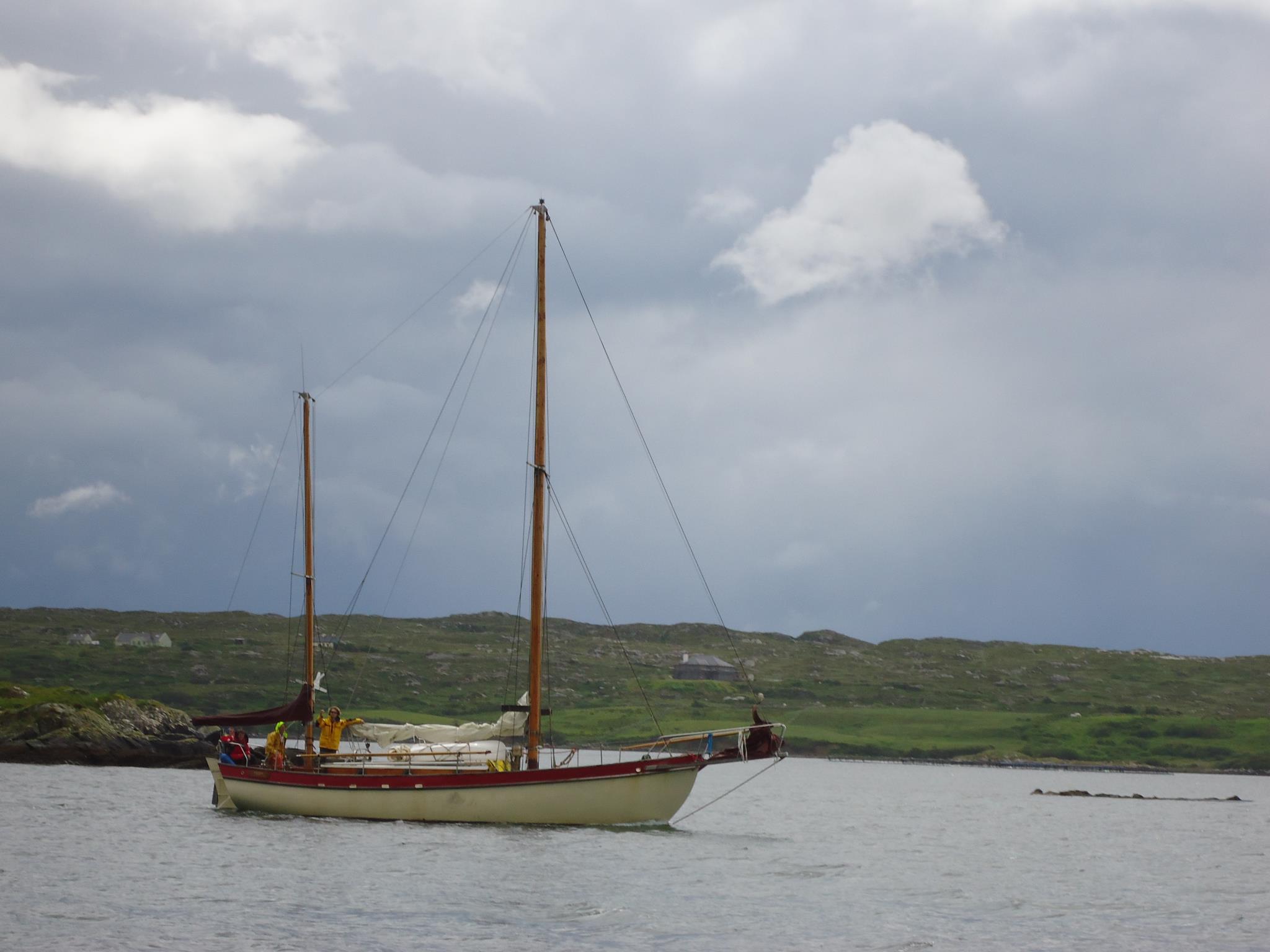 Teddy as she departed from Ireland last Friday

Here’s the itinerary Nick published there earlier this month:

Rockall – a 60′ high rock halfway to Iceland. Good fishing there, if not cleaned out. Very dangerous area in bad weather.

Heimaey Island = Westmannaey jar, SW Iceland. Volcanic. Surtsey Island, a volcanic island that rose out of the sea in the 1960s is 10 miles SW.

Reykjavik. Try my disco dancing skills there. Women are said to be starving as the men are all sodden drunk.

Westfjords, NW Iceland. A remarkable assembly of fjords between long fingers of high lands; look at the map.

Jan Mayen Land. 400 NM N of Iceland & the Arctic circle, well into the Arctic Sea. A 30 mile long finger of land, created by an 8000′ volcano. No harbors. We are cleared by Norway to land & walk daily for up to a week.

Ittoqqotoormiit, E Greenland. Due west of Jan Mayen. This is the northernmost of 3 small Eskimo villages on the wild & inhospitable coast of E Greenland. The supermarket said to offer polar bear & muskox meat; I look forward to sampling these. We will rent a bear gun so we can walk ashore in safety from polar bears as we travel into the fjord.

Scoresbysund Fjord. This extends 150 NM into Greenland from the sea. It is the biggest fjord in the world. I hope to go deep into the N branch. There are a lot of glaciers calving ice into the sea & there’ll be plenty of bergs. As we move west the ice cap in the surrounding lands builds up, so I expect it to get colder. There is some tundra & I hope to see muskox, arctic fox & hare.

Seydisfjordur, E Iceland. Up a fjord, has nice cafes & a good place for a beer.

Inishkea North, an abandoned shelf of island off the coast of Bellmullet Peninsula, County Mayo, Ireland. It is full of ruins from various stages of the rich Irish past. The 6′ high standing stone slab with the etched picture of a saint in the exact style of the Book of Kells (AD 1000) is stunning. The machair makes for lovely barefoot walking. Good place for mackerel fishing. It is 50 miles to home.

Joerg Muller, for the 1st leg Ireland to Iceland