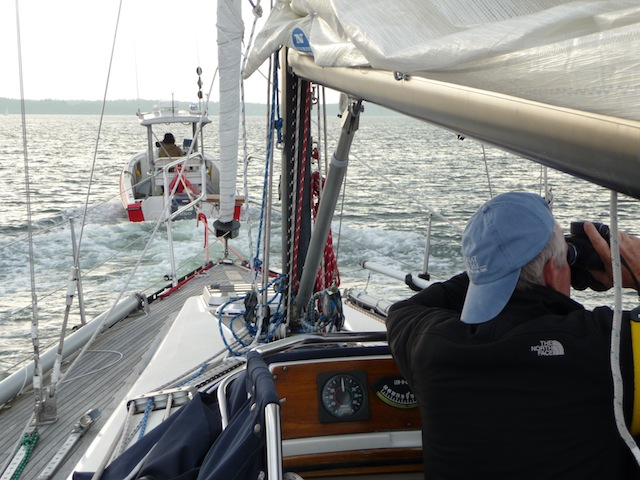 HAVING REMARKED in my last post on how my first outing this season was free of mishaps, I suppose it was inevitable something would go wrong the second time I got afloat. Fortunately, I was floating on someone else’s boat. My good friend Phil Cavanaugh (fellow SEMOSA founder and officially certified Better Person) enlisted me and our mutual poker buddy, Charlie McCleod, to help him bring Alida, his Baltic 35, to Falmouth Foreside all the way from Rockland. Ironically, to finish the delivery we needed help from TowBoatUS, which is precisely what happened during my second outing of the season last year.

We left Rockland at 0630 hours this past Wednesday in a fair bit of fog, which was appropriate, as this was how Alida had arrived at Rockland, two years previously, when we sailed her north from Marblehead in the 2010 Downeast Challenge. This time, at least, we were spared the rain, but we were rather chilly as we carefully motorsailed from buoy to buoy down Muscle Ridge Channel, then out past Monhegan Island. 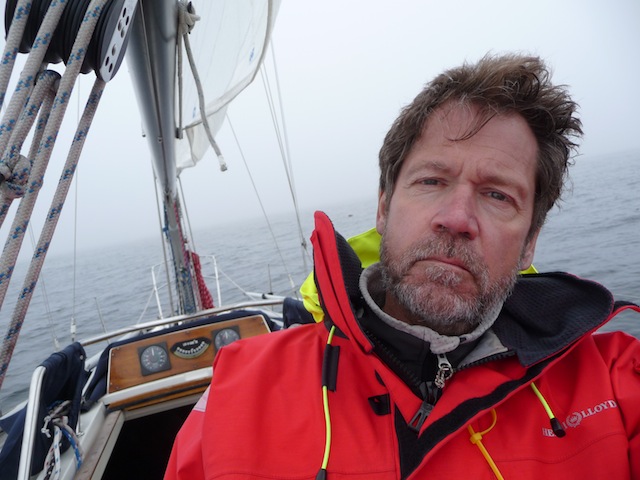 Even in a cold fog with a motor droning on we were happy to be on the water with the tang of salt air in our nostrils.

By the time we were south of Damariscove Island, off Boothbay, the fog was burning off, and by the time we reached Seguin Island, off Popham Beach and the mouth of the Kennebec River, the breeze was blowing from a useful angle. 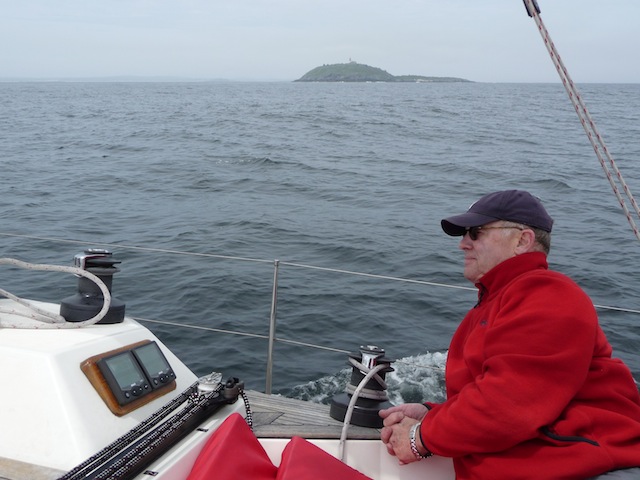 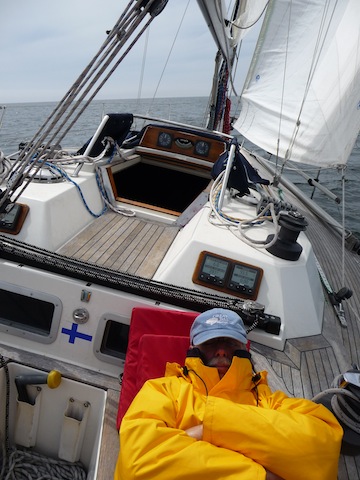 We shut down the motor, unrolled the genoa, and reveled in this. We got as far as Halfway Rock (so called because it is halfway across Casco Bay) before the wind started shutting down in turn. By now it was late afternoon, and though we reckoned we could creep and crawl with the last of the breeze the rest of the way to Falmouth, we were anxious to get there before dark.

But the engine would not start. Or rather it started once, ran for all of 30 seconds, then stumbled and died and could not be revived. 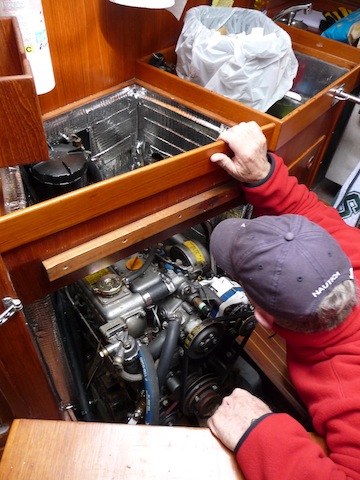 We kept sailing while we communicated with Ryan, the cheerful young man who represents TowBoatUS in Portland this year. He was finishing up a job in Harpswell, and by the time he caught up with us we were just six miles from Falmouth. As you might imagine, there was much debate aboard about whether it was really necessary to call him. 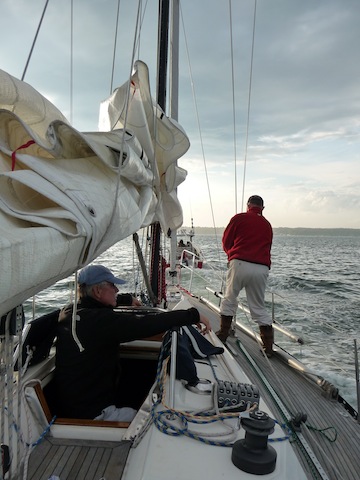 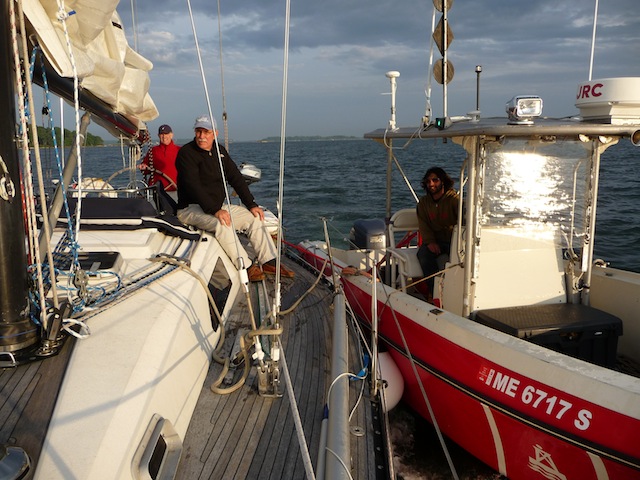 In the end, we were glad we did. None of us had ever been in the mooring field at Falmouth Foreside (it is reputed to be the largest in Maine), we did not know the location of Phil’s new mooring, and finding it in the dark, under sail without an engine, would have been a challenge.

No word yet on what’s wrong with Phil’s engine, but it likely it has something to do with fuel.