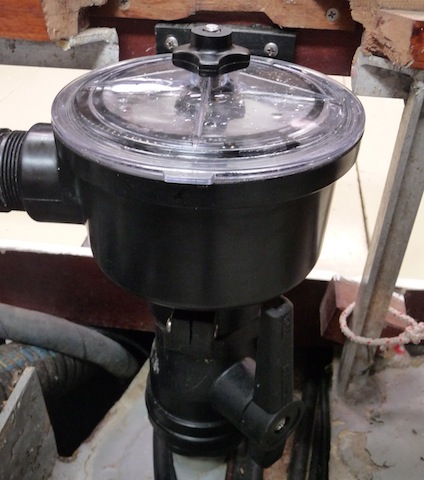 I promised to share pix of my new seacock/sea-chest installation (you’ll recall the old aluminum chest had corrosion issues) once it was in place. Lunacy got launched late last week and yesterday was my first chance to visit in a while. I was pretty pleased with what the guys at Maine Yacht Center have worked out here.

As you can see in the photo up top, they succeeded in installing a stock plastic strainer on top of a new Marelon seacock within the limited vertical space available under the cabin sole. The one intake line leading off the strainer is routed to a chest mounted on the port side of the compartment, where there are feeds for the engine, the washdown pump, and the toilet. 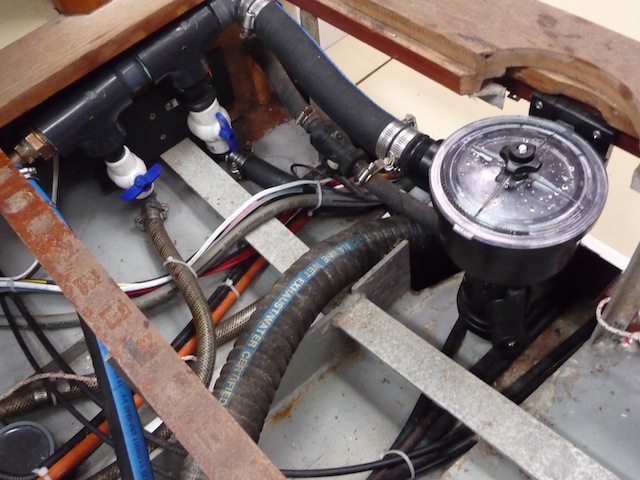 The raw-water intake system in its entirety 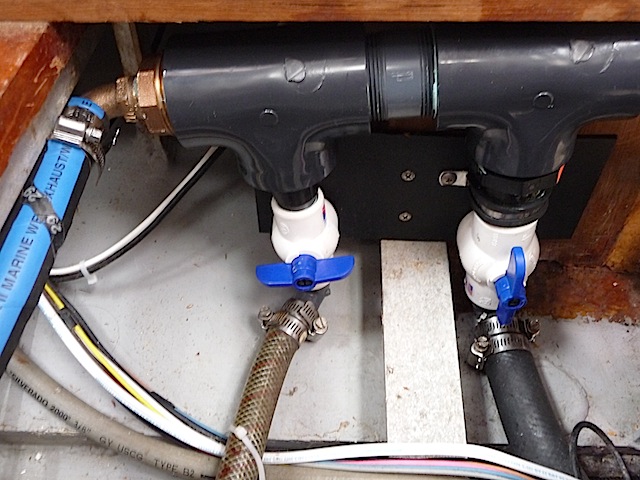 The toilet’s feed (left) has no shut-off valve here (though there is one at the toilet). The washdown pump (center) and engine feed (right) do have their own valves

Now I’ll be able to clear the strainer of debris without taking everything apart. Plus, when launching the boat, it will be much easier to burp the air out. I can also stop worrying about the seacock failing (which is how this project got started in the first place).

Meanwhile, speaking of aluminum corrosion, I’ve also developed a scheme to stop the accumulation of aluminum chloride hydrate in my water tanks. I put this rig together at my local Home Depot for all of $50. 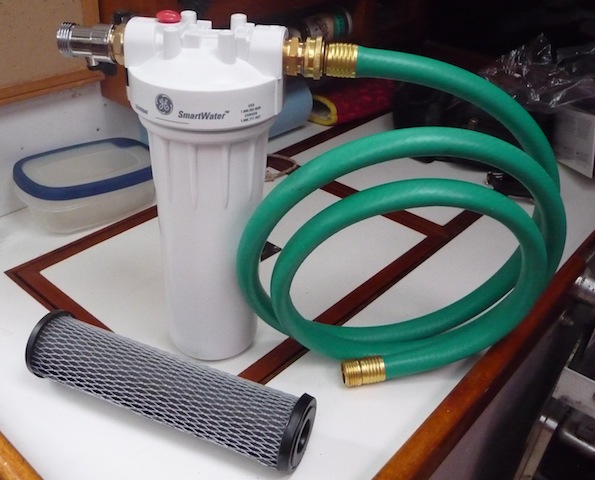 From now on all water going into the tanks from dock hoses will first be run through a carbon filter so as to screen out any chlorine. This should put an end to this annoying (and potentially destructive?) problem.

Even though it was pouring rain in Portland yesterday, I made myself put on all the sails, as conditions were otherwise perfect–a light to moderate breeze dead on the nose. Except for a couple of little things, the boat’s ready to go now. A little later this month we’ll be using Lunacy to run some MOB drills for the comic, which will give me a chance to practice my drowning skills. Be sure to stay tuned for that.